Meatloaf again?
Buy It From Amazon
Buy It On DVD
Buy It On Blu-Ray
Buy The Book

The Civil War rages in the background of Sofia Coppola’s The Beguiled, but the real battle quietly churns within a small group of women and girls holed up in a Virginia boarding school. Distant cannon blasts that occasionally cut through the persistent chirping of birds and crickets in the deteriorating antebellum setting are softened reminders of outlying wartime mores. The writer/director’s concerns are more primal than political – except for the gender kind, and the devilishly simple clash of inhibitions and desires crackles with delicate emotion and atmosphere.

Based on Thomas Cullinan’s novel, which was previously adapted in a very good 1971 version directed by Don Siegel and starring Clint Eastwood, Coppola’s take favors mood over direct psychological and physical thrills and a more measured perspective from the female characters.

One of the youngest girls, Amy (Oona Laurence), is collecting mushrooms on the overgrown grounds surrounding the plantation home/school when she comes upon wounded Union solider John McBurney (Colin Farrell). The corporal is taken in by headmistress Martha (Nicole Kidman), who sews the gash on his leg and mulls turning him over to the Confederates. The washing of his body influences her decision. Juxtaposing the cleaning and stitching of the nasty injury and the washcloth dabbing of his torso, each in closeup, provides rich stimuli.

As he recovers, John’s mere masculinity garners attention from the sheltered women, including teacher Edwina (Kirsten Dunst) and student Alicia (Elle Fanning). The former is more of a romantic, the latter more physically curious, both stirred by the fact that the guy cleans up pretty good. His encouragement of all them deepens the domestic disturbance.

Competition is well-mannered, at least at first, certainly a reflection of the girls’ schooling, and often darkly comedic. A dinner scene where everyone tries to wring credit for the delicious apple pie is a standout. The dining room, and all of the interiors, are dimly lit by candles, Coppola and cinematographer Philippe Le Sourd using the soft glow to mark the period and create a sense of flickering tension. Exteriors are genteel and grimy, the home’s stately columns stained and gardens unkempt. McBurney performs some superficial pruning, but transforming the grounds are as unlikely as his ability to manage the percolating romantic entanglements within the home, regardless of how powerful he feels in this situation.

Farrell manages to mute the skeeviness of McBurney and Coppola doesn’t completely condemn the cowardly manipulator. He’s just the instigator, the introducer of impurity and the focus for the female gaze. Dunst suggests a real sadness underneath her yearning, while Fanning radiates sexuality overcoming learned suppression. Kidman is the most restrained of all, leaving Martha’s internal moral contemplations mysterious. Her great, quiet performance is undercut somewhat by an uncharacteristically blunt speech (by the man) in the screenplay that dictates her desires.

The more sedate Southern Gothic aspects do a far better job of perpetuating the tension, the battle of wits formalized by the beautiful photography, glances, and dialogue spoken with polite yet purposeful intonations. Coppola doesn’t completely indulge in the bubbling over of passions, pulling back a bit in a climax that doesn’t get as uncomfortable as it could and is somewhat muffled by the matter-of-fact presentation.

If The Beguiled avoids some of the rougher aspects of the imbroglio, it makes a fitting statement on the aversion to complicated lessons learned and a reliance on tradition. In a way, it almost feels dirtier that after their whole ordeal and the looming post-war changes, these women are still so concerned with what’s well and proper. At least externally. 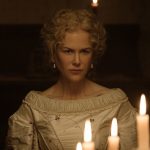 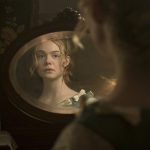 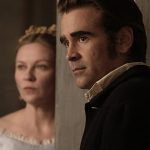