The American Meme
By: Christopher Null

I'm suddenly thinking about a burger.

But serial documentarian Bert Marcus, with The American Meme, does more than just profile celebrities that include Brittany Furlan, DJ Khalid, and Josh Ostrovsky, aka thefatjewish. He asks why? Or more to the point, he asks how? How did they get themselves on the top of the social media heap? And then he asks why anyone would want to be there.

The centerpiece of the film is Paris Hilton, who is profiled in surprisingly candid depth, tracing her career from childhood to modeling to the infamous sex tape that, in a normal world, would have been the end of the story. As we know now, that was only the beginning, a springboard to celebrity that saw Hilton feeding on the provocative clip and turning it into her own — at least once corporate America got over its fears of a middle America backlash and joined the game. Hilton’s Carl’s Jr. commercial went viral, and people started to realize, hey, there’s money in all of this. Hilton was the first to discover that you don’t have to do anything special to get famous, you just have to be good at grabbing people’s attention.

The remainder of Meme bounces among a half-dozen other web-celebs, who also discuss their backstories and, after talking about how a single Instagram photo can earn them up to $150,000, promptly bemoan how difficult their job can be. Some of these folks do seem to work pretty hard. Furlan is portrayed as basically a failed actress who turned her energy to promoting herself online with ruthless dedication. Ostrovsky seems like a fun-lovin’ criminal but is surprisingly astute about his place in our screwed-up, “Likes-driven world.”

While some of the pitfalls of this lifestyle — paparazzi, online trolls, the fickleness of fame — are discussed in passing, the film is at its best when Marcus gets around to some of the more serious problems in these people’s lives. Ostrovsky was accused of plagiarizing his posts, which led to Comedy Central canceling a plan to work with him. Furlan’s medium where she became a hit — Vine — was completely shut down, sending her “back to square one,” with all her content effectively deleted from the internet. Oddly, it is sensationalist photographer Kirill Bichutsky who is the only person who expresses anything approaching regret in the way his career has panned out, having traded in a promising career photographing “real” celebrities for promoting clubs wherein he pours Champagne on women and photographs the experience (or shoots them after they pass out). His upfront self-hatred and hypocrisy about how people use him and he uses them in return is ironically the most honest moment in the film.

Not that I feel sorry for him for a second.

It’s worth noting that The American Meme is not really about “memes” as we’ve come to know them — fairly short-lived phenomena like Star Wars kid or Grumpy Cat. Marcus pays very brief homage to real memes like these a couple of times in the movie, but I’d never use the term to describe someone such as Paris Hilton.

But hey, maybe Marcus just knew that was the title that would get him the most Likes. 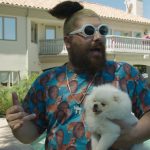 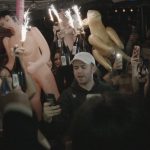 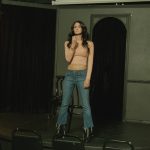