The Age of Adaline
By: Bill Gibron

Really? You don't look a day over 100.
Buy It From Amazon
Buy It On DVD
Buy It On Blu-Ray

There is a very intriguing concept at the core of The Age of Adaline, an idea muddied up by meaningless asides and undeniable coincidence. Had the filmmakers felt safe in their decision to tell the story of a woman who cannot age, who remains 29 years old over the course of eight decades, and the psychological and personal effect it has on her, we’d having something worth celebrating. Instead, this movie treats such dramatic potential with a strange “been there, done that” approach, ready to ditch the narrative gimmick to play matchmaker to a pair of likeable leads. Thanks to its stars, it barely succeeds.

Blake Lively is Adaline, a young woman in San Francisco. Born after the devastating earthquake of 1906, she lives a relatively uneventful life until, one night, she’s involved in a strange automobile accident which renders her immortal. She never ages, and when we meet up with her again, it’s 2015 and she’s working as a historian (naturally) in a museum. On New Year’s Eve, she meets up with a wealthy dot-com entrepreneur names Ellis Jones (Michiel Huisman), and is immediately smitten. Of course, she is also guarded regarding her condition and won’t let him in.

This makes Adaline’s adult daughter Flemming (Ellen Burstyn) angry. She wants her mother to find love, no matter her unusual condition. Reluctantly, Adaline starts to date Ellis and sparks fly. When she travels to his family’s country home to attend a celebration of his parents’ 40th wedding anniversary, it looks like their relationship will succeed. Something she discovers there, however, rocks the very foundation of her entire life, and Adaline is left wondering — should she run away again, as she has done with all her possible paramours, or stay, and try to find a way to make things work?

With a wonderful cast including Harrison Ford, Kathy Baker, and Amanda Crew, The Age of Adaline doesn’t suffer from a lack of polished performances. Everyone here is great, including Lively, who turns her character into a fragile, fascinating conundrum. On the one hand, she has literally witnessed the entire 20th century, moving from one technological and social advance to another. Yet she seems to have retained little about such an existence except the factoids that let her win at Trivial Pursuit. She can speak several languages, but not the language of love. Adaline, because of her condition/curse, has clearly closed herself off from the world. We want to see her open up. We want to see what’s inside. The movie won’t let us.

That’s because it believes in the idea that love conquers all, including all subtext. Ellis is a decent sort, but not necessarily “the one,” and yet the movie keeps pushing the relationship, asking its female lead to take a leap of faith and destroy 80-plus years of secrets in the process. While fairytale-like in its leanings, the film can’t avoid the truth about what would happen should the media find out that Adaline is immortal (we get a hint of this when the FBI, during the McCarthy era, track her down for “experimentation”). Then there is the “twist,” something we won’t spoil here, but argues for a world much, much smaller than the one we already live in. It’s beyond coincidence, becoming contrivance.

Still, with the excellent acting and a decent level of emotional involvement, The Age of Adaline kind-of, sort-of works. We don’t necessarily root for our heroine and her hunk to get together, but we do want this lost woman to be happy. There is an aura of sadness that surrounds Adaline that comes more from Ms. Lively than the less-than-expressive script she’s been given. Even in her most glamorous moments, she’s a mystery, and a poignant one at that. Handled correctly, we could have had a classic here. Instead, The Age of Adaline is a weeper that raises more concerns than true tears. 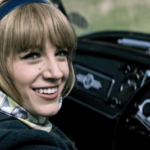 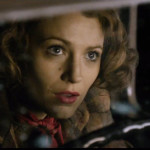 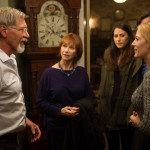