The 5th Wave
By: Bill Gibron

Where's My Love Interests at?
Buy It From Amazon
Buy It On DVD
Buy It On Blu-Ray
Buy The Book

The title says it all. After the success of Twilight and The Hunger Games–and the failure of film after film trying to capture the same YA fire–we are on yet another attempt, another “wave” if you will, of Hollywood desperate to coattail upon another accidental success. If it was easy to mimic Bella or Katniss’s run at the box office, Divergent, Ender’s Game, The Giver, The Host, and a laundry list of other teen to screen novels would be lined up, like superhero films, for the billions that await them.

Instead, just like those previously named efforts, this alien invasion flick with a forced double-romance in the middle makes the story of sparkly vampires and kids killing each other for the sake of dystopian entertainment seem like modern classics.

That’s because we know this movie’s character and narrative beats by heart. Cassie Sullivan (a bored Chloe Grace Moretz) is the good girl. She–mostly–obeys her doting parents (Ron Livingston and Maggie Siff) and loves her kid brother Sammy (Zackary Arthur) to death. One day, her world is completely destroyed when an extraterrestrial starship arrives. Oops.

In the first wave, all electricity is destroyed. In the second, the earth and billions of its people are consumed by earthquake-generated tsunamis. Third up is a mysterious avian-flu like disease which does even more damage. By wave four, Cassie’s brother is “taken” by odd “humans” who may or may not be working with the visitors. Wave five? Well, that’s the final solution, and with the help of two young men, Evan (Alex Roe) and Ben (Nick Robinson), Cassie hopes to protect her vulnerable sibling.

Based on a novel that barely had time to be a bestseller, let alone a classic, and copycatting so much of post-modern sci-fi that the genre should consider suing, The 5th Wave is competent, but never compelling. It’s got some decent destructive eye candy, lots of speculative intrigue, and some affecting performances. What it doesn’t have is a reason to exist beyond the basic idea that, once a formula finds paydirt in Tinseltown, the Xerox machine is warmed up and multiple faux facsimiles are executed. There is some good here. There’s enough bad, however, to guarantee nothing will come of the first installments attempt to launch a franchise.

That’s because The 5th Wave has nowhere to go. The opening aspects of the invasion–ship, waves, illness–are all handled in a slapdash set of first act sequences that ruin any real impact they could have. In 2012, Roland Emmerich destroyed the planet with water in spectacular fashion. Here, The Disappearance of Alice Creed‘s J Blakeson treats it as a throwaway, a necessary prelude to Moretz and her male costars making cow eyes at each other. In fact, fans of the book may be angry that so much emphasis has been placed on the search for Sammy that some of the novel’s more compelling elements have been jettisoned completely, or severely trimmed.

Thank screenwriting charlatan Akiva Goldsman for that, since he, along with Alex Pinkner and Susannah Grant, believe that all anyone will care about is the love story. The other issue here is about foundation that is laid. There are indeed two more books in the Wave chronology, which means by movie standards, three more films could be made (the last part has to be divided in half, thus spake the studio suits).

With a strong central core and characters to support it, we’d gladly settle in for the experience. But as The 5th Wave (and numerous other attempts) proves, mediocrity at the middle of any adventure leads to a distinct feeling of displeasure once the “to be continued” conceit rolls out. We need to be invested in the outcome and the people surviving it for a film like this to work. Since we never are, the only “wave” we think about is one of goodbye. 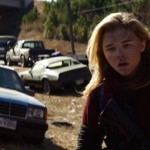 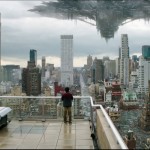 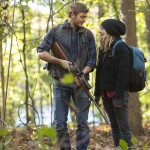