More often than not, it’s the money talking. Other times, it’s the desire of studios or down on their luck actors hoping for one more shot at mainstream meaning. In some instances, the revisit is welcome. In others, the need to come back for seconds struggles to have meaning. Whatever the case, Hollywood loves a sequel, and we’ve decided to focus on 10 that didn’t really need to be made. In each case, they were all following up a hit. In each case, they were bad ideas poorly executed… and yes, we’ve tried to stay out of the prequel/trequel/franchise argument. (cough Star Wars cough) In each selection here, once was more than enough. 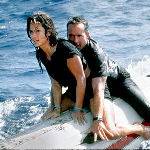 After the unimaginable success of Speed‘s twist on the tired old cat and mouse thriller, studio suits were desperate to repeat its success. Sadly, star Keanu Reeves had moved onto other things. So Sandra Bullock came back and brought new onscreen boyfriend Jason Patrick along for the ride. Instead of a bus, we got a boat. Yawn. Director Jan de Bont (returning as well) always felt the original was a “one time” shot with no real sequel potential. He was right. 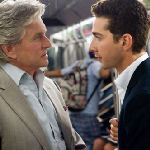 Oliver Stone wanted to reintroduce himself to relevance after spending the beginning of the new millennium in commercial no man’s land. Then he hit with World Trade Center and W. and it looked like he was back. But this return to the “Greed if Good” glory days of the ’80s with just a little of the 2008 economic collapse thrown in for contemporary cultural spin, proved that Gordon Gekko was a character and concept best left to the Reagan era. 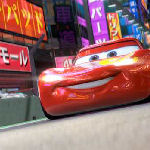 John Lasseter, head of Pixar (and now, Disney Animation) will argue until he’s blue in the face that Cars came out of his love of Route 66 and America’s ongoing romance with the automobile. What’s clear about this crass, creatively bankrupt sequel is that his bosses at the House of Mouse aren’t above killing art with artifice. The Cars toys are some of the company’s biggest sellers. More marketing material was mandated, and thus we have this unnecessary follow-up. 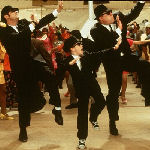 How do you make a movie out of something where half of what made it great no longer exists? Put another way, how do you attempt another Blue Brothers’ movie with John Belushi pushing up the daises? Apparently, you don’t give a rat’s ass and milk his memory for all its worth. Bring on John Goodman, Joe Morton, and one of those precocious kids that make you want to vomit and you’ve got something so sour that it almost eradicates the pleasantries of the previous installment. 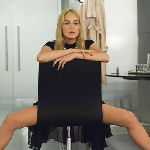 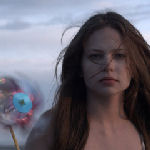 Wow — this one is REALLY bad. It’s a sequel in name only, a cash grab con which sees Donnie’s sister — Samantha — off on an adventure that even David Lynch would agree makes no friggin’ sense. We get visitors from the future, meteorites falling from the sky, and a sense of dream logic that is really neither. The end result is an affront to everything Richard Kelly’s cult fave stood for, and a typical example of Hollywood greed. 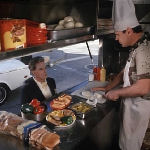 Hot on the heels of Animal House, the original Caddyshack offered another National Lampoon take on a storied subject — sports. Remembered mostly for Rodney Dangerfield’s lightning quick one liners, the studio wanted to repeat its success. So they got Chevy Chase, Dangerfield, and writing partners Harold Ramis and Peter Torokvei on board. Then Rodney got mad and quit. Then Ramis and Torokvei walked off. The rest remains a stain to the original’s laugh-out-loud crudeness. Oh, and there’s Jackie Mason.

When your first film is an independent cultural and cinematic phenomenon, it makes sense for the suits to come calling and ask for more. Well, Eduardo Sanchez and Daniel Myrick weren’t ready to return to the property, so distributor Artisan went ahead and made their own sequel. Abandoning the “is it real?” found footage approach, they got documentary director Joe Berlinger to do something more traditional. Fans were flummoxed and critics hated what they saw. Instead of another classic, Artisan made crap. 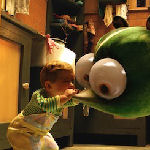 Now this is really bad. Uber bad. Cat sucking a tiny baby’s breath bad. Jim Carrey became a superstar off the reaction to his CG-aided starring vehicle. This movie more or less buried Jamie Kennedy’s film career forever. Playing a cartoonist who gets a girl pregnant while wearing the title accessory, therefore creating the creepiest hybrid child ever to freak out an F/X hungry demo, the movie is a major league disaster. Some complained that, without Carrey, no follow-up could work. Jimbo at his best couldn’t have rescued this junk.

What’s the bigger abomination? Deciding to create a sequel to a celebrated Oscar-winning classic, or doing so without any of the original cast, a weak link to the original, and a pair of non-icons in the lead. Jackie Gleason was once called “The Great One” but he’s definitely not that here. He plays ‘Fargo’ Gondorff, who helps con-man/boxer Jake Hooker (Mac Davis?!?) take down Doyle Lonnegan — again. What transpires is a travesty, a perfect example of why certain films should never be revisited.