We’ve had scary dolls and possessed puzzle boxes. There’ve been evil TV signals and horrific “don’t-watch-it-or-you’ll-die” videotapes. Even computers and the internet have been known to work their wicked ways on the unsuspecting user. Indeed, when superstition trumps truth, anything can appear to be the bearer of undeniable horror — or, at least, that’s what the ten films listed here would have you believe. Each one wants to chill you to the bone via the use of some ridiculous object as a conduit to the creeps. Even better, most bungle the delivery so badly that they are laughably lame. So before you don your trick or treat apparel and head out for a night of candy panhandling, check out the 10 most ridiculous haunted objects in the history of horror movies. A few may make you scream. Almost all will make you giggle… or groan. 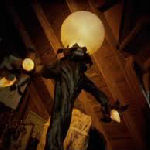 A bunch of priests enter the famed haunted house to cleanse it of its evil spirits. While doing so, they take the wickedness within and “transfer” it to a floor lamp. Naturally, a yard sale ensues, and two idiots decide to buy the unattractive accessory and give it to a family member (they have this “thing” about giving each other “hideously ugly” gifts). Of course, someone cuts their finger on the object. Soon, it starts driving the home’s various pets (parrot, cat) crazy and possessing the kids. Yippie! 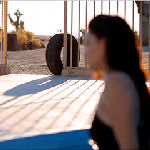 One day, a tire becomes self-aware. After learning how to stand/sit up and roll, it also uncovers a psychic proclivity that allows it to kill people. So it does. Over and over again. Apparently, road rage isn’t the only thing a piece of vulcanized rubber is capable of. As it turns people into pudding, a local sheriff shows up to try and figure out why so many humans are having their heads explode. Turns out, this tire has as many lives as a pre-roadkill cat. 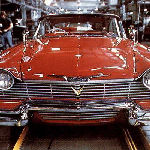 A complete and utter dork, bully fodder for fellow adolescents, stumbles upon a 1958 Plymouth Fury and immediately falls into auto-erotic love with the vehicle. Naming it “Christine,” he soon learns that the car has a haunted past and a propensity toward self-repair… and killing. After our hero becomes too cool for public high school, the muscle motor starts to grow jealous of his new gal pal. Then some idiots try and destroy Christine. “She” gets back at them, adding a decidedly blood-tinged hue to her already bright red exterior.

#7 – A Laundry Folding Machine (The Mangler) 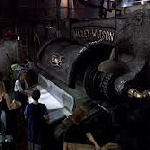 Stephen King must have some issue with inanimate objects going gonzo. He has the killer car of Christina and dozens of destructive items in Maximum Overdrive. But here, a massive industrial laundry device develops a mind of its own (actually, it’s possessed by a demon) and starts murdering workers one by one. So a cop shows up to investigate the deaths. Of course, none of this would be necessary if people didn’t find more and more moronic ways of coming into contact with the deadly device.

#6 – Tomatoes (Attack of the Killer Tomatoes)

Before there were children of the corn, there were these murderous veggies. (I know, I know, tomatoes are really fruits. Forgive me.) While a horrible hit song entitled “Puberty Love” sweeps the nation, a crop of vine-ripened rogues goes on a rampage, doing the best they can with their limited destruction capabilities. They wind up turning a California town into a panic zone. With the help of Mason Dixon, a chunky bureaucrat hand-picked by the President to oversee the investigation, the battle begins. 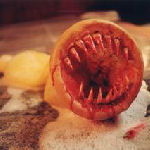 A gay detective named Luigi Mackeroni teams up with a rent boy named Billy to investigate a surreal series of deaths occurring at the local Hotel Quickie. Seems men are losing their penises at an alarming rate. Before he solves the mystery, however, he decides to make monkey noises with his cohort. Turns out, there’s some evil prophylactics going round, their raison d’etra being to bite off men’s wangs. Luigi loses his, turning this otherwise “ordinary” CSI (yeah, right) into a personal vendetta. 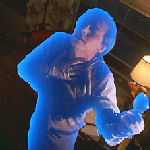 Nowadays, few would understand just what a “976” number is, let alone the horrors it could cause unsuspecting parents when the “$3 for the first minute, $2 for every minute afterward” billing statement would come due. In this case, Freddy Krueger himself, Robert Englund, made his directing debut with a story of a novelty phone service that, initially, only offers up creepy fortunes. Turns out, it’s actually a direct line to Hades and Satan himself. Some guys get possessed. Long distance rates apply. 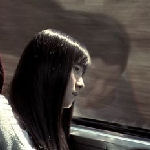 South Korea loves a good laugh. Or at least, that seems to be the case with this 2005 fright film that features a woman’s fashion accessory that suddenly starts slaughtering people. An older sister buys her terminal cancer patient sibling a wig. Turns out, it’s cursed. After causing marital discourse and other relationship-oriented issues among the girls’ friends, it takes on a life of its own, growing longer and larger. Eventually, it uses its long tresses to take on those that “wronged” it. Huh? 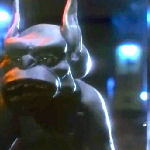 After a bunch of nerds are caught spying on the girls of ΔΔΔ, they are forced to break into a bowling alley and steal a valuable trophy. Turns out the award contains an evil imp whose accidental release turns everything into a bucket of blood. Featuring famed scream queens Brinke Stevens, Michelle Bauer, and Linnea Quigley, it’s more sex romp than scary movie (including an overlong sequences of the sisters showering) but our mean genie does do its best to make macabre mischief. 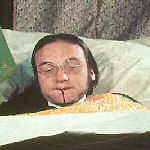