The 10 Most Offensive Characters in Movie History
By: Bill Gibron

We like to think of ourselves as enlightened. For every football player who drops the “N” word or reality show contestant who thinks homophobic humor is innocent, we have example after example of people and performers who take their role as multi-cultural lynchpins seriously, and act as such. It wasn’t always this way (and, sadly, in many cases it still isn’t), with the entertainment industry thriving off atrocious archetypes that, today, only make one hang their heads in shame. From the first major motion picture, D. W. Griffith’s Birth of a Nation to a joke name in a John Hughes movie, the media manufactures hate for the sake of a dollar or a racial dig. With that in mind, here are 10 Examples of the Most Offensive Characters in Movie History. There are many more. These, however, rank right at the top thanks to how unspeakably dreadful and humiliating they are. 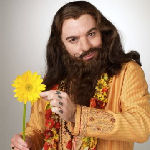 With the rise of East India culture both abroad and here in America, it was only a matter of time before someone decided to turn guru culture into the butt of some bafflingly bad jokes. But leave it to former funnyman Mike Myers to try and make a hate crime hilarious. Supposedly based on self-help mentor Dr. Deepak Chopra but with none of that man’s wit, wisdom, or heart, the artist formerly known as relevant took everything the Indian people find enlightened and crapped all over it. Literally. 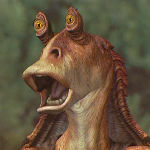 As a updated version of the man sitting at the top of this list, George Lucas should have known better, a whole lot better. Along with conniving Asian merchants and the closest thing to Shakespeare’s Shylock to ever appear in a so-called science fiction film, the man who made Luke Skywalker a household name decided that a bumbling, Jamaican-accented sidekick who constantly causes chaos would be a good idea. As with most of the things in these pathetic prequels, he was dead wrong. 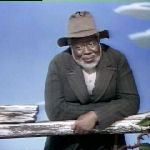 With a lineage that’s as questionable as much as it is beloved (the product of a white post-Reconstruction Southern journalist who wanted to preserve the African American oral storytelling traditions), this long exiled character, relegated to the vast emptiness of Disney’s merchandising vault, is seen as specious because of how ‘happy’ he is as an ex-slave. His backwards vernacular doesn’t help, either. Still, there are some who support this portrayal and product. They believe there are lessons to learn here. For them, it’s about context, not cotton fields. 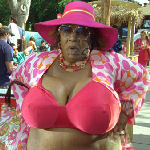 In a movie which already has Eddie Murphy coming dangerously close to taking over the second spot on this list, did we really need a variation on his plump Nutty Professor shtick? As offensive as any portrayal of the overweight comes, he had to go and add in every wrong stereotype about women of color as possible. Rasputia is seen as nothing other than a hateful statement against one particular gender of one particular race. Such malevolence probably cost Murphy as Oscar that year (for Dreamgirls) as well. 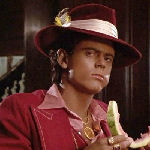 Blackface? In 1986? About a kid wanting to cheat Harvard out of a scholarship based on race? How can something so hideously out of step with contemporary morality end up being part of a proposed coming-of-age comedy? It didn’t matter, this horrible motion picture misfire was a massive hit, proving once again that Reagan-era audiences would probably have enjoyed a good old fashioned minstrel show if they got the chance. It was something Spike Lee would explore even further with his satirically brilliant Bamboozled.

#5 – Mudflaps and Skids (Transformers: Revenge of the Fallen) 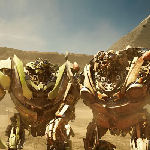 If it seems like we’re being repetitive here, it’s because Hollywood has a history of being less than sympathetic when it comes to avoiding stereotypes. In this case, two shiftless cars who spend more time mucking about than helping the cause are given ethnically questionable accents and a ton of street lingo — and we’re not supposed to draw any negative conclusions? Michael Bay even excused these automotive misfires by claiming they were nothing more than comic relief… for the kids. And we wonder where racism finds a foothold… 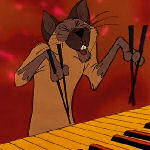 Speaking of kids, and Disney, yet again, the House of Mouse walks away with at least two more slots on this Wall of Shame, the first being another buck toothed-belittling of all Asians. The Siamese character in this cat-oriented effort plays the drums in an all animal band, and aside from his near WWII-propaganda looks and cymbal coolie cap, his Paul Winchell voice, complete with “l/r” trouble and random Oriental expression, is enough to make even the most biased viewer very, very uncomfortable. 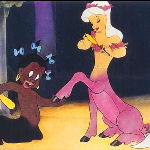 What? You don’t remember this character in that fascinating animated experiment from Uncle Walt’s world? You say you can’t believe Disney would stoop so low (we’ve already proved that theory 10000% wrong)? Well, this little centaur, cut from the movie in 1969 when audiences found it highly objectionable, was there in the beginning, when the House of Mouse wanted to show her as subservient and slavish to the other, prettier creatures. If you think the image is bad, you should really see her in action (check YouTube). 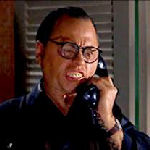 Wow. Almost no words can defend this defiantly awful attempt at being Asian. Granted, we’ve had other Caucasian actors play various Eastern characters. Everyone from Marlon Brando to most of the cast of Cloud Atlas have had a go at avoiding such stereotypes. But Hollywood legend Mickey Rooney reverts to a baser, unbelievably tacky take on a Japanese man, complete with exaggerated teeth, almost incomprehensible accent, and some very broad ideas on various Asian traditions. Believe it or not, the performance was actually praised when Tiffany’s was released. 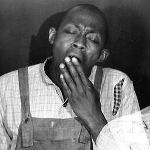 Almost every bad image of black performers, almost all negative concepts about what an African American is and isn’t, can find their foundation in the character created by actor Lincoln Theodore Monroe Andrew Perry. Though he would become the first man of color to receive a screen credit and earn $1 million over his career, he did so on the back of one of the most demeaning, derogatory personae ever put on film. Some have tried to categorize him as “subversive.” Shameful is more like it.

3 thoughts on “The 10 Most Offensive Characters in Movie History”