The 10 Greatest Cinematic Headtrips of All Time
By: Bill Gibron

Sometimes, a movie can make you mad. In other instances, it can cause you to alter your entire life. Sure, cinema tweezes our emotions, making us laugh, cry, cheer, and/or sneer at the drop of a directing credit, but when a film goes beyond this, when it actually moves from making your think to blowing your mind — now that’s something to celebrate. In this case, we’ve parsed the artform’s history to come up with the 10 Greatest Cinematic Headtrips of All Time. Think of them as celluloid LSD, or an aesthetic shot to your often comatose imagination. Within each of these films is an entire universe of possibilities and potentials. You have to find them, and that’s part of their frustrating fun. 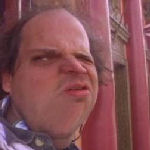 Many won’t know the first film on this list, and there’s a good reason why. While those into eccentric cinema are very familiar with the demented Damon Packard and his revisionist ’70s ABC Movie of the Week mindset (complete with fixations on Steven Spielberg and George Lucas), few have seen his amazing oeuvre. That being said, this surreal horror tone poem, featuring the filmmaker as a fat suit-wearing street vendor who keeps seeing visions of his dead(?) sister(??) is a trip into one man’s manic mangled vision. 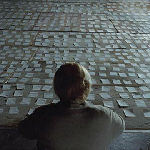 Movies don’t get any more maddeningly meta than this. Charlie Kaufman’s directorial debut centers on a theater director (Philip Seymour Hoffman) whose life is in freefall. His last play was a flop and his wife has left him. As luck would have it, he wins the MacArthur Fellowship and goes about staging his next work, something so real and honest that it will shake things up. Naturally, it requires reconstructing his own life in a warehouse, even casting actors to play him and the people around him. And then things get weird. 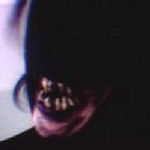 Another independent effort, this time from the very talented Eric Stanze. Shot with local actors in and around St. Louis, Missouri, the main theme is Heaven and Hell thrown out of balance. Something called “The Presence” is playing games with humanity’s morality and it’s up to a group of angels to recruit a potential suicide victim to save mankind. Scattered in between are hallucinogenic images, a non-linear narrative, and plenty of thought-provoking ideas. Considering its budget and technological constraints, it’s an amazing work of art. 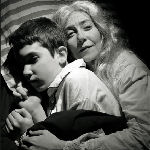 A man goes back to his ancestral home to do some renovations. In the process, he has 12 distinct memories of life in this rather peculiar place (it’s a lighthouse). From there we witness his boyhood, his unusual connection to his domineering mother, an investigation into the physical anomalies affecting the local orphan population, and an attempt at reverse aging. For director Guy Maddin, it’s just a meditation on memory, on how we view our distant past through the warped perspective of a manic modern world. Or perhaps not. 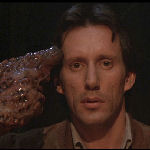 Fans are still trying to figure out just what David Cronenberg’s frenzied dissertation on the nu-media was/is all about. Predating the internet and the entire immersive nature of our current smartphone subjugation, we follow a local cable TV president (James Woods) as he uncovers a secret pseudo-religious cult cabal that worships an L. Ron-like leader who uses a pirate broadcast signal to skew the people’s perspective. He even goes so far as to suggest that our drive for unlimited input will radically alter our perception and physique. And then it does. 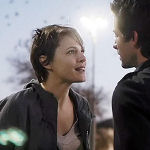 Shane Carruth’s masterpiece of human loss is actually about breaking the cycle of pain, not people being injected with psychotropic worms. There’s that as well, with additional oddities such as pigs as the new hosts for same, a man who steals from people by using said hypnotic grubs, and a fragile romance between two victims of the aforementioned mental infestation. Throughout it all, Carruth creates visuals so stunning they are like little perfect paintings come to life. It all eventually makes sense. You just have to look deeply to find it. 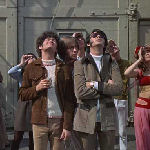 What better way to deconstruct your power pop phenomenon that to completely dismantle it and then piss all over it — peace, love, and flower power style. The Pre-Fab Four, angry over the direction their TV series and musical output was taking, hooked up with Hollywood hipster Jack Nicholson, who helped them draft a script which completely stripped away The Monkees’ squeaky clean veneer. The result was a revolution, the end of a media gravy train, and the beginning of a new appreciation for the “manufactured ” combo. 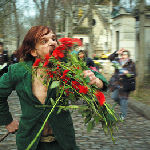 Apparently, we are all players in the universe’s human game of emotional manipulation, or so writer/director Leos Carax would have us believe. This stunning cinematic experiment, running the gamut of every motion picture genre possible, offers up a tired “actor” who sells his services to people in need of healing. He will take on whatever role is necessary in order to let his customers feel, and then forget, what’s most important to them. The toll it takes on the performer is immense. The thoughts it provokes in the viewer are unforgettable. 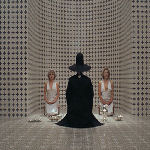 Alejandro Jodorowsky was on a roll when he made this stinging anti-organized-religion epic. El Topo had become a midnight movie hit and he wanted to continue his own obtuse genre jerryrigging. In this case, we follow an enigmatic con man who uses his resemblance to Christ to create a cult out of a series of scattered theologies. The ending cements the filmmaker’s hatred of all false prophets/promises. It’s the slap in the face he feels such charlatans deserve, dressed up in hallucinogenic allusion. 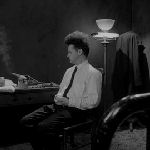 When it comes right down to it, this remarkable black and white masterpiece is nothing more than one frazzled parent’s reaction to the horrors of being a dad. There is also a lot of abortion imagery (pro and con) as well as the stark reality of what growing up and taking responsibility does to someone. Henry Spencer (Jack Nance), he of the high hair and perplexed look, may seem nothing more than a patsy, a man with rubber for a brain, but in reality, he is everyman — ruled by the fates, mired in his own lost laments. And tormented by an inhuman infant “thing.”

2 thoughts on “The 10 Greatest Cinematic Headtrips of All Time”