No, not remakes. We’re not trying to once again trot out the usual suspects and proclaim them as good or better than the originals. In fact, it’s safe to say that what we are concentrating on here is that age old dilemma of investing new life into an old idea. Sometime, the redux route is all you have. In other cases, you can call on the basic elements inherent in the idea or genre and rework them to your benefit. The end result usually highlights the best of the source while supplementing what made it viable in the first place. With that in mind, here is our list of the 10 best filmic reimaginations we’ve seen. A few are less specific than others, but for the most part, it shows that a solid foundation can be further formed into something special. 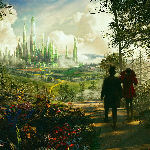 he Wizard of Oz

There have been many versions of the L. Frank Baum classic over the years, most famously the 1939 Technicolor extravaganza featuring Judy Garland and Ray Bolger. But in 2013, The Evil Dead‘s Sam Raimi was charged with creating a complicated backstory for the magical land the author envisioned and his efforts truly transported us to a whole new world of myth and magic. Oz the Great and Powerful reignited interest in the material, more so than any other previous pass. 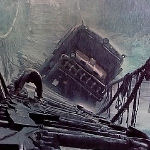 In the ’70s, there were few filmmakers has powerful as William Friedkin. He won an Oscar for The French Connection and captured the cultural zeitgeist with his Generation Gap via demonic possession powerhouse The Exorcist. Taking Henri-Georges Clouzot’s thriller The Wages of Fear, he created a study more concerned with character than the deadly cargo they must carry. The film failed in the wake of Star Wars. Today, it’s viewed as one of the director’s definitive works. 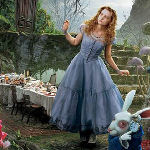 Like Oz, there have been numerous interpretations of Lewis Carroll’s crackpot fantasy. But when Tim Burton was asked to give the entire world of Alice and her friends a manic makeover, the decidedly dark riffs he incorporated led to an international phenomenon. Filtered through a surreal Victorian feminism and robust with visual imagination and invention, the story may seem pat, but the treatment of the source and its bevy of familiar characters is far from it. 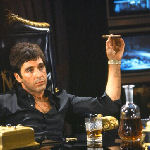 For the longest time, crime films functioned as clear cut cautionary tales, the bad guys beaten down by the heroes in white hats. Then Brian DePalma and Oliver Stone came along and decided to mess with that measure completely. Basing their tale on an old gem from Hollywood’s distant past, they rewrote the rulebook on violence, villainy, and what makes for a viable anti-hero. In Tony Montana, they found a genre twist that still resonates soundly to this day. 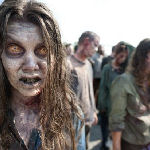 They started out as voodoo afterthoughts. Then they drew inspiration directly from Haitian culture. Before long, the living dead where nothing more than foolish ghouls. Then George Romero stepped in and gave them all their cannibal corpse cool. Now, a zombie can be anything from a love interest to a fast running death machine. Looking back at what came before, it’s hard to imagine these monsters as anything other than the brain-draining threat they are in contemporary fare.

It started out as a famous novella. Then Howard Hawks dressed James Arness like a giant carrot and created his own B-movie take on the material. But it wasn’t until John Carpenter stepped in and, with the help of Rob Bottin’s amazing special F/X, showed how truly horrific this idea could be. A true benchmark in splatter cinema, the Halloween director’s foray into evil alien shapeshifting reset the tone for all terror to come. 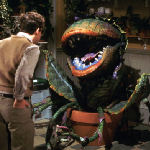 Roger Corman had access to the sets left standing for his previous Bucket of Blood, so he quickly cobbled together this classic piece of cult schlock. Then musical wannabes Alan Menkin and Howard Ashman took the material and built it into one of the greatest goofball song and dance fests of all time. Frank Oz directed the film version, and in an era when many thought the musical was dead, he resurrected the showtune spectacle with amazing skill. 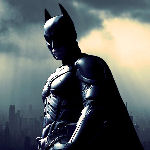 The caped crusader entered our pop culture consciousness thanks to a campy, kitsch ’60s TV show. He then became the basis for another of Tim Burton’s explorations of the enigmatic outsider. But when Christopher Nolan stepped in to reimagine the Dark Knight as a modern day crime fighter dealing with everyday street psychos, the combination was electrifying. For many, his fascinating films mark the beginning and the end of the comic book superhero epic. They may not be far off. 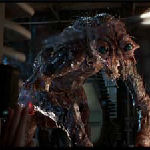 Consider how it started – a kind of silly horror afterthought in which a scientist tries to play God and gets his body parts mixed up with that of an insect. One memorable finale later and many still dismissed this otherwise laughable premise. But thanks to the king of body horror, David Cronenberg and his reinterpretation of the science (why not mix DNA, not just pieces), the idea became horrific. Even the ending, which argues for sacrifice over suffering, has the necessary operatic impact. 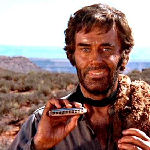 For the previous 40 years, the oater was considered entertainment’s go-to genre. Movies were constantly craved out of the old West mythos with TV and radio piling on for good measure. Then the Italians came along and decided to emphasize everything Hollywood hated — the anger, the violence, the bloodshed, the depravity. The result was a true reimagining, with Once Upon a Time in the West proving that the horse opera could be both pulpy and passionate… and perfect.