Yes, there are actually enough examples for a list. As a matter of fact, over the last few years, our fascination with the living dead has developed into a kind of obsession. For a while, only George Romero and various members of his creative posse were excused for continuing the zombie stomp. Now, anyone can…and does. There are TV shows, documentaries, video games, and even music centered on these flesh eating former members of the human race. Perhaps the best example of the offshoots remains the comedy, an already established horror subdivision which has as many fans as the more serious scary movies. Here are 10 zombie comedies you should definitely check out. They will provide enough giggles to get you past the gore… and the gratuity… and the occasional goofiness. 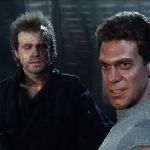 Okay, so it features a pumped up Joe Piscopo. Every one of these can’t be perfect. Treat Williams more than makes up for the sloppy SNLer, however, as he plays a cop who is killed in the line of duty. Using a device that brings people back from the dead, he becomes a zombie detective trying to figure out a series of deadly heists. The special effects are amazing. The jokes… well…

#9 – Poultrygeist: Night of the Chicken Dead 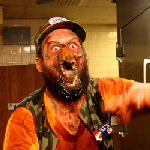 Troma had been silent for many years, functioning more or less as a distributor for other’s homemade horrors. But advocate and company president Lloyd Kaufman wanted to take down the fast food industry and so he designed this disgusting satire where a chicken magnate’s meat by-products turn customers into reanimated corpses. Even without eleven herbs and spices, this ridiculous romp is a gory, ludicrous delight, proving the home of the Toxic Avenger can still deliver the schlock. 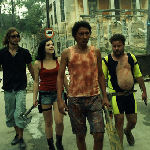 An amazing entry from last year, it represents Cuba’s attempt (and success) in merging mainstream terror with sly social commentary. After spending most of his life living on the Communist dole, good for nothing Juan decides to start a Capitalistic enterprise when it looks like his island nation is being overrun by monsters. With the government labeling the zombies as mere “dissidents” and a real feel and flavor for the locale, it’s both ingratiating and insightful. 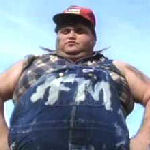 While this shot on the cheap ’80s creepshow is a mess, one element is genius–Bucky Santini as the bumbling behemoth good ole boy Ferd Mertz. This is an amateur actor for whom every line reading is a rip snorter, every reaction shot a combination of classic silent movie mugging and devil may care camp. By the time he’s trying to have sex with a severed pair of legs (don’t ask), we’d follow this freakshow anywhere. 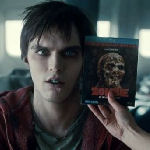 Adding romance to the already unstable ZomCom subgenre seems like a stretch, but Jonathan Levine of The Wackness and 50/50 fame finds the right combination of horror, humor, and heart to make it all work. Though the flesh eaters in this film are still quite terrifying, they are slowly remembering their former lives, resulting in a kind of wistful melancholy which recalls the best of all boy meets girl narratives.

#5 – The Return of the Living Dead 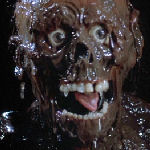 It started out as a way for original Night of the Living Dead scribe John Russo to make some money. He owned the rights to the “Living Dead” tag and wrote a novel of the same name. When Dan O’Bannon stepped in to adapt and direct, he decided to go in a totally different direction. The result is a dark black comedy where gore and great special effects mix with mindless idiocy as punks and foolhardy warehouse workers battle reanimated bodies. 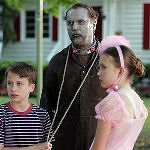 Why have so many people forgotten this film? Is it the sunny ’50s suburban setting, a backdrop which finds families adopting tamed “zombies” as menials and other members of the service class? Granted, the political portions are rather subtle (white Establishment types persecuting the ‘minority’ for being different) and the humor the same, but this remains a sharp and insightful look at how society might react should we get the better of those who are bent on destroying us. Sound familiar? 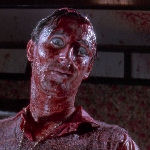 Otherwise known as Dead Alive, this is Peter Jackson’s delirious, blood soaked celebration of all things silly and splatterific. Our hero sees his mother bitten by an infected rat monkey. As she goes feral, he tries to keep her from eating the neighbors. Eventually, it’s our lead, and lawnmower, and throngs of the living dead. The resulting slice and dice is so inventive, so over the top and yet anchored in old fashioned slapstick, that you can’t help but laugh, even while you’re gagging. 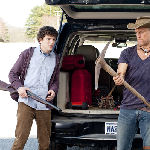 In a similar vein to our number one choice, this is the nerd-gasm version of the end of the world. Instead of zombies becoming the kind of plaque that places people in harm’s way, we get travelers taking to the roads to find solace – either in each other, a location, or a beloved snack cake. It’s like a hip stoner’s primer on what to do should the dead actually rise from the grave, except with more punch lines. 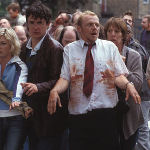 As part of their genre-bending trilogy (which continued with Hot Fuzz and will wrap up with The World’s End), director Edgar Wright and collaborators Simon Pegg and Nick Frost found the perfect mix of homage and original comedy. Taking their cue from decades of horror films, they find the right beats, the telling tropes, and the hoary old cliches that deserve deconstruction. They then filter through a buddy film mentality that makes the whole thing soar.

Comments (9) on "The 10 Best Zombie Comedies of All Time"