The 10 Best Vampire Movies of All Time
By: Bill Gibron

Before Anne Rice romanticized them (and Stephenie Meyer took that “endless” love element and ran with it), vampires were terrifying. They were frightening creatures who sucked the blood of humans, leaving an undead apocalypse (and many more hungry neckbiters) in their wake. Connected to other “children of the night,” they became myth and legend and within the earliest stages of Gothic literature, warning signs for a growing sexual awakening and fear of physicality. Today, they are sparkly jokes, rendered inert by a desire to make their menace into something misunderstood and melancholy. With the release to home video of the number seven film on our list (and proof that you can still spin a good vampire yarn if you try), we’ve decided to commemorate the 10 best vampire films of all time, and there will be no interviews or twilights to contend with. Just your typical fanged fiends looking to turn people into a vein-drained repast. 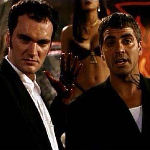 The first half of Quentin Tarantino and Robert Rodriguez’s revisionist horror film plays like what it is — a crime spree saga in which two criminal brothers (QT and George Clooney) take an unwitting family hostage, only to end up in a South of the Border strip club filled with undead strippers. As they fight to survive, Rodriguez then overloads the screen with all manner of splatter and gore. The result is a hyperactive horror romp with plenty of Tarantino’s patented conversational quirk. 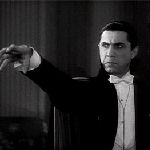 It’s the movie that made Bela Lugosi a legend. It was also the role that would dog the Hungarian-born actor for the rest of his tragic life. Based on the famed stage play that wowed audiences in the earliest days of the 20th century, Lugosi brought all the pre-Hayes Code sexual tension and post-Victorian terror to a more “modern” audience, turning the character into one of Universal’s most beloved and coveted creatures. For the man behind the cape, it was a curse. 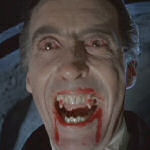 If there is one other actor who can match Lugosi in style and scare power, it’s Christopher Lee. When Hammer decided to resurrect the character for a series of pre post-modern revisions, the classy British gentleman became one of the screen’s most terrifying horrors. With ingenious make-up that rendered his eyes blood red and put a look of insatiable, insane hunger on his face, Lee let audiences know that, no matter the hearts and flowers subtext, the vampire was mainly a human killing creature. 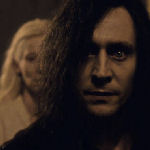 Jim Jarmusch recruited two unearthly actors — Tilda Swinton and Tom Hiddleston — to play immortal lovers whose carefully controlled lives are shattered by the arrival of the former’s less than selective sister (Mia Wasikowska). Instead of focusing on the fear factors, the famed indie director takes on the most obvious aspect of vampirism — the loneliness and loss of living forever — and transforms it into a lesson in sacrifice and survival. It’s the kind of “romance” both Rice and Meyer could only dream of realizing. 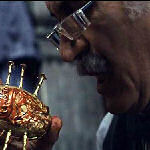 The first feature film from geek god Guillermo Del Toro is a dozy. In the 1500s, an inventor creates a mechanical device which allows people to live forever. Fast forward to the present day and an antiques dealer (Federico Luppi) discovers the machine among some old ruins, and soon learns of its power. He also discovers a corrupt businessman who will stop at nothing to obtain its secret. While not as baroque as his future offerings, Del Toro does a great job of redefining the vampire myth. 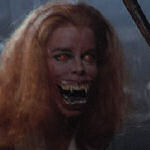 Forget the recent remake. It was decent, but not definitive. With a gaggle of glorious gory practical F/X set-pieces (including werewolf transformations and a melting man), this Dracula deconstruction tries to rewrite the rulebook while creating a solid mid-’80s creepshow. Director Tom Holland succeeds partly because of casting (including a terrific turn by Chris Sarandon as the suave monster), but also because of his desire to fill the screen with buckets of horror show sluice. This film is the very definition of a “bloody” good time. 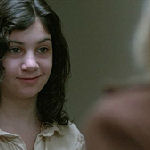 The only film to appear twice on this list (in both its foreign original and American remake versions), and with good reason. The whole Twilight-ing of the neckbiter had turned horror fans off of the subject totally. This brilliant Swedish film rectified the scare situation, at least temporarily, by offering up the allegorical tale of a bullied boy and his undead “protector.” Of the two versions, this is the less visceral, and even with all the blood and gore, it’s still heartbreaking… and terrifying. 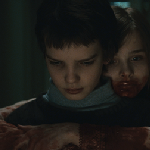 Adaptations and remakes usually don’t work. They can’t capture the original without deflating what came before. In the case of Matt Reeves’ masterpiece of modern macabre, the Swedish film at number four was reconfigured in light of the American obsession with child endangerment and worship, resulting in a fascinating take on the whole bullied, latchkey kid dynamic. As emotionally strong as Let the Right One In, this is one of the rare instances when an update (slightly) surpasses its former motion picture foundation. 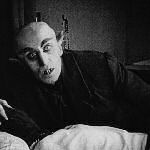 To this day, this silent masterwork remains hard to explain, and twice as difficult to shake. F. W. Murnau’s use of shadow and light creates a positively terrifying atmosphere, but it’s his casting, especially Max Schreck in the lead, that cements the film’s specialness. Like Lon Chaney in the fright films he made, this former stage actor transformed himself into something inhuman for the role. His ratlike visage and extended fingers have become the basis for many a modern vampire’s look. Of course, the original does it much, much better. 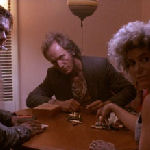 Before she won an Oscar for The Hurt Locker, Kathryn Bigelow was a genre director who dabbled in sci-fi and action before making a huge contribution to the scary movie cannon with this incredible film. Visceral, violent, brutal, and wildly inventive, we get Lance Henricksen leading a family of vampires across a blood-spattered and body-strewn New West. When his “daughter” decides she wants a male companion, their “family” unit is fractured. Often referred to as a “revisionist Western,” it’s also one of the creepshow category’s very best.

One thought on “The 10 Best Vampire Movies of All Time”