The 10 Best Stage to Screen Adaptations of All Time
By: Bill Gibron

Forget the musicals (we did). Forget the works of the Ancient Greeks or William Shakespeare (ditto). Including them in this list would render any other options obsolete. Over the course of the last 100 years, Hollywood has tapped Broadway and legitimate theater for all the singing, dancing, and high-minded drama it can. So what about the rest? What about the big screen versions not based in music or the masters? Well, with Roman Polanski’s take on Venus in Fur hitting home video this week, it’s time to celebrate the best stage to screen adaptations not featuring choreography or iambic pentameter. There are hundreds of examples of the media merging. These are just a few of the most memorable. 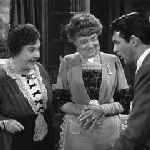 During its initial flirtation with stage adaptations, Tinseltown took on anything — revues, operettas, straight plays, and perhaps most importantly, comedies. Indeed, titles like You Can’t Take It With You and the work of the Marx Brothers dominated the market. This equally important effort is, perhaps, best known as being the film which cemented Cary Grant’s superstar status. It was actually filmed in 1941, but didn’t get released until three years later (when the play finally closed on Broadway). It’s one of the best examples of the art of the adaptation. 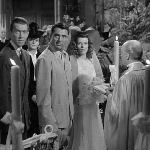 After a string of disappointments (which ended up labeling her “box office poison”), Katharine Hepburn backed Philip Barry’s 1939 play about a socialite whose marriage plans are complicated by the arrival of her ex-husband and a journalist. Hoping to cure her career ills, she accepted the role in the movie version, earning accolades (and an Oscar nomination) in the process. In fact, The Philadelphia Story actually righted Hepburn’s fortunes, turning her into the undeniable Hollywood legend she would later become. 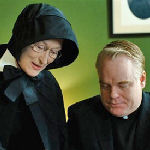 John Patrick Shanley owns all manner of awards (Pulitzer, Drama Desk, Tony) for this enlightened deconstruction of innuendo vs. truth. Set inside a parochial school in the ’50s, the film version of the play features a novice nun (in the movie, Amy Adams) who begins to suspect that the parish priest (Philip Seymour Hoffman) is molesting boys. She brings her concerns to the Mother Superior (Meryl Streep), who confronts the man. Verbal fireworks ensure. The ending is amazing. 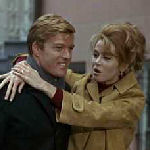 Some prefer The Odd Couple, but that show was almost completely rewritten when it hit the big screen. For this equally effective adaptation, writer Neil Simon simply let his words, and his actors, do the rib-tickling. The story of a newlywed couple trying to manage their new life in the heart of Manhattan, it’s a rather dated idea (he’s the attorney breadwinner, she’s the stay at home free spirit) that’s elevated by the script’s undeniable wit. Couple may be more familiar, but this is the Simon adaptation to see. 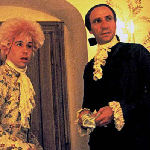 It’s all Tom Hulce’s fault. Coming so soon after his turn as Pinto in National Lampoon’s Animal House, it was hard for audiences to accept him as Mozart, the loud and immature genius of 18th century classical music. Luckily, Oscar winner F. Murray Abraham was there to add gravitas to the mythic composer’s goofiness as rival Salieri. Playwright Peter Shaffer penned the big screen script, giving director Milos Forman an excellent foundation to work from, allowing the filmmaker to flesh out the talent vs. temperament subtext marvelously. 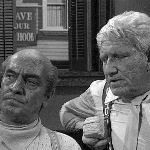 You wanna see some major league big screen scenery chewing? Then check out Stanley Kramer’s adaptation of Jerome Lawrence and Robert Edwin Lee’s fictionalized take on the creationism/evolution “Scopes Monkey Trial,” featuring Spencer Tracy and Fredric March in full blown bravura mode. Really a parable to discuss the then-rampant witch hunting brought on by Sen. Joseph McCarthy and his House Un-American Activities Committee, the film finds the perfect balance between the material and its meaning to deliver a devastating denouncement of blind faith vs. free thinking. 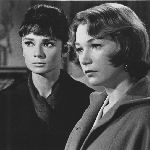 It’s important to note that Lillian Hellman wrote the original play in 1934, long before stories of same sex scandal and whispered provocations were permissible on Great White Way stages. In fact, the narrative’s inference of lesbianism was considered illegal under NYC law at the time (the law wasn’t enforced). After a 1936 William Wyler effort which changed the story for the screen, the director came back in 1961 with Hellman’s original intent intact. Shirley MacLaine and Audrey Hepburn are excellent as the accused boarding school teachers. 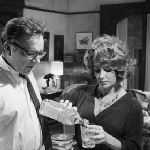 If you (mistakenly) believe that Elizabeth Taylor was/is nothing more than a pretty face and killer body when it comes to acting, check out this career-defining turn in Edward Albee’s brilliant play to get yourself set right. Paired with then-paramour Richard Burton, the classic old school Hollywood beauty is brilliant as Martha, the abrasive wife of wimpy college professor George. They have a secret that both booze and their battling can’t contain. The result is a riveting descent into one couple’s interpersonal hell. 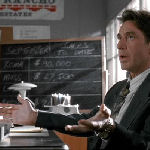 First things first — Alec Baldwin’s scene stealing character, doing a “favor” for real estate firm Mitch and Murray by shaking things up in a suburban Chicago sales office, doesn’t exist in the play. He’s an addition to the movie (added in by playwright extraordinaire David Mamet) to give the film version more “bite.” He succeeded, bringing with him a group of actors who truly sell his curse-laden laments about life as a soulless shill. While Al Pacino is the “star,” the rest of the cast shine just as brightly. 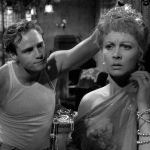 Picking something by the legendary Tennessee Williams might seem like sacrilege, considering we disqualified The Bard and the Great White Way’s song and dance sensations right up front. Still, there’s no denying the power in this adaptation, considering the casting of Marlon Brando, Kim Hunter, Karl Malden, and Vivian Leigh. All four were nominated for Oscars, with the last three earning Academy gold. The story of an unhinged Southern “belle” coming to live with her lower class relatives in New Orleans, it’s a masterpiece of material and performance.