The 10 Best Spy Films of All Time (Without James Bond)
By: Bill Gibron

He’s an effective agent with a license to kill. His code name — 007 — is known worldwide. He loves his martinis shaken, not stirred, and he brings down the bad guys while bedding the babes with equal efficiency and regularity. He’s James Bond, and though he’s been played by eight different actors (not counting voice work, spoofs, and other offshoots), he’s become the benchmark for considered spy cool. Of course, there are other examples of cinematic espionage throughout the history of film, but thanks to such famous faces as Sean Connery, Roger Moore, and Daniel Craig, this class act rules. In celebration of another ex-MI6 member — Pierce Brosnan — returning to the secret agent game with this week’s The November Man, we’ve decided to highlight the 10 Best Non-Bond spy films of all time. Sure, while there may be brainier examples of the spy game in film, these remain the most memorable. 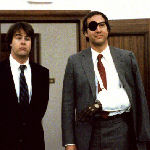 While it seems odd to add this film to a list of non-007 excellence, there is something creatively old school about this Dan Aykroyd/Chevy Chase Road to… movie throwback. Aping Bing Crosby and Bob Hope while channeling a then-contemporary Cold War thaw, this kooky comedy has become something of a bumbler’s benchmark. Even Seth MacFarlane and his Family Guy TV show thought enough of it to offer their own post-millennial spin on it, with Aykroyd and Chase reprising their roles. 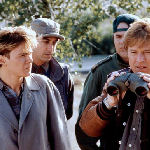 A former ’60s radical on the run (Robert Redford) and an ex-CIA officer (Sidney Poitier) team up with a group of high tech specialists to help companies uncover their security gaps. When the NSA shows up, offering a take-it-or-leave-it deal to recover a mysterious black box, our aging fugitive sees no other option but to agree. It turns out that said device is capable of breaking any encryption, and threatening world peace in the process. A smart and savvy thriller with a terrific cast. 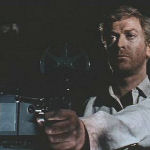 Michael Caine, the very definition of ’60s UK cool, plays Harry Palmer in a cracking adaptation of Len Deighton’s 1962 novel. Specifically styled to be the opposite of the playboy jetset Bond films, this gritty take on the material saw Caine’s character eschew much of what made Connery such an iconic if idealized version of espionage. Unlike 007, Palmer must put up with internal bureaucracy and a decided lack of the “good life.” Such designs make this movie a solid “swinging London” anecdote. 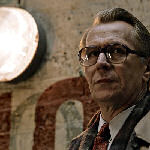 In 1979, a post Star Wars Alec Guinness brought John le Carre’s famed “spy’s spy” to the small screen in a hugely popular British TV miniseries. Thirty-two years later, Let the Right One In‘s Tomas Alfredson revived the famed character and novel to the big screen, earning actor Gary Oldman an Oscar nomination in the process. The tricky tale of allegiances and allegations argues for the thrills that can be found when brains replace guns and tact underlines political turmoil. 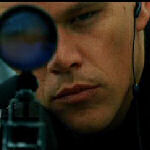 While they have very little in common with Robert Ludlum’s novels and characters, Paul Greengrass and Matt Damon more or less reinvented the genre with their shaky-cam take on the amnesiac CIA assassin. In fact, the action is so much more important than the other narrative needs (character, plot) that, sometimes, the Bourne films feel like exercises in style only. This one is the best, and the most mesmerizing, as it allows Damon to demonstrate a post-modern spy sensibility. 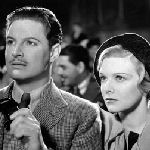 The Master of Suspense loved a good spy story. Espionage and its offshoots were at the core of several of his best films, from Saboteur to The Man Who Knew Too Much, Notorious to North by Northwest. This film, among his first and best, sets the standard for the genre with its skillful stylization and stripped-down storyline. Basically, a British man is “recruited” by a counter-espionage agent to help prevent the title organization from stealing state secrets. Naturally, things don’t go as planned. 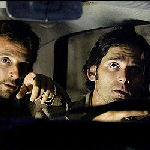 Steven Spielberg’s unusual take on the horrible events of the 1972 Olympic Games (where Arab terrorists detained and then murdered several Israeli athletes) doesn’t dwell on the crimes. Instead, Eric Bana is a Mossad agent assigned with the job of killing 11 Palestinians allegedly involved in the plot. Gathering together a “vigilante” squad of Jewish volunteers, this undercover team circumnavigates the globe, assassinating targets and musing over the morality of such “eye for an eye” tactics. One of the Blockbuster King’s best. 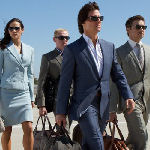 Brad Bird is the exact opposite of Paul Greengrass. Instead of trying to envelop the audience in a “you are there” first-person perspective, the Oscar winner went back to old school action filmmaking and created a collection of amazing action set-pieces, well choreographed and flawlessly filmed, in order to deliver one of the best installments of the Tom Cruise take on the classic TV series. Even better, the stunts help sell the storyline, including an amazing sequence involving the (then) tallest building in the world. 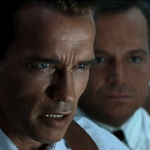 Hoping to give his buddy Arnold Schwarzenegger another potential franchise, James Cameron crafted this remake of the 1991 French film La Totale!, creating one of the best films in either artist’s canon. The former Governator plays a high-level U.S. agent, working risky counterintelligence. His wife (Jamie Lee Curtis) and daughter, on the other hand, think he’s a computer salesman. When a radical Arab group hijacks a nuke and aims it at Miami, all of their worlds collide in a combination of secrets and spectacle. 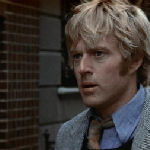 This excellent ’70s thriller got a lot of post-millennial love this year when critics compared it to Marvel’s Captain America movie (and the fact that both films feature the iconic Robert Redford). The handsome leading man plays a CIA researcher who returns to his office one day to find everyone dead. On the run, he has to figure out what happened, as well as who to trust. Loaded with post-Watergate paranoia and a terrific turn by Redford, it’s become the kind of benchmark that… gets referenced in a 2014 comic book epic.