The 10 Best Slavesploitation Films of All Time
By: Bill Gibron

As it prepares to hit home video, Quentin Tarantino’s terrific Django Unchained is raising the same ruckus it caused back during 2012’s weird awards season. Few saw the murderous mash-up of divergent genres as an Academy heavyweight, and yet it walked away with more accolades than other, more “meaningful” titles. While it’s easy to see the spaghetti western influences involved, Tarantino also tackled a weird subgenre of his favorite ’70s style — blaxspolitation. Here’s a look at ten film that may have influenced his efforts. Sometimes known as “slavesploitation,” they represent an often repugnant view of America’s sullied, segregationist past. 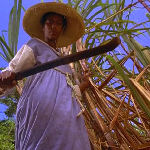 More allegory than atrocity, this little seen 1993 film features a model, working in Ghana, who is mysteriously sent back to the past to experience her “African roots.” The result is a stay at a brutal plantation where our heroine learns of the hard labors her ancestors had to endure. Never picked up for distribution by an American company, writer/director Haile Gerima traveled with the film, roadshow style. 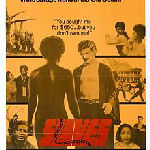 It represents soulful singer Dionne Warwick’s only attempt at acting… and it shows. This laughable 1969 effort is earnest in its attempt to “humanize” the slavery issue, but when it comes right down to it, this is still a story of how the white man drools over and exploits the human beings he owns. Stephen Boyd is the villain, with Ozzie Davis taking on the hero role opposite Miss “Do You Know the Way to San Jose?” 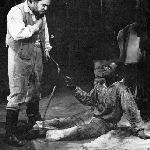 Harriet Beecher Stowe’s novel is noted for being part of the fuel that enflamed the Abolitionist Movement in the North, as well as laying the groundwork for several surviving (and sickening) slave stereotypes. The 1927 silent film version is notable for its extensive use of blackface, as well as the desire to keep Southern audiences happy through the cutting of several controversial scenes. 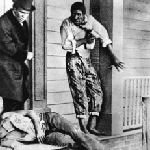 D.W. Griffith’s controversial “classic” is actually two films in one. The first tells the story of America during the Civil War. The second, however, is where this movie earns its rotten reputation. Decked out in blackface, white actors play predator through the antebellum South, raping and pillaging as a prerequisite to the eventual formation of the Ku Klux Klan. With its demonization and disregard for the truth, the film remains a disturbing groundbreaker. 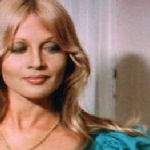 Russ Meyer’s take on the genre, though the noted exploitation God apparently hated the final results (it has remained relatively unknown amongst his otherwise memorable mammary epics). It focuses on a full-figured colonial slave driver and her desire for men of all sizes and shapes… and colors. More softcore than sadistic, it remains a weird amalgamation of the times and the temperament of the man behind the lens. 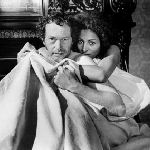 The sequel — of sorts — to our #2 selection on this list, the producers wisely bring hot mama Pam Grier along to up the sex factor, but still kept the cheesy nonsensical narrative about human chattel and mandatory violence. Instead of boxing, the film features a last act uprising which sees our hero castrate his owner — with his bare hands. 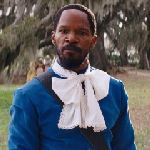 Channeling everything from spaghetti westerns to Jim Croce(?), the king of hodgepodge homage struck gold with this tale of a slave turned bounty hunter. In fact, writer/director Quentin Tarantino earned an Oscar for his expletive-filled screenplay and Inglourious Basterds’ Christoph Waltz picked up his second trophy for Best Supporting Actor. A sleazy story of the Deep South with blissful bloody revenge elements. 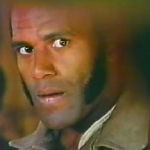 Horribly un-PC title aside, this film was considered one of the best examples of the fiscally powerful blaxploitation explosion in the early ’70s. Fred Williamson and two ex-slave comrades seek freedom in the old West. Naturally, they are chased by those determined to keep them down. The title character survives a last act gun battle to star in two sequels. An obvious inspiration for Tarantino. 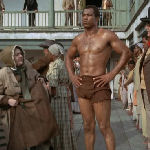 The moment you hear an aged James Mason profess his love for the “pure bleed” property of his plantation, you know you’re in for some good old-fashioned schlock. Then the movie starts its interracial bed-hopping and all bets are off. Noted for giving former heavyweight boxing champ Ken Norton his shot at Hollywood stardom, we have yet another reference found in QT’s 2012 hit. 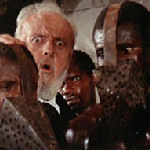 Leave it to the Italians to truly take us self-important Americans to task. In their infamous, pseudo-documentary made in the “mondo” style, Gualtiero Jacopetti and Franco Prosperi go back in time and visit the horrors that was slavery in the South.  Full of sex, violence, and veiled truth, the end result is less of an expose and more of a denouncement of everything the U.S. did during the 1800s.