The 10 Best Revenge Thrillers of All Time
By: Bill Gibron

We know it’s coming, and we can hardly wait. We’ve anticipated it from the moment we learned of our lead’s previous life as a member of a secret agency. As a Russian hitman hounds his every step, our hero is painstakingly plotting out his payback in cold, calculated killings. Everything is up for grabs — guns, knives, power tools… until all that is left is a pile of bodies and a wholly satisfied audience. That’s the purpose behind the revenge thriller, a genre exemplified by the recent release The Equalizer. In that film, Denzel Washington plays the ex-Special Ops expert who helps unjustly victimized people get their due, vigilante style. With that in mind, here are 10 other examples of the standard, each one offering up a recognizable premise followed by some incredible satisfying retribution. 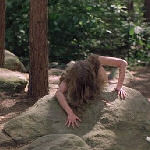 Many consider this one of the most vile and reprehensible films of all time, but that’s probably because of the visceral nature of both the setup and the send-off. A young female writer travels to the country to relax and recharge. Instead, she is gang raped by a group of locals. Left for dead, she takes it upon herself to destroy her attackers one at a time. Originally entitled Day of the Woman, the more exploitative title matches the movie’s incredibly sleazy and seedy underbelly. 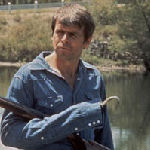 A Vietnam vet returns stateside after several years as a POW. Needless to say, his homecoming is less than friendly. His wife has taken up with another man and a group of outlaws robs him of a financial reward he is given. Then they attack his family. When the blood dries and the corpses have been removed, our hero is left hollowed out and ready to kill. William Devane is sensational as the lead, looking to make up for his torment via murdering as many people as he can. 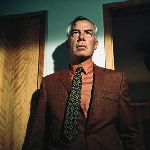 Lee Marvin is enigmatic in John Boorman’s cult classic. Adapting the 1962 pulp novel The Hunter, the film follows two criminals during a robbery. Naturally, one double-crosses the other and runs off with the money — and his pal’s wife. Marvin plays the patsy. Surviving the setup and seeking payback from those who wronged him, he works his way through the various levels of the underworld, finding his marks and “making things right.” A tight and taut film with a particularly dark and dire subtext. 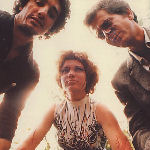 Wes Craven adapted Ingmar Bergman masterwork The Virgin Spring and ended up creating one of the most memorable horror movies of all time. The story follows the standard tropes — a young girl and her friend head out to the city for a concert only to get picked up by some nasty nogoodniks, and it’s not long before rape and death occur. In an unlikely bit of happenstance, the killers wind up at the home of one of their victims. When the parents find out what happened to their child… 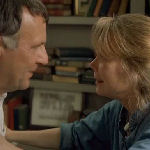 A happily married couple must deal with their son’s relationship with an older woman. Then her ex kills the boy. Since his family is well connected in this small Maine town, it looks like he will get away with the crime. Then the devastated family steps up. Todd Field’s brilliant movie makes the most of having otherwise law-abiding people suddenly stumble into the realm of the wicked, working magic on a tale as timeless as those in the Old Testament. 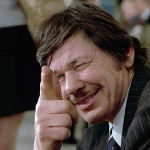 Charles Bronson became a cultural icon for his role as Paul Kersey in Michael Winner’s 1974 thriller. A combination of the right role at the right time in our societal history, the former character actor plays an architect who learns his wife and daughter have been raped and tortured by a typical NYC gang (including an uber-young Jeff Goldblum). After arming himself, he begins a systematic stalking of the Big Apple’s most crime-ridden areas, dishing out vigilante justice as the press publicizes his effort. 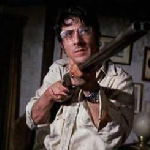 A young couple moves out into the country (seems like we’ve been typing this a lot in this piece). He’s an intellectual. She’s a free thinking proto-feminist. When they arrive in the small English town she grew up in, they come face to face with her violent and unpredictable ex. One rape later and our meek male must step up and defend his spouse’s sullied honor. Sam Peckinpah continued his bad boy reign over Hollywood’s last pre-postmodern gasp with this effort. The results are both shocking and oddly poetic. 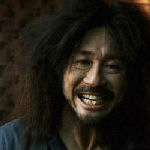 A drunken businessman finds himself abducted and held in a prison-like hotel room for 15 years. When he’s released, he begins the process of trying to figure out who took him, and most importantly, why. Eventually, everything doubles back on itself, turning a simple tale of revenge into a weird hybrid of vengeance and personal payback. While the recent remake was decent, stick with the original. Director Park Chan-wook’s aesthetic approach adds to the sense of the character’s desperation and dread. 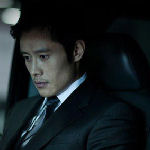 One of the most brutal films of all time, this South Korean classic pits a National Intelligence Service agent against a sadistic serial killer who just so happened to murder the former’s fiancé. As he gets closer and closer to his target, our hero learns his prey’s sickening proclivities as well as how easy it is to fall into the same kind of psychotic obsession. The finale, featuring the confrontation we’ve all anticipated, is one of the most harrowing and horrific sequences ever. 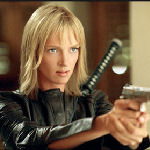 Uma Thurman’s Bride was once a part of deadly death squad. Then the title leader turns on her and orders her dead. One failed assassination attempt later and our heroine his hobbling out of the hospital, post-coma, ready to wreak havoc on all those involved. Carefully, she tracks down her former colleagues and uses her substantial skills to confront (and defeat) each one, her main goal being to get to the man who plotted the attempt on her life in the first place.