The 10 Best Psychological Horror Films of All Time
By: Bill Gibron

With The Conjuring reminding us how effective an old fashioned scary movie can be, it’s time to explore the difference between a standard spook show, an all out gorefest, and the more subtle, subjective psychological horror film. For us, it’s all about suggestion. The mind’s eye needs to make up for what is not being shown onscreen. Something like John Carpenter’s The Thing might have elements of unsettling tension and suspense, but the amazing F/X by Rob Bottin provide the payoff a true psychological horror film avoids. In other instances, violence and bloody imagery can be used to add more fuel to the mental fires, but it shouldn’t overpower them. Sticking with the more subtle, less splatter-oriented selections, here our choices for the 10 best examples of the scare subgenre. Just remember, what you can’t see may hurt you more than the man in the hockey mask coming at you with a machete. You never know. 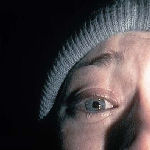 Three college students with delusions of documentary filmmaking grandeur step out into the Massachusetts’s woods… and are never heard from again. When their camera footage is found, we discover the horrific events that played out before their lens. As the granddaddy of the now dying first person POV film, this one still packs a wallop. The final shot remains one of the most nightmarish cappers to a horror movie ever conceived.  The rest of the film’s not bad either. 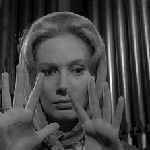 A word of warning – stay away from the 1998 remake. It takes everything this fascinating Herk Harvey effort attempted and treads all over it. In the original, the filmmaker found an abandoned amusement park along the side of an Utah road and decided to build a film around it. The result is a surreal, slightly silly take on one woman’s journey into what really happened the night of a fateful car accident. The imagery and last act “dance of the dead” offer up horror imagery to dredge up your worst nightmares.

Using a real asylum as a setting (only parts of it, the rest was too “unsafe” to film in), this atmospheric tale of dread (one of the first horror films captured on digital) centers around a group of workers removing asbestos from an old hospital, only to find that the aging facility is not as “abandoned” as they thought. Paralleled with some incredibly creepy interview material from the previous patients (including one named “Simon”), it’s an amazingly effective journey into solid psychological fear. 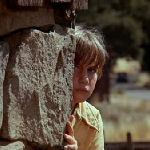 It’s the 1930s and twin brothers Holland and Niles are up to no good. On their idyllic farm, some fairly bad s…tuff is going down. A cousin gets impaled on a pitchfork. Another person dies of a mysterious heart attack. By the time we’ve discovered the movie’s shocking secret, there’s a missing baby and a barn on fire. Whoever said that children were innocent and unable to commit acts of horrible violence never met these two. After the reveal, we realize, neither have we. 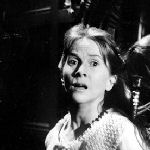 Perhaps the best haunted house movie ever made — and with good reason. Shirley Jackson’s novel may have tried to spell things out in specific terms, but director Robert Wise made the decision to have most of the scares be merely suggested, using sounds and only occasional obviousness (“HELP ELEANOR COME HOME”) to highlight the horror. Julie Harris and Claire Bloom are excellent as the duo chosen by a doctor to help him investigate the residence’s notorious paranormal state. A truly unnerving experience. 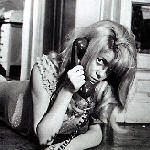 Roman Polanski’s first of two appearances on this list, though this effort, starring the stunning Catherine Deneuve, is just as good as the Hollywood hit that would establish his international commercial reputation. A troubled young woman prone to sleepwalking and hallucinations starts killing men who make her life more complicated. In between, Polanski paints a portrait of decaying mental sanity that is both memorable and maddening. By the end, we want out of this tension-filled fever dream. Unfortunately, the director won’t let us. 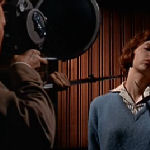 Simply, it’s the story of a photographer who kills women with a sharp blade in his tripod, filming their reactions as he slowly stabs them to death. Symbolically, it’s a masterful meditation on the drive within the voyeur and the need to connect, somehow, with their victim. The film was so controversial at the time that director Michael Powell was more or less blackballed in his native England. Today, along with the selection at number two, it’s considered a standard-bearer of post-modern macabre. 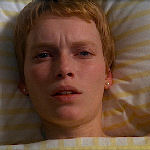 Polanski again, this time working from a celebrated novel by Ira Levin. Former schlock producer William Castle wanted to go “legit” with this tale of a woman promised to Satan as the mother of his child. Not until the end do we understand what is happening to poor Rosemary Woodhouse. Initially, she appears to be merely paranoid about her new position as wife and wannabe mother. In the end, when the truth is revealed, her shock is as horrific as her final decision to play parent. 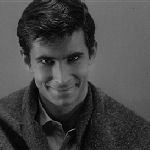 Alfred Hitchcock was in a bit of a funk, creatively, when he decided to ditch his typical Technicolor meticulousness and create a craven, horrific tale of greed and murder. Messing with all the conventions of the time, he crafted a brilliant dissertation on audience expectations and little boys with mother complexes. Anthony Perkins owns the film, finding the right balance between meek and mild and murderously unhinged. You’ll never look at a shower the same way again, and that’s exactly as Hitch intended it. 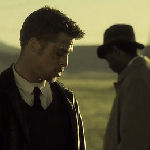 Slipping outside our definitional comfort zone just a smidge, this amazing masterpiece from director David Fincher is the first and last word on the unsettling suspense delivered by two dedicated cops tracking a horrific serial killer. No massive action scenes (there is one foot chase). No blathering reveal — just a conversation in a car between two weary detectives and the man who will eventually one-up them. With no single scene or shot out of place, this will remain a benchmark of psychological terror for years to come.