The 10 Best Movies About Summer
By: Bill Gibron

We all remember summer vacation. No more classrooms. No more books. No more teacher’s dirty looks (not that my instructors were prone to such sideways glances). It was a chance for freedom, to spread our pre-adolescent wings and flap our way to May through August glory. Of course, there were pitfalls, even if many didn’t involve man-eating sea creatures, racial tensions, or a two bit dime store hood and his creepy greaser gang buddies. No, summer was also special, and singular, which is why film versions of the time are so varied. Those which click remain part of our shared longing. Those that don’t drop away like so many Canadian girl/boyfriends. So here are our choices for the 10 Best Movies about the Summer, each one as precious as that first firefly on a humid June eve. 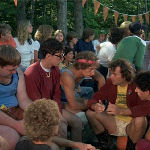 Our first entry on the list asks the musical question “Are you ready for the Summer?” as a group of goof-off counselors (headed by a fresh faced Bill Murray) prepare to babysit a bunch of big city kids looking for some vacation fun. Naturally, there is a rival camp who offer a more blue-blooded approach to the sleepaway experience. While the main narrative features hook- and screw-ups, a significant subplot has Murray’s character mentoring a boy (Chris Makepeace) awkwardly coming of age. 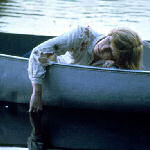 With Meatballs, you have the upside of a summer spent away from home. With this influential slasher film, you have the dark, disturbing dynamic. After a situation in the past which left two counselors dead and a town whispering over whodunit, a new group of teens shows up to get Camp Crystal Lake open for the season. Unfortunately, their presences wakes up the long simmering evil in the area, resulting in cut throats, arrows in the eye, and hatchets to the head. 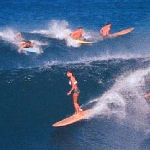 In the early ’60s, two main threads developed in popular culture. On the one side was The Beatles and the British Invasion. On the other was the Beach Boys and the whole California surf and sun lifestyle. This highly influential documentary, focusing on Mike Hynson and Robert August, inspired thousands of wannabe Moon-Doggies to grab their board and beat a speedy retreat to the nearest waves. Along with Brian Wilson’s songwriting genius and the growing counterculture, the images in this film shaped a generation’s view of being young. 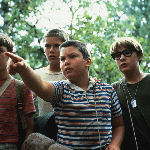 Based on the novella The Body by Stephen King, this nostalgic look back at four boys’ journey to see a dead body became a cinematic statement on the universality of childhood nostalgia. Rob Reiner perfectly captured the camaraderie and shared bond between divergent adolescents in the late ’50s, blending in just enough threat (in the persona of Kiefer Sutherland and his gang of nogoodniks) to make the minor victories all the more sweet. It has since become every moviegoer’s shared memory of their youth. 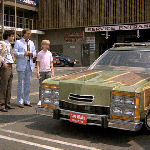 When the famed humor magazine was looking to continue its film franchise (after Animal House and Caddyshack), it pegged writer John Hughes to turn his short story about a trip to Disneyland into this classic road comedy. Offering Chevy Chase one of his few memorable post-SNL roles and ripe with classic moments (“The dog wet on the picnic basket!”) the film was a major hit and fueled a string of so-so follow-ups. Anyone who’s ever suffered through a long car journey with their dysfunctional family can relate. 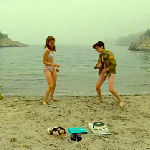 A newer offering (it came out in 2012), but like Stand by Me, Wes Anderson found the pitch perfect tone for his tribute to ’60s nonconformity. When belated beatnik Sam Shakusky convinces island proto-flower child Suzy Bishop to run away and join him in an idyllic fringe existence in the woods, it really doesn’t matter that they are only 12 years old. Instead, Anderson crafts a deft look at a time when Establishment parents didn’t understand their increasingly rebellious kids and both seemed lost. 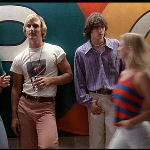 Set during the last day of school in a ’70s Texas town, Richard Linklater’s love letter to sex, drugs, rock ‘n’ roll, drugs, and incredibly tight jeans is like a snapshot of Me Decade deliverance. From the random acts of bully violence to smoking weed and listening to Foghat, the details are so definitive they play like a unusual documentary. When a too-old-to-be-trolling Matthew McConaughey shows up to sing the praises of high school girls, the flawless portrait is complete. 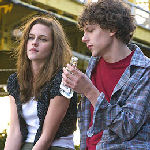 Greg Mottola established his indie creed with The Daytrippers before taking Seth Rogen and Evan Goldberg’s Superbad script and turning it into a sublime piece of high school comedy scatology. This self-penned look at the Summer of 1987 is, however, the best coming of age movie ever. In it, Jesse Eisenberg plays a graduate school bound slacker who can’t quite figure out what he wants to do. After a few months at the local amusement park, the picture isn’t much clearer, but it’s much easier to digest. 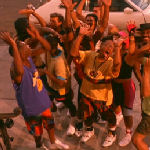 Spike Lee deserved an Oscar for this incendiary look at race relations in the ethnically diverse Bedford Stuyvesant section of Brooklyn.  His insights are so accurate and his narrative flow so powerful that by the time a riot breaks out at the end, we understand there was more than the oppressive summer heat fueling this fire. Considered controversial at the time, it has since grown into one of the more prescient views of the urban struggle ever committed to film, drugs or no drugs. 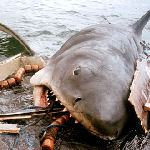 How can you beat the summer blockbuster that started the whole summer blockbuster craze, especially when it too was about a perilous 4th of July weekend where a man-eating shark has staked out a Northeastern island resort as its new feeding grounds. While the last act of the film is a pure cat and mouse (fish?) thriller, the first half focuses on life in the permanent vacation venues of our beach communities and resorts. Besides, Steven Spielberg forever ruined the three-month repast with his “don’t go in the water” ways.