The 10 Best Movie Hitmen (and Women) of All Time
By: Bill Gibron

They’re cool and calculating, ruthless and heartless. They can charm as well as harm you. When our government employs them, it’s usually as part of a Black Ops thing. For everyone else, they’re muscle to make the point in hollow tipped exclamations. In the vernacular, they’re called hitmen (and women). In the film game, they’re the stars of some of the most rousing thrillers and action efforts of all time (as Keanu Reeves hopes to prove with John Wick, arriving this week). With that in mind — and leaving international espionage out of the conversation this time around — we present the 10 greatest examples of paid murderers in motion pictures. While their methods are cruel, their cinematic status is classic. 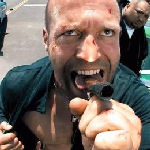 After a notorious youth that ended with a heralded appearance on the fictional Luke Cunard talk show, an adolescent Chev moved to LA where he became a contract killer. Over the course of two brain-bending films, the character survives a prearranged poisoning, as well as the removal of his heart (don’t worry, the bad guys gave him a temporary electronic one). As played by Jason Statham, what we wind up with is the closest thing to a superhero style hitman ever. 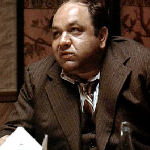 There’s a classic moment in the seminal mafia movie which illustrates why we love Don Vito Corleone’s childhood friend turned elephantine enforcer so much. After a particularly cold-blooded hit, our portly paisan tells his associate to leave behind the evidence, but make sure to take the box of fresh cannolis he just bought at a local bakery. A man of massive appetites, Clemenza earns his respect the old fashioned way — with duty, loyalty, a longtime familial connection, and a gun. 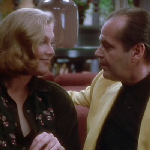 He’s an old school dim-bulb killer with a skewed sense of duty. She’s the new blood looking to take him out. Instead of ending up in a guns-draw showdown, they wind up in bed. Yes, he falls for she — and we think, visa versa — making the mandates from their warring crime families quasi-problematic. Of course, both believe they can outsmart the other. On the other hand, just because Charlie appears stupid, doesn’t mean he is. Not by a long… shot. 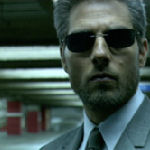 He came from a troubled home (even going so far as to kill his abusive father) and failed in the military for being too insubordinate and reckless. Now, he’s a lone gunman looking to help paying customers right their perceived wrongs. Taking an innocent cab driver hostage, Vincent forces the hack to drive around L.A., helping him make good on his various nefarious duties. While he can be affable on the outside, he is really one of the most ruthless killers in the entire cinematic stable. 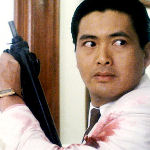 John Woo introduced a whole new action aesthetic to the somewhat tired film genre, slowing down the gunfights and amping up the drama, and with this amazing, over the top experience, he finally found an audience overseas. Chow Yun Fat plays the title role, a jazz loving and playing assassin with a soul as deep as his skill set. After blinding a young woman during a bungled hit, he has to come to terms with who he is, and what he wants out of life. 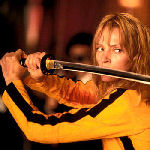 She’s known as “Black Mamba,” a sword wielding wonder who was part of Bill’s unbelievable efficient Deadly Viper’s gang. But a desire to leave the life ends up almost costing her her own. Now, fresh from a coma and ready to kick ass, the assassination artist formerly known as Beatrix Kiddo has decided to systematically track down those who tried to destroy her and eliminate them, one by one. As part of Quentin Tarantino’s terrific Shaw brothers homage, the Bride is one fierce female. 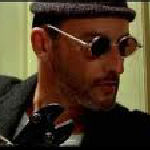 He’s a lonely man living an equally empty life. As a “cleaner” for a local mafia kingpin, his days are filled with death. However, when a rogue government agent kills the family of a helpless little girl, Leon decides to “adopt” her, take care of her and train her in the ways of the revenge trade. As a clever character study with stunning action set-pieces, this is one of the best movies to come out of Luc Besson’s post-post-modern genre redefinition. 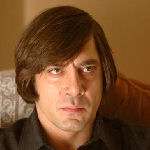 At first glance, he comes across as dopey instead of dangerous, his Beatles bowl cut arguing for someone who’s slightly out of it. Then the calculating killer whips out his pneumatic bolt gun, applies the lethal end to your forehead, and the next thing you see is angels (or, more than likely, devils). With minimal dialogue and a mannerism that means more than business, Chigurh is one of the most frightening film killers ever. 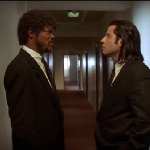 They work for Marcellus Wallace. Vincent has just returned from a stint in Amsterdam and is eager to get back into the game. His longtime friend and associate in assassination, Jules, isn’t so sure that he can continue on as a hired thug. Over the course of a twisted time frame, we see them both succeed and suffer as a result of their chosen profession. While there have been other dynamic duos in the killing profession, Vincent and Jules are, perhaps, the most likable, if not the most lethal. 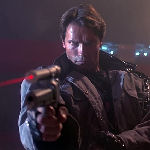 Leave it to sentient machines from the future to develop their own predators as a means of making mankind extinct. Indeed, once Skynet goes gonzo, it’s their robotic killers, known as Terminators, that become the bane of every last human. Sure, over the course of the franchise our murdering mechanism has a change of “programming,” but he’s still a slayer at… heart? Played with foreign bodybuilder efficiency by Arnold Schwarzenegger, the concept may have been borrowed from Harlan Ellison, but the execution, and excitement, is pure James Cameron.