Currently, two cinematic forces are conspiring to overthrow man as the dominate species on the planet. One is a bunch of bombastic giant robots (irrelevant for our purposes here). The other is a group of scientifically-smartened apes. With both Transformers: Age of Extinction and Dawn of the Planet of the Apes ruling the summer 2014 box office, it’s easy to forget the more meaningful attempts at showcasing the battle between human beings and the various dangers out there. Of course, Hollywood can’t help itself, settling on such a nasty nature aesthetic after the first A-bombs argued for mutation and menace. Now it seems that every other day we have a group of genetically altered enemies lapping at our formerly safe suburban backdoors. Going back over the history of the selective subgenre, here are 10 of the best films to feature the full on man vs. animal dynamic. In each we may think we are the rulers of our world until these belligerent beasties prove otherwise. Spoilers ahead! 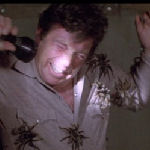 Everyone’s favorite scene-stealing Starship Captain — William Shatner — plays a rural vet who is concerned about the sudden unexplained deaths of livestock in his town. Before you know it, tarantulas are taking over, biting everything they see and giving our hairpiece wearing hero conniptions. Made in the ’70s, when environmentalism was just taking hold, the theme here is man’s overuse of pesticides and how it affects nature’s delicate balance. It’s all rather corny and cheesy, with Shatner doing his best overacting psychotic routine. Winner: Animals. 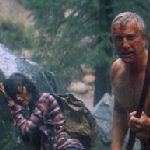 Leslie Nielsen gives our crazed Capt. Kirk a run for his manic money as the heavy in this groovy William Girdler epic. Low budget fave Christopher George is a local mountain tour guide with the unfortunate luck to have a group of camping novices join him in isolation on the titular day. When the depleted ozone layer causes the indigenous population to go bugnuts, they start attacking our victim fodder. Then Nielsen becomes “infected” with overdoses of solar radiation and he goes bonkers as well. Winner: Animals. 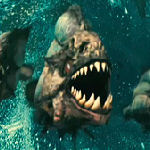 Alexandre Aja is such a student of grade-Z horror that he should have a standing budget at some studio to remake any former fright B-movie he wants. Here, he takes the schlock originally delivered by Roger Corman and the gang and turns it into a hilariously comic gore-fest. As spring breakers are splattered all over a podunk Arizona town, our human heroes (including Ving Rhames and Elizabeth Shue) attempt to stop the aquatic holocaust. Naturally, no one listens, leading to endless scenes of arterial spray slapstick. Winner: Man (temporarily). 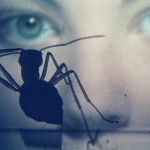 Saul Bass was a brilliant artist, creating memorable credits sequences for such directors as Hitchcock, Kubrick, and Preminger. When he eventually stepped behind the lens himself, it was for this thought-provoking feature about a cosmic anomaly that causes the rapid evolution of ants. The pests soon develop a “hive” mindset and take on the scientists who are trying to study them. Filled with philosophical questions and outrageous visuals, Bass’s original ending (recently rediscovered) was so hated by Paramount that they forced him to fashion a new one. Winner: Animals. 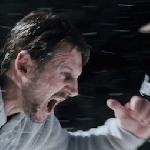 Liam Neeson is in total Taken mode here, this time using his cunning machismo and action hero prowess to combat a band of wolves who have targeted the survivors of a plane crash. Equally existential and exciting, this is one of the purest man vs. animal films on the list. It doesn’t try for some sci-fi explanation for the attacks or turn the entire exercise into a metaphor. Instead, this is pure man vs. beast byplay, with each side scoring victories and suffering defeats until it’s just one-on-one. Winner: Man (we assume). 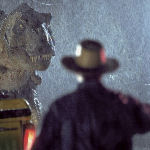 Man never existed alongside dinosaurs (no matter what your crackpot theories have to say)… until NOW! A rich industrialist sinks all his money into a theme park based around scientific research which brings our long extinct predators back to life. Naturally, nothing good comes out of the experiment, as our hired scientific advisers soon discover. Along with bringing CG to the forefront as a means of mimicking reality, this film argues a perfect “Man playing God” allusion. Mess with ancient nature and it will mess with you. Winner: Tie. 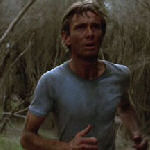 This is an unsung masterpiece from Australia, a film few have seen but most do not forget once they have. A couple having major relationship issues head off to the coast for a camping weekend. After showing severe disrespect for their natural surroundings, the surroundings decide to get even. Soon, these people are being plagued by all manner of motivated animal anger. Don’t mistakenly watch the abysmal 2008 remake. It’s absolutely terrible. This, on the other hand, is a suspenseful surprise. Winner: Animals. 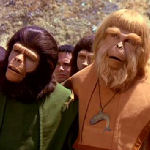 Considering that most of its make-up and F/X work is archaic at best and it begat several silly sequels, the original adaptation of Pierre Boulle’s sci-fi novel remains one of the best bits of serious speculative fiction ever put onscreen. From its obvious racial subtext to the acting by everyone involved (including a splendidly scenery-chewing Chuck Heston), it makes you believe wholeheartedly in the possibility of a planet where apes evolved from men. Add in the infamous twist ending and you have a surefire cinematic classic. Winner: Animals. 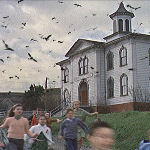 Perhaps one of the most perfect examples of the man vs. nature narrative ever. Master of Suspense Alfred Hitchcock took a small news item, a novella by Daphne du Maurier, and his own warped vision, and crafted a commentary on human hubris, reduced down to a small coastal village being overrun by vicious, killer birds. No, these aren’t just some seagulls accidentally pecking a person. These swarms of flying fear meaning business — bloody business. The set-piece attacks remain some of Hitchcock’s greatest work. Winner: Animals. 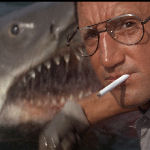 Following in the footsteps of his various influences (including the main man at number two), Steven Spielberg was initially skeptical about bringing Peter Benchley’s bestseller to life. Once the mechanical shark provided proved unreliable, he did what any student of the Master of Suspense would do and used it — sparingly. The result has become the quintessential blockbuster, a brilliant film made even more amazing by its inability to be replicated, even with modern technology. Winner: Man.