The 10 Best Gross-Out Comedies of All Time
By: Bill Gibron

They are rude, crude, and lewd. They represent wit reduced down to its most primal basic elements. It’s an audible fart in a closed elevator, an inebriated debutante barfing all over her shocked socialite parents. It’s an accident in your pants, the sounds of sloppy sex emanating from the other side of a seedy motel room wall. Some call it bad taste. Others call it toilet humor. Over the last few decades, Hollywood’s handle has been the gross-out comedy, and this is our list of the ten best. Since laughing at fart jokes is a matter of personal taste, your collection may vary. One thing’s for certain, after watching any one of these fascinating films, you’ll have a queasy stomach to match your splitting sides. 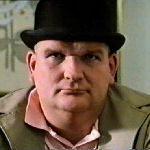 Few have seen this Canadian import, especially since home video distributor Troma dropped the title a while ago. Out of print, you can perhaps find it under its original name, Zeisters. The premise is Bam Margera simplicity: two mischievous brothers befriend an escaped mental patient, and they end up taking a tacky kook’s tour of various public places. What follows are a lot of moments involving bodily functions, food, and the public foolishness.

#9 – There’s Something About Mary 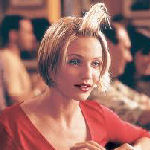 There are people who absolutely adore this Farrelly brothers film. Some even consider it a classic. However, with the passage of time, one only remembers the repugnance and not the otherwise uneven quality of the film overall. Sure, we get testicles trapped in zipper, ejaculate as hair gel, and an overly tan biddy French-kissing a dog. As far as the siblings in charge, they’ve made better movies, but, perhaps, not as mainstream and memorable as this. 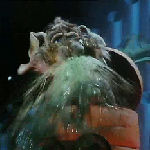 Peter Jackson’s resume reads like a weird combination of epic auteur and disturbed genre geek. He lands squarely on the latter here, taking a group of felt puppets and putting them through some incredibly disturbing paces. What we witness is a wholesale debasement of all that is good, decent, and right, the story and dysfunction set within a troupe of stage performers. From sex addiction to shooting smack, these are some messed up muppets.

If Fat Guy was a fictional starting point, Johnny Knoxville and the gang were its logical real world extension. Unafraid of embarrassing themselves and with a death wish that only Charles Bronson could cure, these merry madmen see nothing wrong with indulging in all kind of stunt work and scatology, usually at the same time. The first film was a riot. The next two proved that, as long as there are no limits, personal pain has an infinite comedic shelf life. 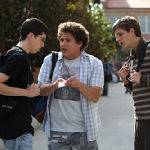 This movie earns its place on the list for a couple of reasons. First, there is the dialogue, which drags up every arrested adolescent putdown and curse-out and contains it within a typical coming of age comedy. Then there is the moment when Jonah Hill’s horndog character grinds up against a willing babe, only to have a monthly reminder of her gender left behind on his pants. Along with This is The End, Seth Rogen and Evan Goldberg prove they are the kings of crass here.

#5 – Monty Python’s The Meaning of Life 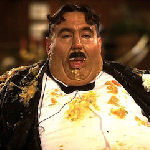 A tiny newborn baby given a “fetus frightening.” A teacher who lectures his prep school students while fornicating with his wife. A pair of questionable “doctors” going door to door removing people’s livers, and an obese mountain of a man who requires constant cleaning during his binge and purge dinner. Toss in takes on religion, war, birth control and the lack thereof and you’ve got another stellar example of surreal satire from the Beatles of British humor. 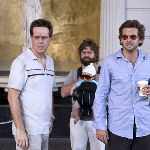 Sure, the bachelor party as a den of unbridled inequity has been done before (right…Tom Hanks and Bachelor Party?), but never with such an evil, abusive streak as here. Todd Phillips provides the perfect setup — three friends and a psycho sibling hanger-on decide to go wild in Vegas before the wedding — and then turns it into a nauseating feast of one-upmanship. Long before Mike Tyson shows up to kick some ass, we’ve seen some incredibly deviant and hilarious behavior. 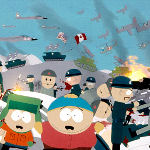 Trey Parker and Matt Stone proved that the standards and practices of television were clearly holding them back, creatively. Using their limited clout to make a movie version of their popular Comedy Central cartoon, they pulled out all the stops, resulting in a mortified MPAA and an NC-17 rating. For animation. Anyway, they tweaked a few things, and the resulting manic musical (rated R) proved their potent, satiric chops. It’s about as raw and raunchy as it gets. 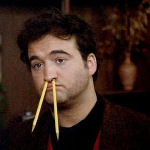 We know, we know. You’re asking yourself, “Animal House? Seriously?” Well, consider the time. For many in 1978, this movie pushed the boundaries of acceptable cinematic behavior. There was drinking, underage sex, a steady stream of swears, and John Belushi using mashed potatoes to simulate a zit. It was strong stuff 35 years ago. Today, it seems tame — but absolutely drop-dead hilarious and timeless as only a classic comedy can be, though not quite the gross out game changer it once was. 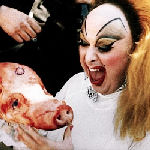 Here it is, without a doubt the most disturbing experience in laugh-laced bad taste ever committed to the screen. John Waters made an entire career out of taking the extremes exemplified by the exploitation genre he loved and pushing them even further. Along with Female Trouble and Desperate Living, Flamingos is the pinnacle of his puke-inducing performance art. In Divine he found the perfect voice for his slanderous social satire. In the rest of the movie, he cemented his mastery of same.