The 10 Best Films About Hollywood
By: Bill Gibron

It’s sometimes referred to as the Land of Dreams. It can also be a hell hole of untold personal and professional nightmares. Still, hundreds of hungry wannabes head west every day, hoping that somewhere within the Matrix-like maze of Hollywood they can find a bit more than their 15 minutes of (usually local) fame. It’s material ripe for ridicule and/or revision, and for some odd reason, Tinseltown embraces such pointed attacks at itself. There are many movies — including the recently released Maps to the Stars — which use the struggle for celebrity as an allegory for other social ills. Most of these movies, including the 10 titles listed here, avoid the allusion and simply go for the jugular, showcasing that fame can be just as ferocious as the lack thereof. 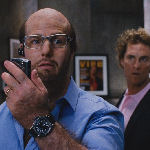 Egotistical and clueless actors. Deranged and despotic producers. Lost in the weeds of the industry directors. And a setting which suggests that everyone involved is in way over their heads. That’s the basis for this brilliant satire which argues that all movies would be better if only their filmmakers were fired (or killed) and the performers lead to believe that their lives are in legitimate danger. The performances here add to the overall surrealism on display, especially Tom Cruise as an overweight, hip hop-loving mogul. 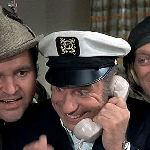 Wanna know how much power Oscar winning writer/director Mel Brooks had after the terrific trio of The Producers, Blazing Saddles, and Young Frankenstein? He actually got 20th Century Fox to cough up the cash for a modern silent movie some 50 years after Jolson brought sound to the big screen. He also managed to get a who’s who of A-listers to appear, most mocking their own oversized celebrity. The result was another ’70s hit, with just enough insight into the industry to leave those familiar with the film biz shaking their heads. 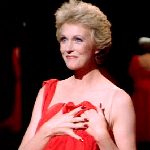 There was no better director of classic comedy than Blake Edwards. He could do sophistication (10, Breakfast and Tiffanys) and silly (The original Pink Panther films) with equal aplomb. Yet, as he got older, Hollywood seemed to care less about his career and more about the high concept. So Edwards delivered a dozy — he would offer up his then wife, the prim and proper Julie Andrews, topless! That was the gimmick which gave him free rein to mock and undermine the studio “system” circa the early ’80s. 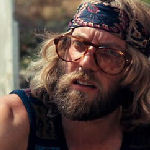 He got his start as an actor. He then became a writer for Danny Kaye before moving over to the far more modern Monkees. By the time he crafted Bob & Carol & Ted & Alice into an early sexual revolution delight, he was a much-in-demand filmmaker. But for Paul Mazursky, an encore was difficult to determine. So he made this amazing semi-autobiographical film, using his own dilemma to comment on what it’s like to be the flavor of the moment in Tinseltown. 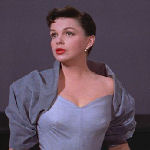 There have been four different versions of this classic rags to riches (and back again) overview of fame. Everyone from Janet Gaynor to Barbra Streisand has played the role of Esther Blodgett and her doomed marriage to raging alcoholic Norman Maine, set against a backdrop of rising stardom and lost prestige. For our money, Judy Garland’s own tragic trajectory adds a great deal of depth to her amazing performance, as does the clipped British believeability of her co-star, James Mason. The quintessential Hollywood story. 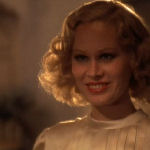 Based on the incendiary book by Nathaniel West, which dealt almost exclusively with those living on the fringes of Hollywood fame, we are introduced to struggling starlet Faye Greener (Karen Black) and the men who make it their business to control and countermand her career, including her ex-vaudevillian father, a lovelorn accountant, and a big city boy (William Atherton) with dreams of the big time. They all end up in a Gothic deconstruction of the celebrity myth, including a last act riot that resembles the end of the World. 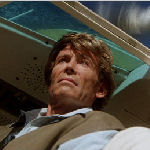 Richard Rush made his name as a director with such ’70 faves as Getting Straight, and the buddy cop film Freebie and the Bean. But as opportunities to truly explore his muse started to dry up, he decided to bite the hands that used to feed him. The result is this dizzying film within a film, with Helter Skelter‘s Steve Railsback playing the AWOL vet who falls under the mesmerizing manipulations of director Eli Cross (a stunning Peter O’Toole). Hired to do stunts, he soon becomes the filmmaker’s foil. 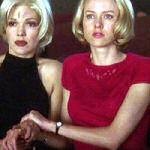 David Lynch originally envisioned this takedown of all things show biz as a TV series, a follow-up to the equally electrifying Twin Peaks. ABC declined, so he retrofitted the pilot with new material and a modern masterpiece was born. Showing both the highs and lows of a life in the limelight (and those struggling to find a place in it), the results remain a stunning statement on the personal price one pays. It may not make a lot of sense, but the subtext shouts its purpose. 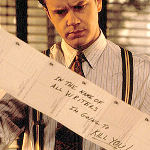 No other filmmaker has felt the acceptance and rejection of the post-modern bean counter concept of Hollywood more than Robert Altman. In the span of a decade, he went from genius to joke, resorting to the stage to reclaim his former fame. When the young suits finally came around and started seeing him for what he really was, they let him skewer their perspective with this definitive adaptation of Michael Tolkin’s novel. Features an all-star cast and enough insider insight to choke a studio chairman. 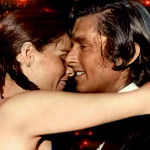 Without a doubt, the most inside inside Hollywood film ever made. Taking former Paramount production chief Robert Evans’ riot of a memoir and turning it into a documentary is one thing. To have Evans himself narrate, with his unsubtle swagger and self importance on full display, just adds to the behind the scenes lunacy. His stories are epic. The way in which he tells them equally so. The result is as biting as any satire, with Evans proving that fuels Tinseltown success better than a raging ego.