The 10 Best Cameos of All Time
By: Bill Gibron

More often than not, they’re a professional favor, one A-lister helping out another during a relatively high profile project. In other cases, they’re sly in-jokes for the audience, the sudden appearance of a known celebrity distracting from the storyline to supply its own unique brand of amusement. Cameos are not a new thing, but it was the post-modern movement of the late ’60s and early ’70s that confirmed their ability to translate to a far more film savvy audience. Now, an entire film can be made up of these nominal appearances (Seth Rogen and Evan Goldberg’s This Is the End) and the viewer still “gets” it. With that in mind, here are the 10 best cameos in the history of the movies. While there are hundreds of examples to choose from, these represent the reason we look forward to such fame flashes in the first place. 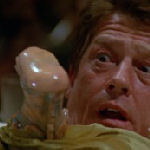 After spending the previous 90 minutes blasting every recent space opera from Star Wars to Star Trek, spoof master Mel Brooks decided to add one more interstellar shout-out to the list. At the end of the film, after Lone Starr (Bill Pullman) and his half-man, half-dog companion Barf (John Candy) have saved the day and are hanging out at a futuristic diner, they run into a familiar face enjoying “the special.” Suddenly, we get a bloodless restaging of the famous chestbuster scene in Alien. Hilarious. 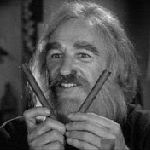 This is the second of two Mel Brooks mentions here, since the comic legend always seems to land name actors to gussy up his projects. In this case, our oversized reanimated collection of cadaver parts (Peter Boyle) runs into a lonely old man living in the woods (much like in the original Universal film). This time around, it’s the Oscar winner for The French Connection who offers our hulking humanoid some soup and some comfort. One poorly executed pipe lighting later and espresso is off. 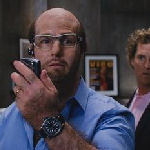 He’s under heavy prosthetic make-up and he struggles mightily to alter his recognizable cadence, but there’s no doubting whose behind the fat suit and balding pate. Cruise’s character, slimeball movie exec Les Grossman, is part farce, part filmmaking reality. Everything, from his foul mouth to awkward dance moves, is a direct result of someone with too much power, an equal amount of industry pull, and not enough personal humanity. Some say this was typecasting by director Ben Stiller. Not us, mind you, but some. 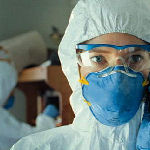 Until you read the credits, few fans knew that the Oscar winning actress played Janine, the long suffering gal pal of proper policeman Nicholas “Nick” Angel (Simon Pegg). As a matter of fact, it would be impossible for most moviegoers to recognize her since the Australian beauty spends all her time behind a forensic expert’s face mask and goggles. All we get are her gorgeous eyes and her lilting (if still quite fed-up) voice, making this cameo both witty and winning at the same time.

When it was announced that Jonah Hill and Channing Tatum were starring in a revamp of the famed cops in high school TV series, many wondered if any of the original cast would make an appearance — specifically, reigning superstar Johnny Depp. Oddly enough, not only did he show up as his former character, Tom Hanson (now a grizzled DEA agent), but he spends the rest of his memorable scene taking down Hill and Tatum as unworthy of wearing the Jump Street badge. 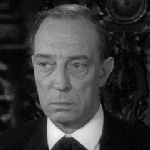 It’s one of the most melancholy scenes in one of the Golden Age’s greatest dark comedies. As kept man Joe Gillis (William Holden) narrates, aging actress Norma Desmond (Gloria Swanson) entertains other silent film greats at her regular Bridge party. While two of the players are not instantly recognizable, director Billy Wilder made the genius move of including Buster Keaton as part of the mix. His sad sack face mirrors perfectly Gillis’ snide commentary, adding further depth to a movie already waist-deep in fading Hollywood allusion. 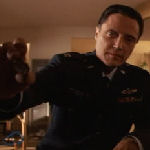 He only has the one scene, and no real interaction with any other cast member, but when Captain Koons shows up to instruct a young Butch about the importance of the watch he has in his hands, it’s a monologue that makes this already talky masterpiece. Within the performance and Tarantino’s words are everything the main story is about — duty, loyalty, trust, payback — and no one has the ability to deliver such defining words with a kind of crazed yet quiet intensity as Walken. 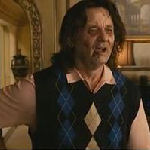 In a comedy about an undead apocalypse, you expect a few odd touches. After all, this is a film about flesh-eating creatures and yet you’re mining that material for laughs. So imagine ever audience member’s abject pleasure when none other than Mr. Ghostbusters himself, the man whose deadpan delivery and deft comedic timing enlivened many a memorable motion picture, should end up a survivor living in his superstar’s mansion. His appearance turns an already clever end of the world satire into a first class laugher. 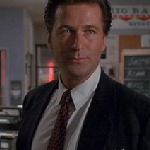 When you consider that the rest of the cast is made up of Oscar winners Al Pacino, Kevin Spacey, Alan Arkin, Jack Lemmon and Oscar nominee Ed Harris, having anyone walk into this film adaptation of David Mamet’s play and literally steal it away from the rest of the actors seems literally impossible. Yet that’s exactly what Baldwin did when he portrayed the company man sent to a desolate real estate office to kick butt and chew gum, and there was nary a stick of Freedent to be found. 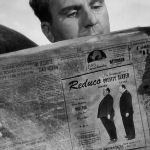 He’s the Master of Suspense, a director know for his visionary auteur style and sensational sense of the visual. He’s also notorious for sticking his recognizably rotund figure in almost every film he ever directed. Look closely and he’s the portly gentleman walking out of a pet shop. Look again and he’s the figure model in an ad for a weight loss program. Hitchcock may be one of the greatest directors of all time, but he also was one of cinema’s greatest pranksters.