The 10 Best Biographical Documentaries of All Time
By: Bill Gibron

They say truth is stranger than fiction. As the documentary film genre has proven time and time again, it can also be far more fascinating. From previously unknown subjects and sub-cultures to individuals who rise to their own insular occasions, these movies make us see the world in a wholly different light, experiencing the new and the novel without any made-up material getting in the way. This is especially true of the biographical overview, an effort which attempts to compartmentalize a subject’s entire life in two brief hours (or less). When they work, they are wonderful. When they don’t they leave us begging for more. In recognition of the release of To Be Takei, a look at the career of the Star Trek titan and exuberant LGBT icon, we go back and pick the 10 best examples of the subgenre. While you may already know the names associated with some of these films, but the end of their running time, you certainly understand them a lot better. 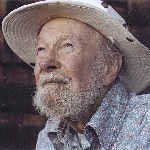 Before there was Bob Dylan and the early ’60s folk movement, there was Pete Seeger, American troubadour. As much an activist as artist, he believed that music could sway people to the point of righting wrongs and changing social ills. As early as the ’40s, he was using traditional material (both solo and with the heralded group The Weavers) to highlight injustice and promote peace. His influence cannot be underestimated, and this incredible films follows him, in the years before his death, doing what he did best. 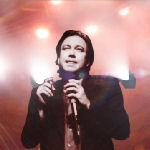 He was a beloved comedian that stirred as much controversy as laughs. Need a frame of reference? He was Bill Maher before the now-famed pundit was “politically incorrect.” Thanks to a combination of dry wit, clever insight, and dark humor, Hicks spoke to a growing dissatisfaction amongst the changing cultural landscape, his untimely death adding an odd footnote to a growing phenomenon. Using interviews as well as cut-and-paste animation, we learn of the man’s many flaws, and well as his fascinating, often frustrating worldview. 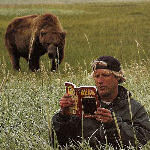 Timothy Treadwell was an activist looking to promote the problems facing North American bears, especially grizzlies, in the wild. Spending 13 summers in the Katmai National Park and Preserve in Alaska, he would film his often risky yet lovingly fanatical interactions with the animals. During his final trip, he and his girlfriend were killed and partially eaten. Famed filmmaker Werner Herzog, fascinated by the story, collected nearly 100 hours of Treadwell’s footage and, along with interviews of those who knew him, formulated this beautiful testament to man’s foolish struggle against nature. 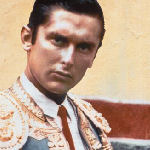 After he published a bestselling book about his time as one of Hollywood’s most powerful and influential studio chiefs, Robert Evans (the man behind The Godfather, Love Story, and Chinatown, among other classics) allowed directors Nanette Burstein and Brett Morgen to illustrate his story, using a wild technique that gave still photos and illustrations a unique, CG/3D look (which is now widely copied). Full of both hubris and humility, Evans’ own narration adds the final flourish, turning the final product into as combination memorial and mea culpa. 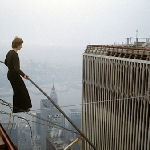 Early one August 1974 morning, the citizens of Manhattan woke to a surreal site: a high wire walker named Philipe Petit had managed to string a cable between the two towers of the World Trade Center and was slowly crossing between them. It would become the signature stunt for this French circus performer, made even more meaningful in the years post-9/11. James Marsh’s brilliant Oscar winning documentary not only offers up a how-done-it, but gives us a real insight into Petit’s personality and persistence.

In 1946, Dalton Trumbo was a famous scriptwriter with credits such as Kitty Foyle and Thirty Seconds Over Tokyo to his name. A year later, he’d be jailed for Contempt of Congress, having failed to name names in front of Sen. Joseph McCarthy’s House Un-American Activities Committee. Collecting letters from the time, and using both historical and Hollywood context, director Peter Askin profiles a truly heroic man, facing increasing pressure to “do the right thing” and, by refusing to be provoked, did just that. 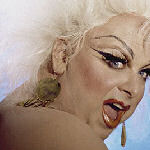 Even for diehard fans of John Waters’ favorite actor/actress, there are amazing revelations in Jeffrey Schwarz’s fascinating career overview. From vintage photos of a pre-Divine Harris Glenn Milstead to glimpses of the Baltimore bad boy who made such masterworks as Pink Flamingos and Female Trouble, this tribute is rife with previously unknown information. Thanks to some amazing archival footage, as well as interviews with his fellow Dreamland-ers (the name of Waters’ production company), we get a rare internal portrait of an amazing performer and personality. 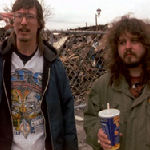 As much a “making-of” as a biography, Chris Smith’s cult classic follows the trials and tribulations of outsider auteur Mark Borchardt as he tries to complete his dark coming of age drama Northwestern. Believing that completing a cheapie horror film will provide him the cash needed for funding, he bumbles his way through an inept shoot guaranteed to earn nothing but groans. Along with his partner in cinematic crime, Mike Schank, we see dreams deferred and destroyed, mostly thanks to alcohol and Mark’s limited skill set. You’ll never say “coven” the same way again. 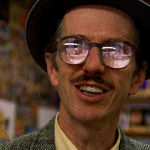 As he prepares to leave America for France, the famed underground comic artist packs up his life while complaining to director Terry Zwigoff that political correctness has rendered his groundbreaking work worthless to modern society. He then visits his freakshow of a family, outing many of the Crumb clan’s most mesmerizing secrets. Part tribute, part trial, the seemingly mild mannered man bristles when confronted with the controversy his work has created over the years. Everything we witness argues for its personal — and political — power. 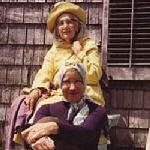 After reading about their plight in both the National Enquirer and The New Yorker, famed documentary filmmakers Albert and David Maysles decided that the story of “Big Edie” Bouvier Beale and her daughter “Little Edie” (the aunt and first cousin of Jackie-O, respectively) would make a fascinating film. Setting up shop in their dilapidated Hamptons home, a once stately place now filled with garbage and various vermin, the duo delved deep into the aging women’s dynamic, including their socialite past and dour present. A true masterpiece of the genre.