Nobody puts Leatherface in the corner.
Buy It From Amazon
Buy It On DVD
Buy It On Blu-Ray

Here’s a question for all you novice Hollywood screenwriters. How do you link a storyline set in 1973 with a present day plot circa 2013? Oh, and remember, the characters involved can’t age the prerequisite 40 years and yet still must be directly “related” to those from four decades past. Don’t know? Well, why not ask the scribes behind the recent reboot of Texas Chainsaw (the “Massacre” is silent). In their unique cinematic world, a mere infant in the Me Decade barely makes it into her 20s by the second decade of the new millennium. Even worse, her long lost family member, the infamous power-tool wielding Leatherface, avoids Social Security by somehow finding his own unnecessary reimagining sequel fountain of youth.

Using original footage from the infamous film by Tobe Hooper, we see how the Sawyer clan paid for their crimes after Marilyn Burns escaped their Newt, Texas cannibal soiree. While a local lawman (Thom Barry) was talking the family into surrendering their hulking manchild with a penchant for vivisection (Dan Yeager) to authorities, a bunch of vigilantes, led by town doofus Burt Hartman (Paul Rae) burned their house to the ground. Assuming everyone was dead, one member of the posse stumbled upon an infant girl and, unbeknownst to the others, took her to raise as his own.

Fast forward (mumble mumble) years and Heather (Alexandra Daddario) is now an angry 20-something working in a grocery store butcher shop. She has a hot-to-trot gal pal (Tania Raymonde), a tatted-up boyfriend (Trey Songz), and a bad attitude. In quick succession, she discovers that (a) she is adopted, (b) that her grandmother has just died and left her a massive estate, and (c) that said wealth is located — you guessed it — back in Texas. She also learns that, along with the cash comes a small town filled with secrets and a cousin who lives in a locked-up basement apartment — and has a penchant to chopping people up.

From the very beginning, you know Texas Chainsaw is going to fail. You can’t fudge facts the way this movie does and not suffer a bit in the macabre mythology department. Sure, you can dump all the sequels, prequels, and remakes and take the material in a new direction, but if you can’t even get your timelines straight, everything else is going to be a struggle. This is a film that believes in the biological link between a person’s DNA and their desire to kill and consume human flesh. It also triggers memories of the original movie by adding unnecessary red herrings (a stranded hitchhiker) that serve little or no purpose beyond adding victim fodder.

For his part, director John Luessenhop clearly suffers from some form of cinematic bipolar disorder. One moment, Texas Chainsaw is a deliberately paced, perfunctorily acted series of dread set-ups. The next, Leatherface is running across the countryside, sawing people in half, and then chasing our heroine through a rather nonplussed carnival. In fact, that scene, loaded with possibilities, it downplayed to the point of futility. Much of Texas Chainsaw feels as inane. There was a great deal of potential in the approach. The execution, however, is half-baked and half-assed.

By turning Leatherface into a combination of Freddy Krueger and Michael Myers, by giving him a female “accomplice” who can extend the current legacy, Texas Chainsaw sets itself up for a possible fright franchise. Too bad the opening salvo is so spotty. 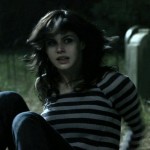 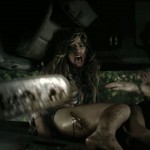 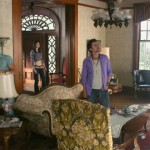