I need your boots, your motorcycle, and your face skin.
Buy It From Amazon
Buy It On DVD
Buy It On Blu-Ray

The problem with Terminator: Genesys arrives with the first scenes, stays with the film throughout the convoluted rewrite of the franchise’s mythology, and remains after the credits roll and the studio decides whether or not to continue this borderline DOA series. While you have to give screenwriters Laeta Kalogridis and Patrick Lussier kudos for trying such a monumental reboot, returning to the narrative’s 1984 roots to manipulate the backstory to make room for more movies, it ends up feeling forced, not fluid.

It’s a daring stunt, one that only a huge advance in technology can deliver. F/X are what allow an aging version of the title robot (Arnold Schwarzenegger) to battle the original, younger version. We get a liquid metal villain a la the brilliant follow-up, Terminator 2: Judgment Day and a new type of nano-tech assassin. It all gets thrown into a mixture of action and ennui, long stretches of exposition followed by short bursts of solid but still slightly below-average action.

But no matter how hard they try, no matter what they do and do not bring to their version of these characters, Jai Courtney is no Michael Biehn, and Emilia Clarke is definitely no Linda Hamilton. Those actors are so iconic, so much a part of the reason why we still care about The Terminator some 30 years after its original release, that two mediocre movies have yet to destroy it. Terminator: Genesys is not another nail in the series coffin, but the producers must now realize that the entire concept is on life support and may be headed toward last rites.

The new setup sees John Connor (Jason Clarke) sending Kyle Reese (Courtney) back to protect his mother Sarah (Clarke) from the soon-to-be-arriving Terminator (Schwarzenegger). What our wannabe hero soon discovers is that she really doesn’t need his help. Instead of a waitress, Sarah is already a survivalist, having been raised by a friendly version of the android (Schwarzenegger) that she refers to as “Pops.”

After battling another shape-shifting T-1000 (Lee Byung-hun), they decided to time travel into the future and stop Skynet, now disguised as an operating system called “Genesys.” Jump to 2017, and Sarah comes face to face with her son, who is now not quite what he was before. Turns out, he is under the control of a computer program (Matt Smith) and is helping to bring about the end of the world.

While they eventually get into the groove of things and prove viable heroes and villains, the new cast of Terminator: Genesys can’t quite manufacture the magic of the original series. They feel like placeholders, the stunt doubles standing in for the real cast who are just out of camera shot, discussing the next day’s script changes. Designed to take the narrative in a whole new direction, the final effect is one of borderline drudgery. We feel compelled to continue on with this new nonsense because of our love of the past, but nothing here has the invention of the first film, or the epic end-of-the-world grandeur of Terminator 2.

Instead, director Alan Taylor turns his large scale statement small, underplaying key moments while elaborating on those we don’t care about. He’s no James Cameron, and it shows. There is a herky-jerky feel to the storytelling. There’s no flow, no sense of one sequence playing into the next. Instead, the Game of Thrones/Thor: The Dark World guide gives up on leaving an imprint, and instead, goes for not goofing things up. Only the fight scenes, given extra panache thanks to CGI, have any real gravitas. The rest is your typical car/helicopter chase mayhem.

With an intriguing idea and an amiable cast, Terminator: Genesys should have been better. Much better. Instead, it plays like what it is — a brash attempt at bringing an aging concept out of the dark ages and into the light of a new millennium. Too bad the rest of the original actors couldn’t come along for the ride as well. 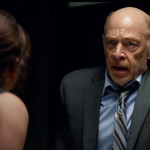 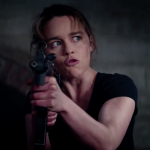 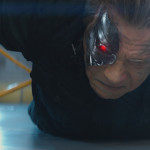