Clean Up, Aisle Four.
Buy It From Amazon
Buy It On DVD
Buy It On Blu-Ray

When last we left the characters of Seth MacFarlane’s surprise hit Ted, the foul-mouthed animated Teddy Bear and his gal pal, Tami-Lynn (a terrific Jessica Barth) had convinced human buddy John (Mark Wahlberg) and his fiancé Lori (Mila Kunis) to reconcile and marry. Flash Gordon himself, Sam J. Jones performed the ceremony and all seemed wonderful in this scatological screwball comedy universe.

Fast forward two years and things are a lot different. Ted and Tami-Lynn tie the knot, while John licks his wounds over a recent divorce from his former soulmate. While his stuffed friend thinks he should date, our human hero can’t get over the fact that he wasted so much time trying to be someone he’s not. When Ted and Tami-Lynn decide to have a baby, they need help from someone to “get the job done.” After a few failed attempts, the duo decide to adopt.

But there’s a problem. Ted is not considered a “person” under the law. He decides to go to court to protect his Civil Rights, hiring novice attorney Samantha Jackson (Amanda Seyfried) to argue his case. If she wins, Ted and Tami-Lynn can live happily ever after with a possible baby in tow. If they don’t, the toy will be declared property, allowing creator Hasbro to step in and reclaim him, with a little help from the previous film’s obsessed psycho stalker Donny (Giovanni Ribisi).

A bit overlong at 115 minutes and lacking the initial WTF spark of the original, Ted 2 is still a very funny, very engaging, and — unusual for something penned by the staff of Family Guy — disarmingly insightful. We actually get a more balanced discussion of race and gender issues here than in a dozen high-minded dramas. Sure, it’s surrounded by pot, dick, and other bodily fluid-based humor, but we expect that. It’s the sharp dialogue about justice and equality that throws us for a legal loop.

It’s not a perfect sequel. A depressed Wahlberg is a less fun Wahlberg, and the celebrity cameos are often overwhelmed by gross out gags. Still, for what is has to say about human “being,” as well as the wealth of fantastic one liners, this is a worthy sequel that proves MacFarlane can milk almost any situation, social or psychological, as long as it comes out of the mouth of a stuffed bear with a hard Boston accent. This even applies to moments of extreme bad taste (as when Ted and John shout sad suggestions to an improv group) and under-utilized settings (like New York Comic-Con).

Once he snaps out of his funk, Wahlberg is his standard meathead self, playing both to and against type in order to get us on John’s side. Sure, he still loves his weed, but Seyfried’s lawyer likes the stuff as well, so they become a likeable couple. Ted, on the other hand, is now the one with responsibilities and goals. His relationship with Tami-Lynn is fraught with the typical things marrieds worry about, their arguments a hilarious combination of foul-mouthed bickering and serious interpersonal (or is that interspecies?) concerns. Unfortunately, MacFarlane still worships his copy of Sid Field’s screenplay manual, the third act de-evolving into an wholly unnecessary chase.

Along the way, Ted 2 drops so many pop culture references from the past that a drinking game could be devised out of who, what, and when is being skewered. Some are obvious. A few go beyond the pale into real geek territory. All provide moments of undeniable hilarity, their arrival marking the moments when MacFarlane trusts his audience to be smarter than an “accident” inside a sperm bank storage room. As always, the man’s voice work is impeccable. Ted’s CG face adds to the expression, but the emotion comes directly from MacFarlane’s clever characterization.

If you loved Ted, you’ll really like Ted 2. It’s not as original as the first film, but it’s more daring and inventive. 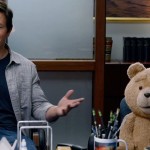 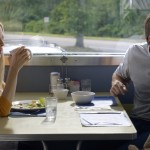 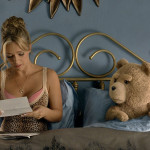