Some pre-Code nastiness in "Employees' Entrance."

Only at the Turner Classic Movies Classic Film Festival can you show up 10 minutes before the screening of an obscure Rosalind Russell comedy and end up sitting in the front row because there are no other seats available. That’s how my experience at this year’s festival started, and while the front row is probably not the ideal vantage point to view My Sister Eileen (a sort of exhausting screwball comedy highlighted by Russell’s acerbic, Oscar-nominated performance), it was a great demonstration of the level of passion and fan engagement that the festival engenders.

Now in its fifth year, the TCM Festival in Los Angeles is a combination of a traditional film festival and a fan event like Comic-Con, with TCM diehards ponying up serious cash to watch classic films on the big screen and interact with the stars and filmmakers who worked on them. It’s the kind of place where TCM hosts Robert Osborne and Ben Mankiewicz become rock stars for a weekend, and the hottest festival buzz is about a pre-Code melodrama starring Warren William. That movie, Employees’ Entrance, was one of the best that I saw over three days at the festival, and is a great example of the kind of obscurities that TCM rehabilitates and presents to an eager audience. William, who made a career out of playing charismatic sleazeballs in the 1930s, is fantastic as the world’s most ruthless department-store manager, a raging über-capitalist who preys on Loretta Young’s vulnerable employee. It’s basically Sexual Harassment: The Movie, with loads of risqué innuendo and some delightfully nasty dialogue.

Although the festival offers plenty of chances to catch beloved classics on the big screen (showings this year included Gone With the Wind, The Wizard of Oz, The Godfather Part II, and Blazing Saddles, among others), for me the real excitement is coming across previously unknown gems like Employees’ Entrance. Film historian Bruce Goldstein gave a presentation he called “Pre-Code 101” before the screening of Employees’ Entrance, offering a primer on the often raunchy, morally ambiguous movies that Hollywood studios turned out before the implementation of the Hays Code in 1934. Those qualities were also on display in Hat Check Girl, a world-premiere restoration from the Museum of Modern Art. Hat Check Girl is hampered by bland star Sally Eilers, who plays the title character, a young woman caught up in bootlegging and other salacious activities. Eilers isn’t nearly as appealing as a young Ginger Rogers, playing her more daring best friend, and Rogers steals pretty much every scene she’s in.

Rogers got her own mini-showcase from the festival in two other lesser-known films, the comedies Bachelor Mother and 5th Avenue Girl, both from 1939. Both highlight Rogers’ deadpan comic skills and appealing world-weariness, but while Bachelor Mother is a somewhat dopey romantic comedy, 5th Avenue Girl is a surprisingly sophisticated satire, starring Rogers as a down-on-her-luck city girl who befriends a burned-out millionaire (Walter Connolly) and finds herself enlisted in a scheme to teach his ungrateful family a lesson. With its cynical views on both capitalism and socialism, 5th Avenue Girl is never simplistic, and even the eventual family reconciliation is left somewhat ambiguous.

Another strength of the TCM Festival is the resources put into special presentations of older films. Not only does the festival invite critics, historians, filmmakers and actors to speak about the films they love or had a hand in creating, it also offers up unique settings in which to view those films. Every year there are silent films presented with live musical accompaniment, and this year both the Harold Lloyd comedy Why Worry? and the early Alfred Hitchcock thriller The Lodger were accompanied by premieres of newly written musical scores. Lloyd’s granddaughter Suzanne Lloyd talked about how she and composer Carl Davis spent years discussing Davis’ new score, and hearing the music live as the movie (starring Lloyd as an entitled rich layabout who gets caught up in a revolution in a fictional South American country) played onscreen emphasized how much care Davis put into creating it.

Goldstein was on hand again for the world premiere of a new restoration of the 1954 original Japanese version of Godzilla, which will be getting a theatrical release coinciding with the upcoming remake. That movie’s director, Gareth Edwards, gave an introduction to the new restoration, but Goldstein’s post-film presentation on the differences between the Japanese film and the later American re-edit (starring Raymond Burr, inserted awkwardly into scenes from the Japanese version) was much more engaging and informative. As both Edwards and Goldstein pointed out, the movie itself is far grittier and more character-driven than its reputation suggests, and seeing the beautiful new restoration highlighted the solid filmmaking that has been overshadowed by years of pop-culture punchlines.

Although the festival generally focuses on movies from the ’30s through the ’50s, there were a number of more recent movies on the bill this year, going all the way up to 1995’s Mr. Holland’s Opus. The Oscar-nominated 1970 Gene Hackman drama I Never Sang for My Father, co-starring Melvyn Douglas (whose granddaughter, actress Illeana Douglas, introduced the movie), was one of the strongest discoveries in the festival, an often powerful drama about the troubled relationship between a writer (Hackman) and his overbearing father (Douglas) in the aftermath of the death of the writer’s mother.

Although there can be a bit of a reactionary tone to the TCM Festival at times (the surest way for a speaker to get a crowd response is to offer up a variation on “They don’t make ’em like they used to!”), overall it’s one of the most positive, all-inclusive film festivals around, one that exists purely for the love of cinema, not for industry players to network or filmmakers to hustle their latest creations. Whether I was discovering new favorites like Employees’ Entrance and I Never Sang for My Father or experiencing well-worn classics in new settings, I was always surrounded by people with the same level of engagement and enthusiasm. 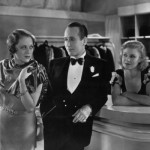 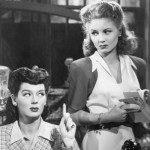 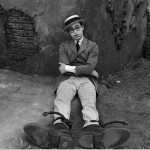 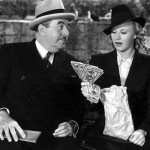