Fits like a glove.
Buy It From Amazon
Buy It On DVD
Buy It On Blu-Ray

Tammy is terrible. It’s not funny, feigns realism for cheap sentiment, and refracts a kind of oddball idealism which argues that crudeness and classlessness are rewarded if only you stick to your antisocial guns and steamroll over people. Nothing about this film is endearing or entertaining, not star Melissa McCarthy’s mouth-breather brutality, not co-star Susan Sarandon’s elderly alcoholic, not even the whole road movie narrative conceit. Instead, this plays like a comedy where someone purposefully removed each and every joke, the better to offer up a snide, senseless non-laugher which dares the viewer to giggle at mere shrillness and stupidity.

The title character, played by McCarthy, is a literal troll. She lives in an idyllic Midwest town and yet we learn nothing of her life beyond a cheating husband (Nat Faxon, literally onscreen for seconds), a crappy car, and a dead-end job at a local fast food franchise. After losing all three in rapid succession, our cut-and-run prone heroine hooks up with her booze-fueled granny (Sarandon) who just so happens to have an available vehicle and a wad of cash on hand. Over the objection of her daughter/Tammy’s mom (Allison Janney), the duo head out to Niagara Falls, running into issues along the way. These include an amorous rancher (Gary Cole) and his put-upon son (Mark Duplass), as well as Grandma’s lesbian cousin (Kathy Bates) and her understanding partner (Sandra Oh).

The main problem with this film can be seen in the above description. We are simply introduced to Tammy as some sort of deluded force of nature, learn nothing of her past predicament (just the present outcomes of same), and then are supposed to root for — and laugh at — her as she encounters various pitfalls and foibles. Unfortunately, the character is so unlikable, so lost in her own little bubble of personal desperation that when the world comes around to smack her in the face, all she can do is sit dumb-founded and wonder, “Why me?” The answer is that we don’t know. We know nothing about Tammy. Why is her marriage so rotten? Why does she have to work at a fast food joint? Why are her seemingly understanding parents (including dad Dan Aykroyd) so eager to forgive her many faults?

It’s the same with all the other characters in this film. Why is Grandma, supposedly so sick that she requires a mountain of pills, so devil may care about her condition? Why is she such an over the hill horn dog, and why are Gary Cole and Mark Duplass around every corner to offer potential movie man meat? It’s almost as if McCarthy (who co-wrote the script) and her husband, co-writer/director Ben Falcone, determined that none of this mattered. By sheer force of her Oscar-nominated acting will, our lead would simply overcome any cinematic prerequisites and win the audience over with a mega-dose of McCarthy.

It doesn’t work. Everything you liked about her previous turns in Bridesmaids and The Heat (forget Identity Thief for now…we wish we could) is missing here. This is not a sassy character who knows her limitations and tries to push past them. No, this is a dipstick who drones on aimlessly before being put in her place… and learning nothing in the process. One could even question Falcone’s motives. Perhaps, sensing his wife is being pigeonholed, he drafted a narrative that aggressively confronts that. Of course, in order for any such subversion to work, the results should be hysterical. Here, they’re just horrible.

True, our star has built up enough goodwill to get at least a portion of her proposed demo to settle in and snicker, but there is so much that’s wrong with this experience that “liking” your lead won’t be enough. For a while there, Melissa McCarthy’s career was skyrocketing. With Tammy, it all comes crashing back down to Earth with a hollow, hateful thud. 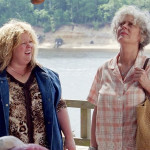 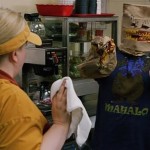 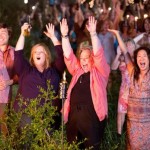 One thought on “Tammy”