Presenting a slice of impoverished life, Sunlight Jr. illuminates the ongoing struggles of a couple just trying to get by. To the film’s credit it feels as if we’re being dropped into the middle of the day-to-day fight at a random point, intimating there have been preceding lows and little hope for a better tomorrow. There’s no manufactured obstacle to overcome on the way to prosperity, only a constant scraping that leads to varying degrees of distress. The problem with always downplaying the downs is a loss of resonance. You can only watch these people flounder for so long before any message behind their hardships is as lost as the characters.

Eking out a living in a strip-mall-infested Florida hinterland, Melissa (Naomi Watts) works at a 24-hour convenience store that gives the film its title. Her boyfriend Richie (Matt Dillon) contributes to their meager living with modest government disability checks. He’s confined to a wheelchair, though his being a paraplegic isn’t offered as the sole reason for their issues. There’s plenty of dysfunction to go around.

Writer-director Laurie Collyer, with her first feature since 2006’s Sherrybaby, firmly establishes the couple’s plight before revealing Richie’s disability. They live in a rundown motel, discuss how to get the next batch of groceries, and run out of gas in the car, forcing Richie to crawl from the driver’s seat and wheel himself home. He never gives an overly emotional plea regarding his disability; there’s only a brief daydream of walking out of a government assistance office before snapping back to grim reality.

Defying Richie’s assumption that he was “shooting blanks,” the couple conceives a baby they should know they’re ill-equipped to care for. Instead of freaking out — and reinforcing the blissful ignorance apparent in being unaware of Richie’s fertility — the couple excitedly discusses getting married and goes through a list of baby names. It takes them much longer than us to realize they’re in way over their heads. With Melissa taking home expired food from work and Richie selling a refurbished VCR to a bartender for a $10 profit, the overbearing bleakness of the present makes it hard to image parenthood as a life-affirming future. It’s not a good sign when a young mother in line at the currency exchange wishes Melissa luck with a chuckle before offering halfhearted congratulations on her pregnancy.

In a generally quiet picture it’s obvious when Collyer starts to push things a bit too far in depicting a never-ending cycle of generational hardships. In addition to harassment from her boss, Melissa is stalked by her drug dealing ex-boyfriend Justin (Norman Reedus), who is setting a terrible example for his teenage son. Melissa’s alcoholic mother (Tess Harper) has a gaggle of foster kids, using the state assistance to pay the rent on her dingy home. A dingy home that happens to be rented from Justin. Not the most subtle way to suggest the constrictive claws of destitution.

Watts and Dillon both do a fine job of inhabiting their mostly good but stuck characters. In a few scenes it’s almost as if Watts wills the lines in her face to get a little deeper, while Dillon’s outbursts of repressed anger and desperation never go over the top. They also never come off as completely righteous victims, each seeming to have the ability to do more, but are just too worn down or unsure about seizing opportunity. Though there’s honesty in the portrayal of these people and their situation, there’s nothing intensely insightful. If the message is simply that these people exist, while authentic and poignant, it’s hardly a revelation, and Sunlight Jr. doesn’t offer a profound understanding. 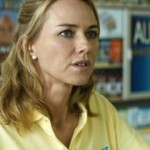 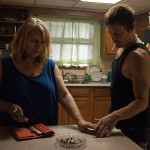 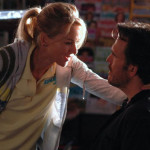