What Doesn't Kill You...
Buy It From Amazon
Buy It On DVD
Buy It On Blu-Ray

Four years ago, it was the terror attack that rocked the nation, if not the world. On April 15th, as runners were crossing the finish line as part of the annual Boston Marathon, two homemade bombs exploded. When the smoke cleared and the victims were counted, three people were dead, dozens more were injured, some severely. Included in that number was Jeff Bauman, an everyday Joe who happened to be at the wrong place at the completely wrong time. He lost both of his legs in the explosion, and the resulting trauma became the basis for a memoir. Entitled Stronger, it is now the source for an exception new film starring Jake Gyllenhaal as Bauman, and directed by David Gordon Green.

It’s an interesting choice for the filmmaker who has bounced around between highly praised indie dramas (George Washington, Prince Avalanche) and unusual cult comedies (Your Highness, Pineapple Express). In fact, his next effort will be a reboot/sequel as part of the hallowed Halloween franchise. So Green clearly is an artist that’s hard to get a handle on. Watching how he expertly maneuvers through this material, how he elicits exceptional performances from the entire cast, you wonder why he bothers focusing on any other kind of film.

Gyllenhaal’s Bauman is a manboy who still lives with his “Ma” (Miranda Richardson). He loves the Red Sox, his buddies, and his girlfriend Erin (Tatiana Maslany). She, on the other hand, has had it with his inattentive ways. He never seems to be interested in what she’s doing. So our hero relents and decides to watch his woman as she runs the Marathon. Fast forward, and Bauman has lost his legs and is required to adjust to a life minus part of himself. He’s also confronted by his present day choices as well as the guilt Erin feels for him being present during the bombing.

There is nothing unique about Stronger. It’s your typical true story that’s been reconfigured and dramatized for the big (or sometimes, small) screen. The same cliches are present–overcoming adversity, an arrested adolescent finally growing up, a complex relationship finally boiled down to it basics, a young man without purpose finding it after a horrible tragedy. But such tired truisms are what actually make Stronger so powerful. Green understands how to handle them, and along with a pitch perfect cast, they create a window into the real world, not a manipulative melodrama involving actual events.

Get ready to hear Oscar buzz about Gyllenhaal’s performance. He is flawless here, acting as the center to a situation filled with familial dysfunction, interpersonal conflict, and competing personalities and problems. Bauman is a man that blanches at all the praise and publicity. He is petrified when he learns that Oprah is coming to town to interview him. This is a small man thrown into a large situation. He doesn’t feel like a hero even though everyone wants to treat him like one.

The same can be said for Maslany and Richardson. Both are playing women we’ve seen before–the long suffering girlfriend and the hard boiled, brass tacks mother–and they give them a unique turn. They don’t glamorized these characters. Instead, they show both the good and the bad, the fire and the fault within each of them. This is especially true of Richardson, who reminds one of Melissa Leo and her Oscar winning turn in The Fighter. While not quite the wicked witch that David O. Russell featured, Bauman’s mother is just as memorable.

Stronger may not say anything knew about being suddenly thrust into the spotlight and overcoming adversity. How David Gordon Green delivers this truism is what makes the movie so magical, and memorable. 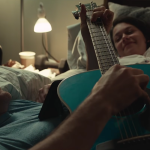 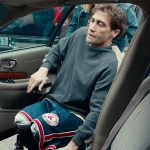 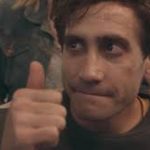