I came here to kick ass and wear turtlenecks.
Buy It From Amazon
Buy It On DVD
Buy It On Blu-Ray

Steve Jobs is the perfect film for the people who made it. Oscar winning director Danny Boyle loves dreamers and people who think big. His films are full of such lively and inviting individuals. Oscar winning screenwriter Aaron Sorkin, on the other hand, loves assholes. He enjoys the angry misanthrope who succeeds in spite of his or her lack of people skills, the comeuppance that should arrive almost always shrouded in an equal level of success.

Add in a pitch perfect performance by Michael Fassbender as the Apple idol and an equally effective group of supporting players and you’ve got the kind of movie that makes critics swoon and audiences pay attention. Told in movements, each sequence revolving around another product launch, Boyle and Sorkin believe in the genius of their subject. They also believe in his vision and imagination, while giving us plenty of examples of his hate and pettiness.

Steve Jobs begins in 1984, with Apple riding high after Ridley Scott’s 1984-inspired Super Bowl commercial. It’s time to put the Mac out there, even if other members of the fledgling company’s brain trust — co-founder Steve Wozniak (Seth Rogen), marketing queen Joanna Hoffman (Kate Winslet), and CEO Jeff Sculley (Jeff Daniels) — aren’t quite sure about it. Fast forward a few years, and Jobs is out of the business he started, working on the ultimately doomed NeXT project. Advance again, and Jobs is back at Apple, getting ready to push the iMac (and all the “i” stuff to come). In between, the wily wunderkind must deal with a daughter named Lisa whom he doesn’t acknowledge and a working environment where he’s more of a terror than trusted collaborator.

With Boyle building in backstory via his patented montages and Sorkin unleashing the poison from his pen, Steve Jobs is short on reverence, relegating that to the Ashton Kutcher take on the material from a few years back. This isn’t a biopic; it’s a sketch, a sequences of specifics used to highlight a much broader and more general explanation of Jobs. The focus is on a man maneuvering through a brand new business model within the same-old-stuff corporate categories. He wants results. His teams want him to stop being such a bastard. Together, they make history.

As a director, Boyle matches previous Sorkin partner David Fincher in finding a distinctive visual voice for his approach. Instead of darkness and cold menace, the Englishmen adjusts stocks. He goes grainy in the beginning, smoothed out in the middle, and flashy toward the end. He also trusts Sorkin’s words and the actors he’s picked to perform them. Everyone is excellent, including the usually slack-tastic Rogen who turns Wozniak into the awkward Jiminy Cricket that Jobs definitely needs.

You can tell the quality of acting here by how electric it feels onscreen. Like Shakespeare and Mamet, Sorkin’s words require a special skill to deliver with the proper pretense. It’s also important to take such blatantly written conversations and make them sound organic. When a bunch of experts bring their A game, you expect nothing less than a minor masterpiece. Unfortunately, because of the hero worship that followed Jobs after he stepped back in to resurrect his personal computer empire, the movie seems a bit flat. We enjoy the ride, but there’s very little that resonates beyond it.

Perhaps a bit more context would have helped. There was a time, after all, when IBM ruled the PC roost, CDs were the music format of the future, and personal digital assistants could barely keep up with your contacts. Today, no one lives without an Apple symbol close by, either literally or figuratively. While it might not show you specifically how he changed the tech trade, Steve Jobs explains how someone like him could. Chutzpah and brains were only part of it. Being a selfish jerk added fuel to his desire to succeed. Sorkin and Boyle understand this, and make it the reason to see this sensational film. 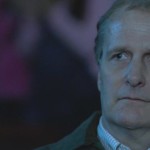 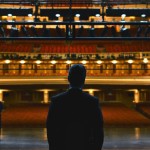 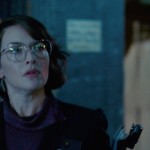