Leave the gun. Take the robot.
Buy It From Amazon
Buy It On DVD
Buy It On Blu-Ray

You can sense it from the moment the iconic crawl begins — this will not be a repeat of the dismal, George Lucas’ directed prequels. Then, when names like Skywalker and Solo are tossed around, you instantly realize why that baffling birth of Darth Vader trilogy didn’t work. Star Wars was never really about the mythology. It was about the characters, and the actors and actresses who played them.

Without Mark Hamill, Carrie Fisher, and of course, Harrison Ford, we might not have the global phenomenon we see today. With them, however, J.J. Abrams long-hyped reboot reverses the course carved out by Hayden Christensen and Co., bringing the series back to the beginning, so to speak, and doing a damn fine job of it in the process.

Without giving away too much, this is a search for someone. The new members of the growing cosmic collective — scrap scavenger turned accidental rebel Rey (Daisy Ridley), AWOL Stormtrooper Finn (John Boyega), best damn pilot in the star system Poe Dameron (Oscar Isaac), and Sith-in-training Kylo Ren (Adam Driver) — are here to propel the proposed sequels, while returning icons Han Solo, Princess — now General — Leia, and Luke Skywalker are along to provide the foundational gravitas to keep the constantly shifting plot points grounded. Yes, Chewbacca is back, as are C-3PO and R2D2, but all are being repurposed in service of a story involving the remaining elements of the Empire (now called the First Order) a Death Star-like planet killer, and an attempt to reestablish the peacekeeping Jedi. They’re also trumped by new droid BB-8.

If you were old enough to stand in the (noticeably smaller) lines of 1977 when Star Wars first appeared, The Force Awakens will give you the same exhilarated feeling you got when walking out of the theater. It’s instantly accessible, deep without being overdone, and perhaps most importantly, reverent to the original trilogy and the players who populated it.

This will clearly be the last time we see the old guard, each one given their piece to play in the new series setup while the upcoming one-off movies extend the new mythology. But in terms of good old-fashioned entertainment, from the use of practical effects to John Williams’ reimagining his original soaring score, The Force Awakens is delightfully familiar. With Abrams behind the lens, it’s also incredibly fresh and a whole lot of fun.

Ford is one of the standouts here, his normal savoir faire bringing us right back to the moment we first met this sassy smuggler. Yes, he’s aged, but in a good way. He’s more thoughtful now, less prone to the kind of hair-trigger, Greedo-shooting antics that got everyone it trouble nearly 40 years ago. He is matched by newcomers Ridley and Boyega, who provide the yin and yang of heroism this kind of narrative requires. As the new evil, Driver does some very fine work, but you can clearly see where his cause is taking him. He wants to honor Darth Vader with what he’s doing. His new master, however, is a far more imposing (and important) presence.

Yes, there are twists and turns. Sure, there are secrets and reveals. In the end, however, Star Wars: The Force Awakens is its own unique and undeniably well-crafted thing. It’s nostalgia filtered through someone who knows how to handle such a homage, different without wholly confusing those coming in clean.

If you’re invested in this universe, if you remember waiting patiently for the next sequel to arrive or eager to learn how cliffhangers will be resolved, this movie will pay off that investment. If the prequels provided enough fuel to have Lucas’ cinematic hodgepodges fall from your grace, this film will find you reevaluating your hate. Clearly, J.J. Abrams understood what it takes to make Star Wars viable after decades of deconstruction. The answer is the terrific The Force Awakens. Bring on Episode VIII! 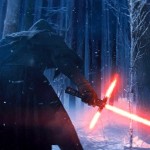 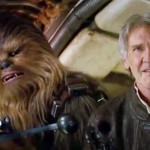 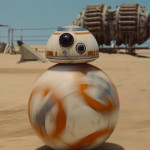