The Square
By: Norm Schrager

As Egypt’s internal political struggle continues yielding violent acts and revolutionary actions, a film that chronicles its historic evolution is playing everywhere and receiving awards. Nominated for the Best Documentary Oscar, The Square is an important record that starts in the streets with its subjects, steadfast individuals who wonder if the decades-long reign of Hosni Mubarak can be broken simply by protest. As the world knows now, it could. Director Jehane Noujaim (Control Room) shows us the roiling energy it took to happen — as well as the dangerous aftermath.

If documented proof is one of the most valuable weapons against rights oppression, then Noujaim’s film aims to be a powerful powder keg ready to fire on behalf of democracy. Noujaim covers roughly two years of uprisings with a ground-level account that focuses on three participants in Cairo’s Tahrir Square protests: Ahmed, a tenacious young man with brilliant debating skills; Magdy, a father who struggles with his personal revolutionary interests and those of his religious organization, the controversial Muslim Brotherhood; and actor Khalid Abdalla (The Kite Runner), a fierce, bilingual, anti-government personality who became the English voice of Tahrir Square thanks to interviews on CNN and other news outlets.

Condensing the story of millions into the experiences of just a few doesn’t reduce the story — in fact, it accomplishes the opposite, bringing the battle and its fears to the screen with greater impact. If an English language audience has trouble emotionally connecting with the issues of an Arabic-speaking country, movies like The Square break that down fast.

As Noujaim carefully balances the screen time among her three participants, her film becomes very effective at conveying what these roles mean to the peoples’ fight. Ahmed is easily the audience favorite, a smiling, hopeful proponent of equal rights and the separation of church and state. Khalid is the angry witness, rushing back to apartments to edit homemade videos from the Square and post them on YouTube. And Magdy is the embodiment of political turmoil via his own internal issues. As the Square evolves – both the film and the actual location – we naturally look to each man as if they were playing roles in a fictional film.

For those not especially familiar with what happened in 2011, the film seems unorthodox, even off-balance, as Egyptian protesters successfully remove Mubarak from power by the end of the film’s first section. Even if you do know the facts via news accounts, Noujaim and her team of editors build suspense the right way, conveying how it feels to wait for a tide to turn… and setting up for the wave of violence and despair that would follow.

While The Square is clearly a testament for the people — through protestors’ arguments, the Muslim Brotherhood is seen as savvy opportunists — Noujaim briefly entertains a re-definition of a democracy. If throngs of citizens are prepared to protest repeatedly until one of their own is appointed leader, is that the reflection of a democratic system? Or is it a working-class coup?

There’s just a hint of those questions, however, as The Square celebrates the ferocity, dedication and camaraderie of an entire generation that’s ready to change their country with ideas. Their inability to do so in one fell swoop, and their gradual victories, feel like a history lesson. And a humanity lesson. 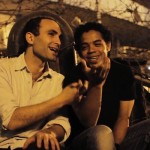 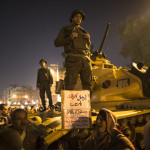 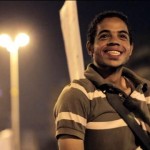 Rising with the Arab Spring