Pop a wheelie.
Buy It From Amazon
Buy It On DVD
Buy It On Blu-Ray

At some point, audiences will tire of Melissa McCarthy. With all comics, male or female, their reign as funny person du jour eventually ends. It’s a bit depressing when you think about it — a once famous face, known for their ability to make people laugh, suddenly becomes a stale, stunted presence. It’s happened to everyone from John Candy to Jim Carrey, the limelight slowly dimming until another name comes along to take the throne (are you listening, Kevin Hart?).

McCarthy may be different, though. She’s earned more than just giggles for her onscreen work. Her Best Supporting Actress nod for Bridesmaids proves that she’s capable of moving beyond being the big butt of a movie’s jokes. With The Heat, she showed even more range, stealing the entire film away from an actual Oscar winner (Sandra Bullock). Yet 2014’s Tammy argued for an actress who needs outside guidance to give her work real resonance. Luckily, McCarthy is back with the man who made her a star — writer/director Paul Feig — and the results are Spy, one of the funniest films of 2015.

As the title suggests, McCarthy is dowdy desk jockey Susan Cooper, one of the CIA’s best top level intelligence analysts. Working behind the scenes, and in tandem with her field “partner” Bradley Fine (Jude Law), she’s the brains behind all the faux James Bond brawn. One day, while investigating the theft of a nuclear warhead by devious arms dealer Rayna Boyanov (Rose Byrne), Fine goes missing.

Hoping to find out what happened, and to prevent the sale of the nuke to the sleazy DeLuca (Bobby Cannavale), the bureau decides to send someone in to investigate. Since Rayna knows the identity of all the active agents, they choose Cooper to enter the fray. Armed with a bunch of stereotypical covers, and an uber machismo helper, Agent Rick Ford (Jason Statham), our heroine must circle the globe tracking the deal. Of course, her skills behind the desk have a hard time translating to the realities of actual on the ground espionage.

With excellent work from Allison Janney (as McCarthy’s no-nonsense boss) and Miranda Hart (as Cooper’s best buddy, Nancy), Spy sports a decidedly female-ccentric dynamic. It’s one of the hallmarks of Feig’s work (and why he’s poised to reboot Ghostbusters with an all woman cast). While the men are either scumbags (Cannavale, Cooper’s Italian contact, the inappropriate Aldo–Peter Serafinowicz) or testosterone fueled tools (Statham, who steals each and every scene he is in), it’s the ladies who do the majority of the ass-kicking here. Yes, McCarthy’s bits are played for giggles, but she’s also no doormat. Instead, Cooper is a smart, intelligent woman who is very good at her desk job. She’s a fish out of water in the field, and yet her inherent skill set makes her more than capable.

As with most starring vehicles, Feig has to find ways to keep McCarthy from falling into familiar traps. Does he rely on her size to sell certain jokes? Yes. Does it matter? Not when an actress is as game as this one. Size is not a major handicap for Cooper, it’s just part of who she is. McCarthy is also the queen of the non-patriarchal potty mouth. Some of her insults are so profane that those she’s aiming them at should be proud for being her target. She is very good here, a combination of all the factors that made her famous in the first place. And since Feig knows best how to showcase her complex personality, Spy succeeds.

Yes, there are moments here and there that don’t work and a couple of fringe characters overstay their welcome, but for the most part, Spy is solid. It requires the resolve of its star to succeed, and luckily, the woman in charge is at the height of her humor powers — at least, for now. 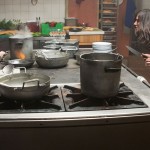 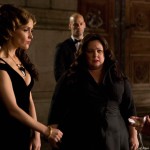 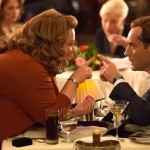