Whatcha gonna do when they come for you?
Buy It From Amazon
Buy It On DVD
Buy It On Blu-Ray

It begins with a flurry of hedonistic fireworks. It ends in explosions of a different kind. Harmony Korine’s borderline brilliant Spring Breakers is less about sex, drugs, and the drunken idiocy of vacationing college kids and more about the lure of such escape, the reasons young people flock to places like Daytona and St. Pete Beach while bathing everything in the sweet smell of suntan lotion and marijuana smoke. For our quartet of heroines, this Pilgrim’s Progress is their moment, their chance to prove to themselves and others who they really are. When the bong hits clear and the kegs run dry, the insights this director provides tell us more about the present culture — and its obsessions — than any documentary ever could.

Hoping to leave their dreary dorm lives behind, four girls — bad babe companions Candy (Vanessa Hudgens) and Brit (Ashley Benson), their fellow party partner Cotty (Rachel Korine) and friend since childhood Faith (Selena Gomez) — decide to head down to Florida for that infamous annual rite of post-adolescent passage. Without the necessary funds to travel, however, it looks like things will stop before they even start. Desperate to make their trip work, Candy, Brit, and Cotty rob a local hangout and, with the stolen cash, hop on a bus to the Sunshine State with Faith. Once there, it’s the usual drink and debauchery — that is, until police show up to put a stop to the underage shenanigans. As luck would have it, a white rapper/thug known as Alien (James Franco) comes to the rescue. While claiming nothing more than friendship, he clearly has more unhealthy designs for these unsuspecting innocents.

With the mesmerizing score by Cliff Martinez and electronica artist Skillrex throbbing in the background, Spring Breakers is both catharsis and comment. It’s everything you feared a hard ‘R” romp through the true naked and numbskulled March madness would be, layered with a lament that hits home over and over again. If you believe Korine, the wanton outpouring of horrific anti-social behavior is clothed in a hatred of self, in a lack of pure personal direction, and a need to find something other than the sameness of home to inspire one’s continuing caring about life. It’s suicide as street party, a hardcore indulgence in everything forbidden in hopes that some manner of enlightenment — or end — will occur.

What arrives, instead, is Franco, in an Oscar-worthy turn as the suburban “gangsta” with the faux ghetto attitude. While the throng of inebriated partiers appear to be the tribe our gals respond to, it’s Alien which actually provides the cornrowed path to their longed-for freedoms. His repetitive mantra — “Spring Break… Spring Break…” — offered in a mannered, Southern drawl, acts like the promise of a new and more exciting existence. When we learn of his ultimate plan, and his ongoing beef with a former mentor, his purpose becomes devious. And deadly.

Korine handles all of this with a skill previously absent from his oeuvre. The editing is precise while retaining its hallucinatory impact. He lets his inviting images speak as loudly as the limited dialogue we hear. Similarly, the performances are pitched perfectly between three-dimensional characters and cautionary examples. No one is all bad, and equally, no one is all good. In fact, it’s safe to say that Spring Breakers moves beyond your public intoxication expectations to become something really profound. Like the main characters’ experiences, what you thought would happen does… and doesn’t. That dichotomy turns the standard into the spectacular. 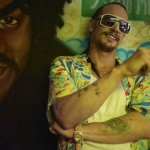 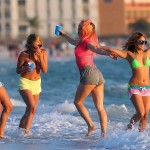 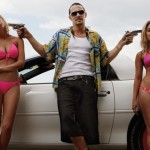