Get Outta Here!
Buy It From Amazon
Buy It On DVD
Buy It On Blu-Ray

I’m a little torn on Split. The latest from M. Night Shyamalan contains intriguing concepts and two solid performances, though they feel a bit wasted in an overlong exercise that fails to pay off. Instead, a showy ending tag undercuts any emotional resonance.

In many ways, Split is a return to Shyamalan’s early form in The Sixth Sense or Unbreakable, being a high concept, moody thriller in which characters deal with deep seated trauma while facing extraordinary, and perhaps unnatural, circumstances. It’s well-acted, gorgeously shot utilizing just a few locations, and organically tense; there’s just not enough gravity or complexity to the scenario. It’s saying something that despite nearly two hours of psychological maneuvering all that’s going to be talked about are the final 30 seconds, and for reasons other than their connection to central themes.

James McAvoy plays a man afflicted with Dissociative Identity Disorder (D.I.D.), and one of his personalities kidnaps three teen girls in the film’s opening scene. Waking locked away in a dank subterranean room, social outcast Casey (Anya Taylor-Joy) is pragmatic about the predicament, while Claire and Marcia (Haley Lu Richardson and Jessica Sula) are panicked and want to jump their abductor and escape. That actually seems like a pretty good plan, especially when he appears as a feeble nine-year-old named Hedwig, but because Casey is the smart one, they – and we – wait for whatever’s coming.

What comes are three things: flashbacks that reveal why Casey is a loner, an acting showcase for McAvoy, and long-winded explanations about D.I.D. from his psychiatrist, Dr. Fletcher (Betty Buckley). She’s an exposition machine, explaining her unique theories on the disorder to a neighbor, a colleague, and to her troubled patient. In the clunkiest info dump she says that she’ll be giving a Skype presentation about certain topics and then, sure enough, she gives that presentation and provides more details.

Fletcher’s ideas are interesting and help tease what may be in store for the girls, the only problem being that they aren’t really teases since Split shows its hand whenever there’s a chance to surprise. Shyamalan doesn’t build the suspense to pulse-pounding levels, choosing to clarify narrative developments whenever possible, and the compassion for Casey and her fellow prisoners fails to be profound. Claire and Marcia are objects, paraded around in various stages of (PG-13) undress before being literally locked away and forgotten about for much of the movie.

Taylor-Joy gives another fantastic performance as the resourceful yet haunted Casey, playing a different kind of disturbed than she did in The Witch. We completely buy her as both capable and wounded. McAvoy impresses by giving each personality – including the nine-year-old, a regimented germaphobe with a Brooklyn accent, a motherly woman, and a sociable fashion designer – distinct ticks and inflections that are fun in their flamboyance.

The creepy vibe is sustained by the look of the underground lair, with worn corridors, pipes, locked doors, and small compartmentalized living spaces that mirror the troubled main character’s psyche. Shyamalan and cinematographer Mike Gioulakis make the labyrinthine setting foreboding, contrasting it with the usually bright and welcoming home/office apartment of Dr. Fletcher.

What Split fails to balance properly is tone, segueing from dark suggestions of abuse to amusing asides that fail to mesh as the story unfolds sleepily before rushing through the final act. The climax plays fast and loose with established rules and conveniently invents more in the service of spectacle and quick resolution rather than significance. The disconnect between actions and meanings is most apparent in the final few scenes. There’s a striking close up that wears so much hurt, displays emotional and physical anguish, and so delicately communicates gloomy subtext. And then… cut to the ostentatious end. 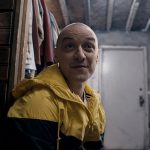 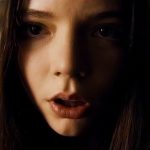 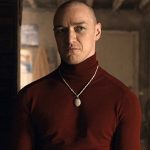