Now is the time on Sprockets when we shoot!
Buy It From Amazon
Buy It On DVD
Buy It On Blu-Ray

Purists are going to hate Spectre. It messes with the James Bond mythos is such significant, post-millennial ways that it is bound to make those who’ve meticulously followed the character’s every adventure, all the way back to the Sean Connery days, blow a gasket. It’s not as good as Skyfall, suffers a bit from Daniel Craig’s ennui at continuing this cinematic spy charade, and offers a revamp of a familiar foe that really didn’t need to be included. Still, for those who’ve enjoyed this take on the 007 legacy, Spectre delivers what we’ve come to expect — amazing action and plenty of over the top espionage operatics.

As he did with the previous installment in the franchise, Sam Mendes finds a way to milk thrills out of both the stunts and the specious storyline. Bond (Craig) tries to stop a pair of bombers from blowing up a stadium full of people. A helicopter chase ensues over a Mexico City Day of the Dead celebration. By the end, our hero has bested his foe, stealing his engraved octopus ring in the process. Back at HQ, the new M (Ralph Fiennes) takes Bond off field duty indefinitely. He is dealing with the blowback from the events of Skyfall, as well as a new boss, C (Andrew Scott), who wants to merge MI5 and MI6 and get rid of the 00s in the process.

Bond goes to the funeral of the man he killed and finds the guy’s wife (Monica Belluci) who explains her late husband’s connection to a crime syndicate. Attending one of their secret meetings (thanks to the octopus ring) he learns of Spectre, its purpose, and its leader, Franz Oberhauser (Christoph Waltz). Before he knows it, Bond is being pursued by an assassin, Mr. Hinx (Dave Bautista), out to get rid of the secret agent once and for all. The events of Quantum of Solace and Casino Royale are referenced before secret identities are revealed, the daughter (Léa Seydoux) of a double agent is located, and a final confrontation between 007 and a Spectre mole in MI6 brings things to a close.

There is much more going on in Spectre, much more than a mere 600-plus words can cover. Rumor has it that this will be the swan song for Craig as the character, and you can feel the finality. There are long stretches of this film where Mendes and the screenplay (penned by a collection of writers) act as if they are trying to justify themselves. The setpieces are smart and engaging. The plotting often isn’t. In essence, Spectre is about reveals — who is the mole, who is Oberhauser really (any fan has already guessed his identity), and why is Bond at the center of his strategy? It would be nice to say that all of these questions are answered in a fabulous way. Unfortunately, they aren’t. They’re just adequate.

Listen, Skyfall would be a hard act for any film to follow. It’s not only a great Bond entry, it’s a great movie period. Mendes brings the same style to this installment, but it doesn’t resonate the same way. Part of it is Craig’s fault. He seems ready to quit, sometimes in the middle of his dialogue. The rest of the cast is fantastic — especially Ben Whishaw as gadget master Q — yet the core appears to have lost interest. Waltz is a fine villain (though he’s no Javier “Mr. Silva” Bardem), but he’s not mythic. A great baddie makes a great Bond. Oberhauser (or whoever he is) is just adequate.

In fact, that’s the underlying reality of Spectre. Instead of being magnificent, it’s just sufficient. It won’t change the minds of those who entered the franchise during its late ’90s/early ’00s renaissance, but with the pedigree it was coming from, it should have been a masterpiece. Casual fans will wonder what all the complaining is about. Obsessives already know why Spectre is far from fantastic. 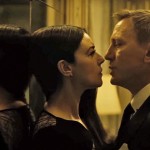 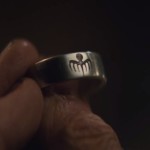 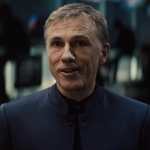