The Spectacular Now
By: Bill Gibron

What about prom?
Buy It From Amazon
Buy It On DVD
Buy It On Blu-Ray
Buy The Book

It’s hard being a teenager. Life quickly goes from the carefree days of your youth to the impending horrors of adulthood. It’s a time when little makes sense — personally, socially, biologically — so you can forgive Sutter Keely (Miles Teller) for living in “the spectacular now,” making the most of every moment, usually with the help of some alcoholic beverage. Strike that — a LOT of alcoholic beverages. Sutter drinks so much that he loses his longtime girlfriend Cassidy (Brie Larson) and sees his post-graduation college prospects go up in fermented fumes. Then, one day, he wakes up on the lawn of local nerd girl Aimee Finecky (Shailene Woodley) and soon the pair are inseparable. She is drawn to his extroverted, and often inebriated, bravura. He likes her book smarts and her similarly painful home life.

Based on the novel by Tim Tharp and featuring fabulous work from screenwriters Scott Neustadter and Michael H. Weber ((500) Days of Summer) and director James Ponsoldt (Smashed), The Spectacular Now is one of those special movies that will quickly become Gospel, especially for those, and there will be many, who see themselves in this collection of intelligent if vulnerable young people. While poised as kind of a love triangle (Sutter still wants Cassidy while Aimee continually finds her new drunk friend fascinating) meshed with that popular post-modern subgenre of cinematic familial dysfunction, there hasn’t been a better coming of age example in many a moon. John Hughes wishes he was as insightful, his ’80s icons now look like dorky slackers when faced with the inner pain these kids are carrying.

You see, Sutter misses his Dad (Kyle Chandler). He never really knew him and his mother (a marvelous if underused Jennifer Jason Leigh) makes it very clear he should have nothing to do with him. Yet, like most people in his predicament, our hero needs someone to blame his imbibing on, and if he’s unable to look in the mirror, genealogy must be the answer. For Aimee, things are a bit harder. Her dad is dead, and she’s never gotten over the loss. She thinks heading off to college and going along with the standard social script will bring her a kind of closure. Instead, it’s Sutter and his “little boy lost — and loving it” persona that perks her sentimental interests. You can tell that these two should be together and yet The Spectacular Now also makes it clear that theirs will be a rocky road indeed. Sutter seems settled in his soused slackerdom. For Aimee, booze and bad hangovers are not cool.

The film can feel a bit bifurcated sometimes, focusing too much on the deadbeat dad and not enough on Sutter’s internal struggles. Cassidy is also a bit of an anchor, constantly reminding our hero that his best days and best chances may long have passed him by, and he drags on the narrative. There is a sadness to this movie, something the typically optimistic coming of age film tries to avoid. Sure, we sense the characters coming out of this the right way, but not without some very difficult soul searching. Toss in a last act near-tragedy which, luckily, doesn’t provide the kind of cliched epiphany we expect, and The Spectacular Now goes from very good to near-great. The sudden realization that alcohol won’t solve his problems pushes Sutter to a kind of clarity he might not have otherwise found.

With Oscar-caliber performances all around and a frankness that shows the flaws in other examples of its kind, The Spectacular Now will probably be perceived as “too adult” for those it would most likely influence and affect. That’s too bad, since the lessons its measures out and the means it uses to explain them create one of the best, most compelling cases for growing up ever put on film. 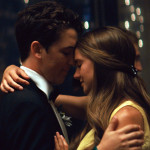 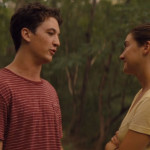 4 thoughts on “The Spectacular Now”