"I love doing cooking shows, because I knead the dough."
Buy It From Amazon
Buy It On DVD

Carlo Petrini, an ebullient Italian dreamer/visionary and benefactor of fine food and drink is the subject of Stefano Sardo’s breezy testimonial tribute to Petrini, Slow Food Story, a hagiographic effusion to Petrini and his development of the International Slow Food Movement.

The Slow Food movement is an international lobby designed to convince people around the world to reject fast food and approach food with reverence, preserving traditional cooking methods and encouraging locally grown produce and untainted livestock. “It is not what we eat but the way we eat that is destroying the planet due to industrial food production,” remarks Petrini. Consumers should not scrimp on food purchases. The price of food should rise with its quality: “We are at this absurd figure where underwear costs more than food.”

Petrini abhors bland, cheap food and promotes the gourmand aspects of food, approached with care and concentrated preparation. In fact, Petrini first came to the fore in the 1980s, protesting the opening of a McDonald’s in Rome.

Sardo chronicles Petrini’s life and causes in fast-paced segmental nuggets (Politics; Food; Slow Food; Good, Clean and Fair) that are introduced by cheerful, cutout animations. Each of the segments are stuffed with testimonials from friends, family, business associates, and writers attesting to Petrini’s greatness; no criticism of Petrini manages to sneak in. You either shrug your shoulders, give yourself up to the zeitgeist, and join the party, or else you’ll bang your head against the wall.

The big glaring problem with Slow Food Story is the assumption that the audience is already aware of Petrini’s greatness and will sit still for the first half hour of adulation of Petrini before the subject of slow food is explored. Perhaps Petrini is a household name in Italy, but to assume Petrini needs no introduction to an audience outside Italy or the slow food cult diffuses the effect of the film considerably.

The other difficulty is that although Sardo enlists hordes of interview subjects to speak of Petrini and the Slow Food movement, with the exception of television clips, there is no Petrini in the film. If one didn’t know better, one would assume that Petrini had died. Without Petrini himself to comment, Slow Food Story is like a cinematic bagel with a big hole at its center.

Slow Food Story also offers a philosophical problem that is deeply troubling. There is no question that mass-produced fast food is not healthy and that quality food preparation accentuating regional distinctions and locally grown products is the ideal. But in today’s economic hard times, who can afford to eat well? When given a choice between a Banquet chicken pot pie that costs a dollar and a locally made version that costs $8, and you have a slim wallet, what will you end up choosing? Petrini says, “If we respect food, we must pay for it.” Which is only true if you can afford to pay for it. This elitist concept is fine for people with money but doesn’t help anyone who has to feed a family on a part time paycheck from Walmart.

Petrini is for the people at the top. The film culminates with the creation of Eataly, a high tech Disneyland of food courts, where “you can get a $2 espresso and a steak with a $300 bottle of wine.”

More disturbing is the seeming complicity of the Slow Food movement with the enemies that they so wholeheartedly condemned. An ad for McDonald’s in Italy has the tagline, “Fast and Slow Food Never Got Along So Well.”

Sorry Petrini. Unless the price of this elitist stew comes down and brings down Tyson, Hormel, and Monsanto with it, I’m afraid I am still going to have to keep clipping those coupons to Ruby Tuesday and Houlihan’s and keep my fingers crossed. 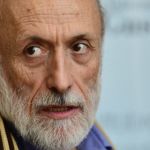 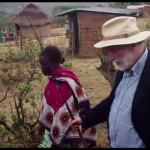 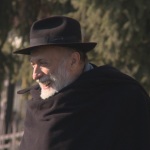