There is no greater mystery to man than faith. Finding the ability to believe in a higher power when reality constantly contradicts those ideals is at the root of all religions. It is also an idea that has formed most of American auteur Martin Scorsese’s oeuvre. From The Last Temptation of Christ and Kundun to less obvious examples (Taxi Driver), conviction has always found its way into his work.

Silence may be the most detailed exploration of his personal passion to date. It has been a pet project for many years, ever since he read ShūsakuEndō’s 1966 novel. The story centers around two 17th century priests–Sebastião Rodrigues (Andrew Garfield) and Francisco Garrpe (Adam Driver)–who must travel to Japan to find out what happened to their mentor Father Cristóvão Ferreira (Liam Neeson). While there, they witness the power of faith and the fear Catholicism brings to the closed-off country. They also become involved in the torture and torment of fellow followers.

There’s not much more that can be said about Silence and its plot within giving away too much or ruining the incredible tone and atmosphere Scorsese creates. You can tell he has obsessed on this project for nearly 25 years since every single thought is up on the screen. This is a beautiful film to look at as well as a thoughtful film to experience.

The main theme centers on martyrdom. What does it mean? Why is it necessary, or is it really needed at all? The Japanese have no tolerance for this Western occultism and what they do to believers is shocking. But how the priests present react is equally important. Silence suggests that suffering is necessary for any dogma to have purpose. Before you can attain Heaven, you have to live through Hell. This is especially true of the main form of persecution the Japanese believers must endure. While we won’t give it away, it is a visually stunning show of sacrifice.

Scorsese is on the top of his game here, his direction assured and at times exquisite. He uses location well (while set in Japan, the movie was shot in Taiwan) and the verdant backdrops counteract the horrors inherent in them. There is danger around every corner, and Scorsese’s skill behind the lens amplifies all the suspense. His actors, once again, step up to his demands, turning in Oscar level performances. This is especially true of Garfield and Driver who enter this Pilgrim’s Progress pure and wind up being tested to the very core of their being.

In essence, Silence is a grandiose statement that asks the question “What would you do?” If you were the persecuted people, would you accept the punishment or renounce your faith? Would you let others suffer while you remain silent? As a member of the religion being targeted, would you stand up for your brothers and sisters, or watch them die without defending them? When do you stop fighting, and when do you continue on? This can be a very brutal film, but one that casts its horrors as a test. It’s like the cinematic version of the questions “If there is a God, why is there so much pain and death in the world?”

The answer, which we all know is man, becomes the thread that draws us into and through this 161 minute exploration of personal responsibility and ethereal guilt. As the story plays out, as each scene sinks into our soul, we stare in wide-eyed wonder over how this amazing filmmaker continues to impress. Nearly 50 years into his career, Martin Scorsese remains a consummate creator. Silence is a sensational experience. It’s also trying, emotionally draining, and insightful.

The Blu-ray includes one making-of featurette. 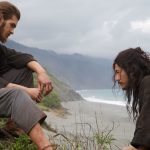 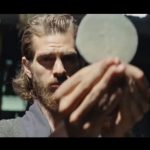 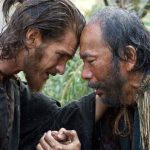 One thought on “Silence”