It's hard out here for a kid.
Buy It From Amazon
Buy It On DVD
Buy It On Blu-Ray
Buy The Soundtrack

Growing up is hard for everyone, but it’s a lot harder for some than for others. Unfair as it seems, some young people get saddled with problems that are bigger than their emotional capacity to deal with them. It creates confusion, despair, and anger. Short Term 12, written and directed by Destin Cretton, is about kids and teenagers in exactly this sort of predicament. Here is a film so full of truth and humanity that you just want to hug it and never let go. That’s not hyperbole; movies of this stripe are a real rarity. Short Term 12 studiously avoids formula at every step, choosing instead to explore its themes with so much empathy that it’s almost impossible to walk away untouched.

The film is set at a foster care facility for at-risk youth. Brie Larson plays Grace, the head counselor. Her days are spent putting out fires: chasing down the kids who try to escape, de-escalating meltdowns, and encouraging her charges to keep the faith, even when their lives feel terminally ruined. The facility houses two teenagers with whom she especially connects. One is Marcus (Keith Stanfield), an 18-year-old who is afraid of having to leave the facility. The other is Jayden (Kaitlyn Dever), a new arrival who refuses to open up about her situation. Both are emotionally scarred and deal with it in different ways. Marcus at least has an outlet: he writes a powerful rap song about his troubles. Jayden, on the other hand, holds everything in, which only makes it worse. Grace commits to cracking her shell, and as she starts to, it becomes clear that there are very personal motivators behind her dedication. John Gallagher, Jr. plays Mason, another staff member at the facility who also happens to be dating Grace. Despite their relationship, even he doesn’t understand all the emotions swirling around inside of her.

Short Term 12 gets a lot of details just right: the seen-it-all mentality of the workers, who are used to dealing with crises; the way some young people have a layer of vulnerability just below the surface of their tough façades; the manner in which someone’s issues can be triggered out of the blue by someone else’s issues. (Once upon a time, I worked in a foster care program similar to the one seen here, so I can assure you that the level of accuracy is impressive.) With his appropriate fly-on-the-wall direction, Cretton pays attention to moments both big and small, showing how Grace and the other workers are lifelines for these kids, ready to give them tough love when it’s needed but just as ready to lend a sympathetic ear. Most movies portray relationships between men and women, or between friends. Short Term 12 is different in that it’s a study of therapeutic relationships, where people connect not through the positive things but through the negative ones. The precision with which these relationships are examined makes the movie often feel like a documentary, in the best way possible. You become fully engrossed in watching Grace try to save these teens (and maybe herself).

Much of that is due to the performances. Brie Larson has been quietly amassing an impressive body of work, both dramatic (Rampart) and comedic (Scott Pilgrim vs. the World). As Grace, she delivers a commanding, multi-layered turn that establishes her as one of the finest actors of her generation. Larson captures the vital element that makes the character work: to fully help the dysfunctional, one has to be (or have at one time been) a little dysfunctional oneself. The actress makes us understand why Grace is so good at reaching these kids, who shut themselves off to so many others. Keith Stanfield and Kaitlyn Dever are also outstanding, turning in beautifully naturalistic performances that convey all the pain that Marcus and Jayden struggle to resolve.

Given the subject matter, it’s perfectly understandable to think that Short Term 12 would be downbeat or depressing. It is neither of those things. Humor is abundant because, let’s face it, people who work in facilities like the one depicted here know that gallows humor is the only way to cope. This is, at its core, a feel-good film that suggests having people who care about us is our best defense against life’s problems. In fact, as the end credits roll, preceded by a slow-motion shot that perfectly encapsulates the story’s themes, the viewer should prepare to experience a lumpy feeling in the throat. Smart, observant, and possessing shrewd insight into the nature of delinquency, Short Term 12 is a monumental work of compassion.

The Blu-ray contains Cretton’s original 21-minute short film from 2008, a behind-the-scenes featurette, a segment on the musical score, the theatrical trailer, and a couple TV spots. 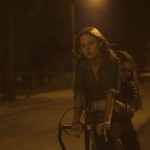 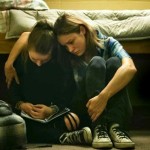 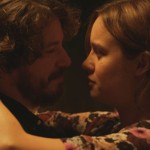