This way to the shearing!
Buy It From Amazon
Buy It On DVD
Buy It On Blu-Ray

When Wallace and Gromit first became known cartoon quantities, the name Aardman was no leader in kid vid animation. Sure, they had a reputation thanks to that inventor and his faithful dog, and a couple of Oscars for their claymation short films, but until W&G really took off, it was mild-mannered Nick Park and his partners in stop motion artistry alone against the advancing fad of CGI. Now, several decades later, Pixar and its pretenders sit at the top of the heap, leaving little room for such rudimentary entertainments, and that’s really too bad. Along with January’s amazing adaptation of the marmalade-loving Paddington, their Shaun the Sheep Movie is one of the best family films of the year.

Telling a simple, mostly dialogue free story (unless you count grunts, groans, and other random inarticulateness as conversation), we are introduced to Shaun, as well as the flock of sheep he tries to keep in line. Helped in that regard by the Farmer’s dog Blitzer, nothing normal happens on this small country estate. When the human boss loses his memory thanks to an incident in the big city revolving around his caravan, the animals must step up and save the day. Shaun does his best, but he’s a sheep, after all. It won’t be easy, but it will certainly be fun. And funny.

With its genial throwback approach and delightful character design, Shaun the Sheep Movie owes a great debt to Aardman’s advances over the years. Some may recognize the characters from their UK TV spin-off origins, while others will see the standard Park perspective in the humor and the handling of material. This is a movie made for the young and the young at heart, an easy to digest diversion that may keep your wee ones at bay, while aggravating the older members in the demo. That’s because this film follows some old fashioned ideas about comedy and narrative. It doesn’t bash you over the head with pop culture quips or bad taste bathroom jokes. Instead, it wears its heart on its furry four-legged sleeve and we eat up every pun filled moment.

There is a gentle whimsy here that most American family films can’t fathom. Unless things are hurtling by the virtual camera in forced 3D gimmickry, it doesn’t register as proper matinee fodder. But Shaun the Sheep Movie doesn’t care for such creative shortcuts. It uses its own unique look, and the occasional lapse into the language of the action adventure, to turns frowns upside down.

All of which makes one wonder why Hollywood can’t follow similar cinematic suit. They crank out amazing product like The LEGO Movie, but when it comes to creating original material like Shaun, they can’t seem to find a reason. Granted, Tinseltown is all about money, and unless something like it racks up significant cash, studio suits won’t be copying it. Instead, they will point to the lack of dialogue, the old school artistry, and the basic animal personalities and blame everyone but themselves.

None of this lessens Shaun the Sheep Movie‘s impact. It grabs you in the joy circuit and sends shockwaves of wonder throughout your jaded mindset. Even better, it makes on want to revisit all 130 episodes of the TV show, especially if most are as amazing as this movie is. In a season which has seen the demented overdone delights of the Minions and the powerful emotional pull of Inside Out, something like this can easily get lost. Parents should make it a point to seek out Shaun, if for nothing more than to show their children that not every animated movie is a piece of product, or a thought provoking prod. Instead, they can sometimes be a whole lotta fun, and Shaun the Sheep Movie is definitely that. 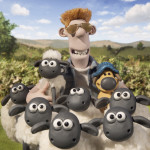 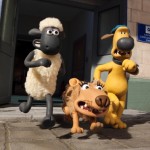 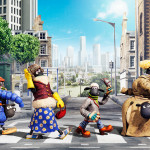