What We Do in the Shadows
By: Blake Crane

We Dance!
Buy It From Amazon
Buy It On DVD
Buy It On Blu-Ray

Combining the sharp genre insight of Shaun of the Dead with the deadpan of a Christopher Guest production, vampire mockumentary What We Do in the Shadows is a wickedly funny spoof. Writers/directors/stars Jemaine Clement and Taika Waititi tap into observational humor that’s smart in its sendup of vampire lore and its relevance to the human condition.

A group of five immortal housemates living in Wellington, New Zealand have laments based on their supernatural circumstance, but they also have relatable issues, if a bit more extreme. One of them hasn’t done dishes in (literally) five years, while requests for keeping the home clean involve putting towels down before biting necks and clearing the basement floor of spinal columns.

The tidy roommate is genial 18th century dandy Viago (Waititi), who pines for a lost love and is kind to his victims before sucking their blood. Vladislav (Clement) looks, talks, and tries unsuccessfully to act like a menacing figure, though he doesn’t use his torture room all that often anymore. Deacon (Jonathan Brugh) is an ex-peasant turned ex-Nazi vampire (“Do you guys remember that war?” he asks), while the ancient Petyr (Ben Fransham) looks like he stepped right out of Nosferatu. Their living arrangement becomes more complicated when brash young Nick (Cori Gonzalez-Macuer) is turned and moves in. He can get the crew into the hippest nightclubs – per established rules they have to be formally invited in, of course. On the flip side, bragging about his newfound immortality to anyone who’ll listen brings the group undesirable scrutiny.

There isn’t a whole lot of plot; ostensibly the documentary crew (provided with crucifixes and promised no harm will come to them) is following the brood in the build-up to a celebration called the Unholy Masquerade, but the event is just another situation ripe for spoofing. If there’s any flaw with What We Do in the Shadows it’s the absence of a clearly defined conflict, making it sputter in spots and feel like a string of sketches or asides. A hilariously juvenile confrontation with a pack of werewolves sets up an inorganic quasi-climax, and various strings just kind of end rather than resolving. I suppose it’s hard to find closure when life is everlasting, though. Thankfully, there’s always a peculiar character moment that keeps us interested and, more importantly, laughing consistently.

These characters work better when freed of the confines of plot anyway, and they’re all fully-realized phony documentary subjects. All of the actors commit and sell their respective character quirks as genuine, if ridiculous. The level of dedication is consistent regardless of perceived significance, from Vladislav’s trepidation at confronting an old nemesis dubbed “The Beast” to Nick’s painful discovery that eating his beloved chips will lead to projectile vomiting blood. Also convincing are the film’s visual effects, used sparingly and integrated seamlessly into the shenanigans. There’s even an effective scare or two.

These vamps are monsters, unapologetically killing innocents, but we can’t help but love them when they quote The Lost Boys, discover the joys of watching a sunrise on YouTube, or bid on antique tables on eBay. Playful and precise, What We Do in the Shadows is destined to gain a cult following with die-hards rewatching countless times, quoting every line, and reacting to every mannerism. 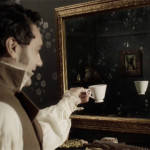 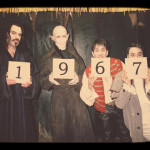 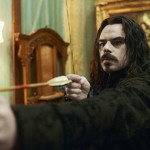