Shouldn't Nicolas Cage be in this?
Buy It From Amazon
Buy It On DVD
Buy It On Blu-Ray
Buy The Book

One’s reaction to the ridiculous Seventh Son is a single word: “Naturally.” You’ll be saying it to yourself a lot during the death march running time of this kiddie matinee throwback. Imagine Ray Harryhausen’s Sinbad films with CG instead of stop motion and a script full of contrivances and coincidences instead of anything interesting or inventive and you’ll get the idea. And all through the plotting, all through the introduction of characters, circumstances, and creatures, you’ll keep muttering “naturally.”

Naturally Jeff Bridges is an aging knight hellbent on keeping witch Julianne Moore locked up in a magical cavern. Naturally, she escapes when the blood moon comes calling. Naturally, Bridges must hook up with Ben Barnes to stop her. Naturally, as the seventh son of a seventh son, he has unusual powers. Naturally, his mother (Olivia Williams) is hiding a secret about her past, and naturally, Moore recruits a pretty young thing (Alicia Vikander) to seduce our would-be hero. Naturally, he gives away his plans. Naturally, she tells them to Moore. Naturally, it all ends in shape-shifting chaos as witches turn into dragons, minions turn into F/X animals, and Bridges must school Barnes on the best way to defeat the evil.

Based on the book series by Joseph Delaney and clearly a better read on the page, Seventh Son suffers from such forced familiarity. It’s so predictable, it produces noticeable groans from the well-versed cinephile. Kids, unfamiliar with the various tropes of such sword and sorcery epics might walk away impressed, but anyone will even a limited knowledge of the genre will tick off the various givens and muse, “Naturally.” Even Bridges’ mush-mouthed accent is a certainty, his acting as of late resembling the dialogue-defying grumbles of Blazing Saddles‘ Gabby Johnson.

For his part, Ben Barnes’ Tom Ward is a blank, boring slate. He is supposed to be gifted, but as with any narrative formula, it takes a whole lot of mind-numbing trial and error to unleash it. In the meantime, his sappy sequences of cow eyes with Ms. Vikander are bereft of chemistry. He is supposed to fall head over heels for her womanly charms. Instead, the audience merely scoffs as director Sergie Bodrov interrupts their wooing with scene after scene of silliness. About the closest we come to anything exciting is when a giant ogre attacks Bridges and Barnes. They do the typical jump from a cliff into the waters below (“Naturally”) but at least the sequence ends in a slightly unexpected manner.

The rest of Seventh Son is rote. It resembles the overstuffed Russian fairytales that Mystery Science Theater 3000 used to feature as part of its laugh fest. In fact, had Jurassic Park not brought computer generated creatures to the forefront, one could easily see a bunch of baffling practical effects showcasing the various transforming minions of Moore’s Mother Malkin (what a dopey name). It’s Mythology 101, an author taking old school truisms and introducing them to a demo that probably won’t know what a “tome” is unless it’s spelled out specifically for them on their Kindle.

Bodrov could have overcome this by offering up a bit of vision a la Terry Gilliam. Instead, this movie is more like that god-awful Bryan Singer disaster, Jack the Giant Slayer. For her part, Moore does the best with what little she’s given, while her various associates (including Dijmon Hounsou) are nothing more than narrative placeholders. Fans of the book will be angry over the various inclusions/exclusions, but they should actually feel lucky that this material was edited. Imagine having to suffer through more than one installment of this stupidity.

A few years ago, Nicolas Cage continued his paycheck-cashing, IRS debt-settling, image-undermining career choices with something called Season of the Witch. In that glorious fiasco, everything we expected from the feature film fantasy was filtered through a thin veil of former A-lister insanity. Here, all we feel is the weight of missed opportunities and lax execution. 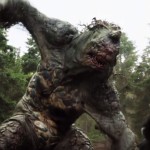 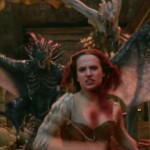 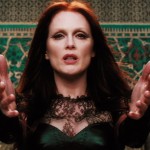