The title says it all. This is the “Second” Best Exotic Marigold Hotel movie to be made. In this demographically designed sequel, the aging female filmgoer is treated to the same sort of British acting primer as big screen sitcom, complete with overwritten complications and adored UK thesps doing what they earn handfuls of Oscars for. Almost everyone is back (those who’ve seen the original will know instantly who’s MIA), and director John Madden (Shakespeare in Love) adds Richard Gere to the festivities, arguing for the actor’s place among the pantheon of possibly past their prime performers.

Still, it’s an enjoyable romp, familiar and friendly, earnest in its easy racial shortcuts and bereft of anything that would insult its Merchant/Ivory-hungry fan base. Dev Patel’s Sonny, smelling success, decides he needs to “expand” his accommodations empire, looking for a second location while preparing to marry. Helping him in running the original Exotic Marigold Hotel is Maggie Smith’s Muriel, her disapproving nature perfect management material for the hospitality industry. Judi Dench (as Evelyn) and Bill Nighy (Douglas) continue their romantic cat and mouse, while Celia Imrie’s Madge is making time with a pair of possible (and wealthy) paramours.

Into this mix walk two new occupants — Gere’s Guy and Tamsin Grieg’s Lavinia. Both bring their own unique baggage to the film’s already overflowing luggage rack, a slightly convoluted story given negligible meaning by returning screenwriter O.I. Parker. Instead, we are watching minimally winning vignettes, the story suddenly shifting from one pre-copulating couple to another until time runs out. Dench and Smith do the best work here, their moments together sparkling with a dry English wit the rest of the movie can’t match. Similarly, Patel and his finance (Tena Desae) seem cut from one of the most ridiculous cloths ever woven. Of course, their discord is all on him, his desire to become a legitimate hotelier taking precedent over his beautiful bride to be.

It’s all a question of knowing where you’re going and not minding how you get there. It’s why people revisit the past over and over again, assured that nothing changes but enjoying the familiarity and the feelings of the journey. Because the cast is so skilled, and because Madden and Parker care little for the pragmatic and political aspects of life in India (this could technically be any sun-dappled foreign retreat), there’s no exterior threat. It’s just one elder enticement after another. The addition of Gere adds little, though one anticipates a Fawlty Towers-like turn when he’s mistaken for an inspector here to give Patel’s potential investors the lowdown on the lodging (sadly, it doesn’t happen).

In fact, for most of its run time, The Second Best Exotic Marigold Hotel feels like thumbing through the pages of a well-worn photo album. Granted, the acting is so solid that depth is added to more or less one-dimensional characters by default, but we aren’t invested in their new adventures so much as we remember how much we enjoyed their initial introduction to Sonny’s strange retirement village. This time, the overplotting feels like padding, a way to work in as much material as possible to warrant a return trip. We never fear for anyone or anything, assured by the setup that everything this is going to turn out OK. Sure, someone may die along the way, but age has a tendency to do that to a person.

Sequels often get a bad rap for being nothing more than the same thing redone a subsequent time. In the case of The Second Best Exotic Marigold Hotel, it’s a fair cop. It’s also the only reason a movie like this gets made — to repeat the charms of the previous, both with the audience and at the box office. 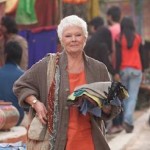 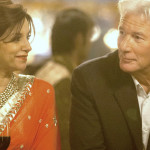 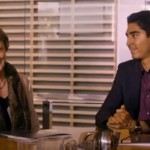