The Sacrament
By: Blake Crane

Be sure to get my less evil side.
Buy It From Amazon
Buy It On DVD
Buy It On Blu-Ray

Ti West has gone from slow burn to no burn. With The House of the Devil and The Innkeepers, the writer/director established a deliberate, atypical style for telling typical horror tales. Those films are carefully constructed around classic genre beats, but favor a sustained sense of foreboding before erupting in a frenzied final act. That same basic structure holds true for The Sacrament, but this time West is a little too methodical without enough madness.

Presented as a faux documentary, the exploration of a secluded commune is too concerned with simulated reality to effectively create a threatening tone of its own. When three journalists travel to the gated and guarded community in an unidentified location we know “something bad” is going to happen. Indeed, things at the outwardly utopian collective aren’t as they seem – which, of course, is exactly as expected – but the matter-of-fact presentation of what unfolds is dulling rather than terrifyingly immersive. It also doesn’t help that The Sacrament parallels the 1978 Jonestown massacre so closely, making it feel like a questionable reimagining of an all-too-real catastrophe.

The trek to the jungle is sparked when photographer Patrick (Kentucker Audley) receives a puzzling letter from sister Caroline (Amy Seimetz) inviting him to Eden Parish, where she has retreated after cleaning up a drug problem. Joined by VICE correspondent Sam (AJ Bowen) and cameraman Jake (Joe Swanberg), who are looking to shoot an exposé, Patrick heads down for reconciliation. A plane, a helicopter, and a truck driven by armed guides lead to their ultimate destination. Caroline cheerfully greets the trio and explains away the precautions as a matter of necessity, though she’s somewhat wary of the uninvited documentarians. Leading them through the commune, Caroline is eager to show off how perfect everything is, the quaint bungalows dotting a landscape of lush greenery and gardens. There’s even a medical center headed by a seemingly capable and rational doctor. Allowed to freely roam the grounds, Sam interviews happy residents who live in harmony under the guidance of “The Father” (Gene Jones), whose heartening voice flows through loudspeakers scattered about the compound.

West is meticulous in his setup, to the point of irritation. The first half of The Sacrament is spent establishing what we already know. There’s no question Father has a Svengali-like hold on his subjects, some true believers and some with suppressed discord behind their smiles. A bogus effort to build tension before we’re physically introduced to the charismatic leader is just a perfunctory running of the clock before getting into the disentanglement of this phony Shangri-La.

Things get slightly more interesting when Father appears, agreeing to a sit-down interview with Sam. Jones and Bowen make the central scene work; the interviewer’s pointed questions being twisted around with double-talk and self-aggrandizing rhetoric. Bowen is subtle in his move from determined journalist to somewhat admiring observer, and Jones injects reason into his ramblings with a sneaky charisma that defines such gurus. But, the standoff has no real emotional payoff and doesn’t inform what comes before or after. It’s just more statement of philosophy, made even less interesting by Sam’s direct address to the camera afterwards in which he references Father’s weirdly charming ways.

All of the characters exist in the vacuum of the familiar story, means of following through to a predictable end. Patrick merely gets us to Eden Parish, Jake is there to point and shoot, and so on. Seimetz does the best job of squeezing personality out of the limited material, injecting a ball of volatile emotion into Caroline that is ultimately just service to the overbearing plot. West offers no perspective on the events, his blunt “you-are-there” storytelling that is meant to be upsetting coming off as shallow. At best, The Sacrament is an inert thriller; at worst, it’s an exploitative packaging of a real-life horror. 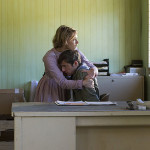 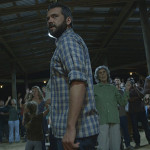 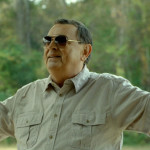 One thought on “The Sacrament”