Run All Night
By: Bill Gibron

Got a light?
Buy It From Amazon
Buy It On DVD
Buy It On Blu-Ray

As Liam Neeson continues to rack up resume entries as part of his late in life resurrection, one has to wonder if the potential audience for such films is fed-up. After all, for every decent attempt at capitalizing on his over-the-hill badass persona (A Walk Among the Tombstones), we get weak to worthless efforts like Taken 3 and The Next Three Days. His latest, the oddly titled Run All Night, falls firmly into the former category. This solid B-movie with A-list acting gets most of its magic from its potent cast. Also making things spin (and sputter) is returning Neeson collaborator Jaume Collet-Serra. Of the three films they’ve made together, this is more Unknown than Non-Stop.

When we meet doomed alcoholic hitman Jimmy Conlon, he’s telling us about what really happens when you die. According to this helpless hired muscle, your life doesn’t flash before your eyes. Instead, your regrets slowly unfold as your spirit slips away. In Jimmy’s case, there are a lot of reasons for such lamentations. Because of his occupation, he’s distant from his only son, an ex-boxer named Mike (Joel Kinnaman) with a family our hero has never met, and while he’s still in good graces with his boss, Shawn Maguire (Ed Harris), the mobster’s son Danny (Boyd Holbrook) thinks he’s a loser.

When a deal with some Eastern European gangsters falls through, Danny decides to “clean up his own mess.” He ends up killing the foreigners in front of Mike, and there can’t be any witnesses. Luckily, Jimmy shows up and stops Danny before he can hurt his kid. When told, Shawn vows revenge on the entire Conlon family, including his supposed best friend. Jimmy now has less than 12 hours to put things right, which grows more and more difficult when the police (Vincent D’Onfrio) and an outside “specialist” (Common) get involved. Fortunately, a young street tough named “Legs” (Aubrey Joseph) holds the key to setting things right — at least, for Mike.

There’s a pall that hangs over Run All Night, a sense of foreboding and dread that adds a great deal to what is, essentially, a paint by numbers thriller. We know the plotline (the trailers have given almost all of it away), we instantly recognize the stakes once the deed is done, and we simply have to sit back and find a way to stay engaged with the action until the final act/mandatory gun battle denouement. But thanks to the acting, and the attention to atmosphere by director Collet-Serra, what could have been another bland excuse to watch Neeson cash a check turns into a tightly wound excuse for suspense.

We really get involved here, witness to how much a life as a hired murderer has ruined Neeson’s Jimmy. The moments with Harris as his best friend and business associate reek of late nights, old whiskey, bad deeds, and far too many secrets. They radiate a realism that goes a long way toward keeping you engaged. Sadly, we can’t say the same for Mike. Kinnaman, who is Swedish, always looks like he’s thinking too much, as if his handle on the English language and the particular dialect he is attempting requires all of his attention.

Similarly, Holbrook is a basic cartoon, the crass son of a mobster who thinks he can do whatever he wants because his dad is well connected. We’re glad that he’s dead, but unlike the Russian thug who doesn’t care about his kid (or his fate) in John Wick, Harris has an unusually deep attachment to his kid, and we can’t understand why. It’s a weak link in an otherwise solid film (Common is also criminally underused as a hired goon who wants desperately to be the one who takes out Jimmy — again, for unknown reasons.)

With his recent announcement that he will give up action films in the next two years, Liam Neeson is finally understanding that even an aging, ass-kicking icon can overstay his welcome. Thankfully, Run All Night makes us want him to stay around a bit longer, not leave sooner. 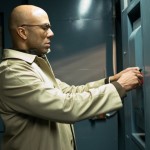 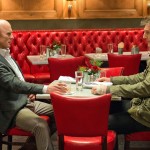 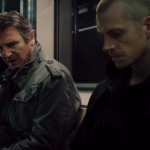 One thought on “Run All Night”