Your CVS receipt, sir.
Buy It From Amazon
Buy It On DVD
Buy It On Blu-Ray

It’s been an issue every since the dawn of cinema. At some point, every leading man finds himself faced with the prospect of becoming a character actor (and, on occasion, visa versa). Looks fade, public interest equally nosedives and the time to reinvent oneself becomes obvious. Some can manage long past their middle age, but for many, wrinkles mean reduced roles, graying hair a sign that the romantic interest for the young ingénue is no longer a viable onscreen presence.

Denzel Washington may not be ready to turn in his hunk handbook quite yet, but the aging icon is clearly feeling the need to branch out a bit. His latest film, the Dan Gilroy (Nightcrawler) penned and director character drama/thriller, Roman J. Israel, Esq. shows the heartthrob dropping his matinee idol style that’s served him so well and diving into a personality filled with quirks, idiosyncrasies, and dimension. Not just relying on his looks, the actor turns in an inspired performance. Too bad the rest of the movie lets him down on occasion.

When we first meet Roman (Washington), he is both an archetype and antique. He’s the idealistic lawyer lost in his own sense of virtue, a remnant of a time long past when standing on principle was seemingly all an attorney needed. He’s a savant, somewhere on the spectrum, whose spend his career toiling away in a family owned firm that provides lots of opportunities to do the right thing…and very little pay. Money doesn’t really matter, however. Roman is more than happy to push papers and examine complex legal issues while his partner makes all the courtroom appearances.

When said associate has a heart attack and lapses into a vegetative state, Roman’s entire life is turned upside down. Standing before a judge for the first time, disaster strikes. Down and out and desperate for work, he agrees to sign on with a faceless corporate firm run by slick, suspicious George Pierce (Colin Farrell), even though it’s the kind of situation he abhors. Then Roman gets involved with the case of a young man (Niles Fitch) accused of murder, and in a morally questionable act, does something unconscionable.

Thanks to his presence as a performer, the way in which he inhabits this highly unusual role, Denzel Washington single-handedly makes Roman J. Israel, Esq. watchable. You could even argue he’s the only reason this meandering legal mess works. We’ve seen the structure before, in everything from The Verdict to numerous John Grisham novels, and its as contrived and cliche as you imagine. Even the last act twist meant to change the entire dynamic of what we’ve seen fails to spark. You can see the message movie wants to get across, but the screed never comes.

Instead, Gilroy showcases Washington and the elaborate details of Roman’s world. From the dour apartment decked out with mementos from the past to a fashion sense straight out of a ’70s legal potboiler, this is a man of complexities and Washington wears each one magnificently. It’s so frustrating then when the film fails him. We want to see Roman succeed, to have his values vindicated and his eccentricities rewarded. He’s a character at odds with the modern world and yet he sees contemporary situations so clearly that you wonder what Gilroy is trying to say.

If ever there was a situation in which a great actor playing a complex role saves a film from itself, Roman J. Israel, Esq. is it. Awards season will smile kindly on this performance and the man playing him. Audiences, on the other hand, might object to being railroaded into caring for someone who never really gets his point across. 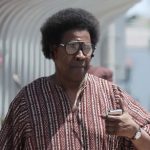 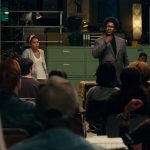 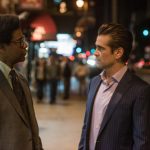