Dead or alive, you're coming... ah, skip it.
Buy It From Amazon
Buy It On DVD
Buy It On Blu-Ray

Once upon a time, a crazed Dutch director named Paul Verhoeven came to Hollywood seeking greener (read: financial) filmmaking pastures. Offered a script about a murdered police officer turned into a robot, he initially balked. After rereading the material a second time, he saw parallels to the story of Jesus Christ, and in one of those bizarre fits of creative genius, he ran with it.

One ultraviolent satire later and Verhoeven had forged one of the ’80s most memorable films – Robocop. So, naturally, something this beloved and obsessed over had to be remade. Hollywood hates it when something tries to stand on its own past legacy. The good news is that Robocop circa 2014 is not a complete and utter failure. The bad news is that it’s pretty damn close.

While working on a case involving a gun running mobster (Patrick Garrow), Detroit police officer Alex Murphy (The Killing‘s Joel Kinnaman) and his partner (Michael K. Williams) are ambushed. Apparently, someone in their department is working with the bad guys. While his buddy recuperates, our hero is the target of an assassination attempt, leaving him badly disfigured and disabled. Enter Dr. Dennet Norton (Gary Oldman) and OmniCorp overlord Raymond Sellars (Michael Keaton).

Trying to get Congress to repeal a law banning robots from law enforcement, they believe that putting “a man inside the machine” will help their cause. With Mrs. Murphy’s (Abbie Cornish) permission, Alex is outfitted ala The Six Million Dollar man and dubbed “Robocop.” At first, he is nothing more than a PR stunt. But when he breaks protocol and goes rogue, he threatens to reveal the connection between the criminals and the corporation. With the help of his military tactician (Jackie Earle Haley), Sellars wants Robocop stopped by any means necessary.

It’s easy to see what’s wrong with this remake of Robocop. It’s right up there on the screen for everyone to see and its name is… Joel Kinnaman. Looking like a combination of Jon Stewart and Matt Frewer, this otherwise decent actor is consistently outclassed by the amazing work being done around him. It stands to reason that Gary Oldman, Samuel L. Jackson, Jackie Earle Haley, and Michael Keaton would act rings around him, but Abbie Cornish? Or Jay Baruchel?

Indeed, Kinnaman is the dying center of an already stillborn strategy, a film that feels like five different ideas tossed in a blender and unsuccessfully pureed. We get the whole OCP corporate espionage angle (too much of it, actually), the desire by Murphy to avenge his death (via a lax vendetta against an equally uninvolving villain), the broken home family situations, the inner police department corruption… oh yeah, and the future Detroit in desperate need of some effective law enforcement. There’s even a War on Terror/U.S. government subplot to contend with.

That’s just too much for director José Padilha to handle. He’s a juggler here, desperately trying to keep his numerous narrative balls in play. While the use of Jackson as farcical Fox News social commentary works, it seems lifted from another film altogether. Similarly, the tech we see everywhere in the film hasn’t translated down to this dystopia. Detroit looks like Any Decaying City USA, and there are no future shock updates to peek our curiosity. Without the robot soldiers and the underused ED-209s everywhere, we could be in any non-specific era.

While it acknowledges the past in a couple of clever ways and serves as a semi-satisfying if perfunctory two hours of escapism, this update is really nothing more than a pile of Robo-crap. It’s so DOA that not even Verhoeven’s version of the character could resurrect it. 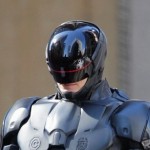 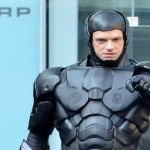 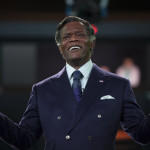