Have you heard... about the bird?
Buy It From Amazon
Buy It On DVD
Buy It On Blu-Ray

Attention moviegoers: the family film is dead. Now, there is irony in drawing that conclusion, especially with Disney’s Frozen just passing the billion dollar mark (it is now considered the most successful animated film of all time). But the truth remains that Hollywood, having long mastered the art of demographic micromanagement, has found a way to turn the once viable “eight to 80” production into a product for the elementary school set only. Case in point — the Despicable Me franchise. Once the Minions became the chief marketing tool (and draw), the appropriate audience was ID’d and everything started to revolve around it.

The same can be said for Rio 2. A sequel to the surprisingly successful film about almost extinct blue Spix Macaws and their owners’ efforts to get them together, all remnants of a more mature storytelling or humor have been abandoned for cherry-picked juvenilia and a narrative so busy it explodes across the screen like a billion holiday fireworks. The story remains centered on Blu (voiced by Jesse Eisenberg), a domesticated fowl who is having a hard time adjusting to life in Brazil with his wild bird bride Jewel (Anne Hathaway) and their three chick children. When human owners Linda (Leslie Mann) and Tulio (Rodrigo Santoro) head off into the Amazon, they discover more of the supposedly wiped out species.

Jewel immediately wants to take off to the jungle. Blu is not so excited about the trip. They bring pals Pedro (will.i.am), Nico (Jamie Foxx), and Rafael (George Lopez) along since the trio is looking for talent to feature at Carnival. Once in the wild, they meet up with the birds, who turn out to be members of Jewel’s extended bloodline. Driven deep into the thicket by an illegal logging concern owned by the Big Boss (Miguel Ferrer), the group includes her father (Andy Garcia), her aunt (Rita Moreno), and her old love interest, Roberto (Bruno Mars). Almost immediately, Jewel feels at home and wants to stay. Blu can’t cope with living like this. In the meantime, old cockatoo nemesis Nigel (Jemaine Clement) plots revenge with his poison frog sidekick Gabi (Kristin Chenoweth).

Rio 2 is the cinematic equivalent of a hyperactive child after a double dose of Pixie Sticks (with a Hawaiian Punch chaser). It’s loud, colorful, busy, and utterly without complexity. Instead of working on the character of our two leads, making them more likeable or legitimate, returning director Carlos Saldanha and a compendium of four writers just keep throwing pitfalls into the plot. There’s at least seven specific “enemies” Blu must overcome (fear of the wild, angry father in law, previous bird boyfriend, a rival flock, his own family failings, the construction crew, and Nigel), turning the tale into something akin to a video game with numerous bosses to defeat. Add in the almost non-stop singing and Rio 2 is almost a Playstation operetta.

What it really is, however, is a movie made for kids, by people who have the perfect pre-programmed content for same. No subtlety. No satire. No scares. A supposed “war” between Jewel’s clan and a bunch of rowdy red parrots ends up being far more sedate. The constantly threatened “poisoning” from our chipper little toad is also a first-grade reading level red herring. The overall approach here is indicative of the now DOA all-ages entertainment. Rio 2 just keeps throwing stuff at the viewer, hoping it will occupy their still-developing mind while avoiding palpable contrivances and coincidences that only their out of the loop parents would pick up on.

Of course Rio 2 will make money. It was precisely engineered to do so. That doesn’t make it a good movie, however. At least Disney and Pixar pretend to include everyone in their attempts at wholesome eye candy fun. With this overly sweet selection, the all-inclusive family experience is officially no more. 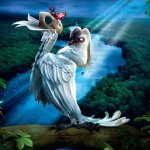 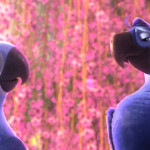 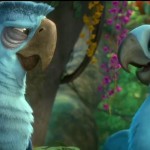